The latest trailer for “Star Wars: The Force Awakens” debuted on ESPN during this week’s Monday night football game, perhaps the most anticipated halftime outside of a Super Bowl.

Meet the faces of the new 'Star Wars'

The trailer introduces us once again to Daisy Ridley’s Rey and John Boyega’s Finn, before kicking into high gear with glimpses of Han Solo, Chewbacca and Princess Leia, not to mention the evil Kylo Ren, space battles and all we’re used to seeing from the best “Star Wars” movies.

The film is set decades after “Return of the Jedi.” And as the trailer shows, the younger characters aren’t sure the stories about the Jedi are real. Han assures them everything they’ve heard is true.

Meanwhile, Kylo Ren is set on finishing what Darth Vader started (one would guess that means wiping out any vestiges of the Jedi at least).

Director J.J. Abrams prefaced the trailer with a note to fans: “I don’t care if you’re black, white, brown, Jawa, Wookiee, Jedi or Sith. I just hope you like it!”

Reaction was immediate on social media (just hours after there was a virtual run on tickets on sites like Fandango.com).

Rewound and watched that Star Wars trailer like 3 times 😍

“So many little moments in that trailer have more life & more “Star Wars” than all of the prequels combined. Dear God…” said someone using the Twitter handle @MysteryCr8tve.

So many little moments in that trailer have more life & more "Star Wars" than all of the prequels combined. Dear God...

Tim Turi tweeted, “I was going to just hold off on watching the Star Wars trailer like a purist. Then I watched it. And now I’ve got a lump in my throat.”

My Reaction to #StarWars "The Force Awakens" Trailer! 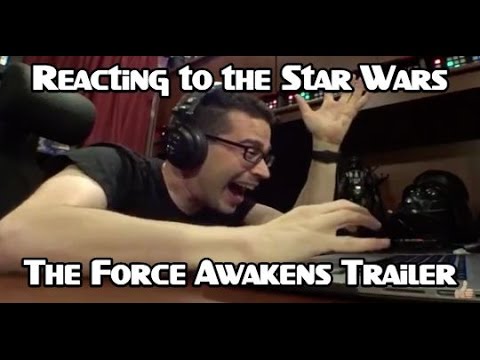 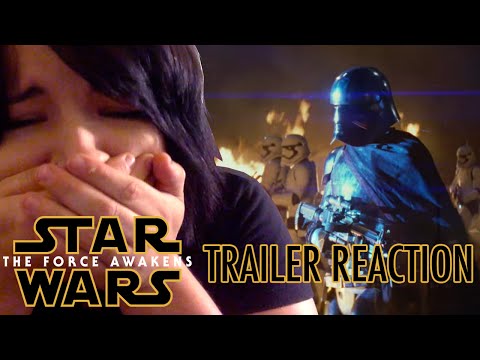 Like the other “Force Awakens” trailers, fans across the board raved about the trailer, which is sure to be dissected frame by frame in the hours to come.

The reaction was so rapturous (combined with some frustration about ticket difficulties) that it was a very unique night to be a “Star Wars” fan, with many comparing it to the feelings they felt seeing the original trilogy.

Is "I was too excited about Star Wars to sleep" an appropriate reason to call in sick?

before you watch the star wars trailer / after pic.twitter.com/xeHzk6EkVp

Even Ridley and Boyega couldn’t resist watching and geeking out.

Watch it below: it’s your last big look at the movie until December 18, 2015 (that is, if your town’s tickets aren’t already sold out).

The Force. It’s calling to you. Tickets on sale now: https://t.co/PwNxYwmCEe #TheForceAwakenshttps://t.co/UxAgY5MejQ