What did ‘Back to the Future II’ get right?

"Back to the Future Day" is Wednesday

"Back to the Future Part II," set in 2015, got some predictions right

“Back to the Future” Day is Wednesday, and fans are tallying up the 1989 film’s predictions of life in the year 2015.

How did the movie do? Here are some of its hits and misses:

The film features several scenes of characters watching screens very much like the oversize ones we actually use these days. That’s saying something, because most TVs of the 1980s were heavy, square appliances with bulky picture tubes. Some of them even came in wood-grain cabinets like furniture!

Welcome, ‘Back to the Future’ Day

Also, the “BTTF II” characters talk to the screens just like we do today. Not bad, given that videophones – though long promised – barely existed in 1989.

Despite the recent Lexus commercial showing skateboard aces skimming around a skatepark on maglev hoverboards, the technology just isn’t there yet. The Lexus hoverboard requires a special surface to ride on, as does a rival, the Hendo.

Another hoverboard, the Omni, is essentially a skateboard with helicopter rotors. Sorry, we’ll just have to wait a little longer before flying around Hill Valley is commonplace.

DeLorean: The story behind the car that made time travel stylish

During a crucial scene in the film, a USA Today drone can be flying around the Hill Valley courthouse taking pictures. Major media companies, including CNN, are now looking into using the tech for news purposes.

Our intrepid time traveler, Marty McFly, plays an arcade game called “Wild Gunman” at Café 80’s in 2015. Two kids are shocked that McFly has to use his hands to play, calling it a “baby’s game.” Thanks to products like Xbox Kinect, hands-free video games are now pretty commonplace.

Try our ‘Back to the Future’ quiz

The less said about the custom of wearing two ties at the same time, the better. However, the movie did get the concept of everyday athletic apparel right.

Pepsi is still around, and the beverage company wasn’t going to miss a chance to put out a limited-edition Pepsi Perfect like the one Marty orders in the film. But the key words are “limited edition.” Similarly, in reality, “Jaws” only made it to “Jaws: The Revenge” (the fourth film in the series), but that didn’t stop Universal from putting out a fake trailer for “BTTF II’s” “Jaws 19.” 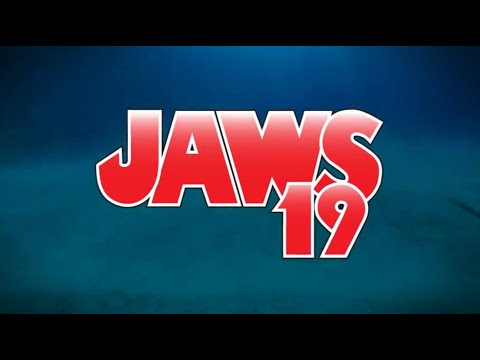 But there’s a Pizza Hut in town, and the McFly family is shown chowing down on a pie. Some things never go out of style.

Christopher Lloyd on the timeless charm of ‘Back to the Future’

Some futures just aren’t knowable … yet.