Is virtual reality set to take off in Africa?

By Will Worley, for CNN
Updated 12:51 PM EST, Mon November 2, 2015
Link Copied!
A woman tries a virtual reality headset at the African Futures Exhibition at the Goethe-Institut, Johannesburg.
LERATO MADUNA

African creatives are exploring virtual reality as a medium for storytelling

Costs of production and accessibility present challenges on the continent

Virtual reality, or VR, is set to take Africa by storm. The development of immersive environments is still very new but the continent’s cutting-edge creatives are already recognizing the opportunities to use VR to tell new stories in new ways.

“I tell stories around my collections and I have always had film in my mind. VR I think is the closest medium to what I want to express and the universe I want to create,” says Senegalese fashion designer Selly Raby Kane.

Andrew Kaggia, a Nairobi- based game developer and animator, explains the interest in VR further: “I feel that we as Africans have so many stories that have yet to reach a major platform. There a number of things I am thinking about, particularly along the lines of African mythology and legends.”

Kane and Kaggia joined other African creatives at the end of October at a workshop co-curated by South African film producer Steven Markovitz, as part of the African Futures festival in Johannesburg.

“VR is a new format in its infancy, and it’s an opportunity for Africa to get involved at a very early stage and be part of the global conversation,” says Markovitz. “All the work I do is to challenge the dominant narrative and show Africa as a dynamic, nuanced continent.” Through the immersive aspect of VR, he continues, “you can develop more empathy or understanding and challenge prejudices or misconceptions.” 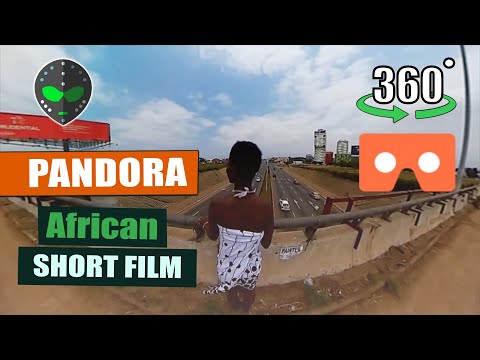 Dotse had initially planned to use VR content found online, but decided it would be much more interesting to “create local content in Accra that would have a more profound impact on the people who viewed that experience. It would bring the experience home.”

The writer then set about creating his own virtual reality headset to display his work, with the initial design based on the Google Cardboard. The challenges of the process highlight some of the key issues for VR in Africa: cost and access.

“Accessibility was a concern of mine,” admits Kaggia. “At the end of the day, it doesn’t matter how good the technology is, if there is a lack of distribution, then we have a problem.”

However, Kaggia is optimistic that these challenges are surmountable. He points to the falling costs of some VR devices, and the proliferation of DIY kits made of cheap materials which can be used with smartphones. “You don’t have to have an [cutting edge device] Oculus. As long as you are willing to find out how to access one, I think it becomes easier for people.”

Dotse has already been working with his alma mater, Ashesi University, to research the possibilities of 3D printing for VR devices. He also recognizes that affordability is necessary for accessibility. “We’re not targeting an elite market,” he says, “We want it to be available to the mass audience.”

A man with a cardboard Virtual Reality headset. Cheap materials could make VR accessible to a mass market.
LERATO MADUNA

As with every new technology the question of how to commercialize it is one these early adopters are grappling with. Selly tinkers with the idea of people using VR as a tourism tool. “It would be great for someone who wants to discover Dakar [Senegal’s capital city] to discover it through VR, in an intuitive way.”

“For anyone working with media, you need to develop a model on how you can make a living,” says Markowitz. “We can have passion projects where we can express what we really want to say, and then we must have a sustainable model, producing industrial applications, in education and so on. A mixed economy is needed to be able to flourish.”

It is this ‘mixed economy’ that excites Kaggia. “Beyond gaming, I really want to explore the full range of opportunity that VR can handle,” he says.

“I really feel like we can do something big. It’s important to collaborate, rather than just working by yourself, and that way we can build an industry. It really is top of my list.”