Who is the woman behind North Korea’s news?

One of North Korea’s most familiar faces is back.

Television anchor Ri Chun-hee delivered the news Sunday that the country had successfully sent a satellite into space.

“The fascinating vapor of Juche satellite trailing in the clear and blue sky in spring of February on the threshold of the Day of the Shining Star, the greatest national holiday of Kim Il Sung’s Korea, is a gift of most intense loyalty…” she said, after announcing details of the launch.

Just one month ago, Ri appeared before the nation – and the world – to announce that Pyongyang had tested a hydrogen bomb.

North Korea’s most famous anchor was reportedly born in 1943 and trained as an actress before taking to the air with North Korea’s only television channel in 1971.

Known as the “people’s broadcaster” she then graced the nation’s screens for the next 40 years, using her extensive dramatic range to deliver broadcasts in a variety of tones – ranging from the mournful to the downright menacing.

While out of the limelight lately, Ri Chun-hee has held the nation’s hand through many a difficult moment.

She broke the news of the passing of Supreme Leader Kim Il Sung in 1994, weeping her way through the broadcast.

She stoically reassured the population during escalated tension between North Korea and South Korea in 2010, and gravely wept again when second-generation leader Kim Jong Il died in 2011. 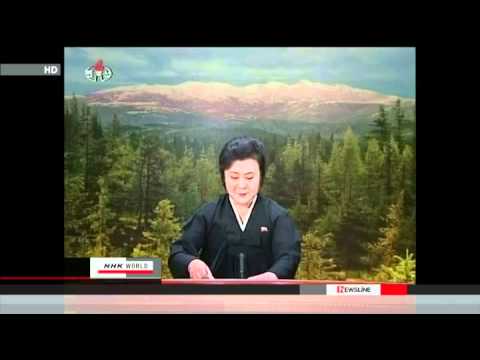 But in 2012, the 69-year-old gave an interview to CCTV announcing she was ready to take a back seat.

“Many anchor women now are very young and beautiful,” she conceded modestly. “And far more suitable to appear before the viewers.”

She also let the Chinese broadcaster into some of her tricks of the trade; she informed them she believed every anchor should have their own style to impress viewers with. She also said that different tones should be adopted, depending on the subject matter.

“When we read to the DPRK (the Democratic People’s Republic of Korea, the country’s official name) we shouldn’t sound as if we are shouting, but speak gently to viewers,” she said.

She then exemplified her “mild” tone with a friendly and impromptu Lunar New Year broadcast.

Her colorful demeanor has garnered her more than a few Internet admirers over the years. She’s been satirized both abroad and at home, has more than one Facebook group to her name. In 2010 she briefly became a Chinese viral hit.

But what she’s better known for across the English-speaking world is the tone she employs for matters of serious gravitas.

“It kind of reminds me of what George Orwell was talking about in 1984, when he talked about the two-minute hate.”

“It’s a voice just laden with scorn and hate.”