42% of video games featured characters smoking, according to a study

Hundreds of video games come out every year. Avid gamers have at least 326 news ones to look forward to in 2016.

If previous years are any indication, many of these games will contain images of cigarettes and tobacco use. Experts worry they could lead young people, who clock hours a day playing video games, to start smoking.

Some 42% of video games featured characters smoking cigarettes, cigars, e-cigarettes and other products or made references to these products and smoking equipment, according to a study published in September.

Researchers at the University of California San Francisco found that limited their search to the 118 games released between 1994 and 2015 that were rated by the Entertainment Software Ratings Board, an independent regulatory body that makes age recommendations for games.

Although there is ample research showing that images of smoking in movies influences young people, much less is known about the effect of tobacco references in video games. Adolescents from 12 and 17 who see the greatest amount of smoking in movies are about twice as likely to start smoking as those with the least exposure, according to a U.S. surgeon general’s report.

Video games could be even more influential than movies, said Robin Koval, chief executive officer and president of Truth Initiative, a tobacco-control advocacy organization in Washington.

“We know video games are much more immersive (than movies) and frequently played by young people … those who play games spend even more time playing them than (time spent) on social media,” Koval said.

A visitor plays the computer game "World of Warcraft" at the world's biggest high-tech fair, the CeBIT on March 4, 2010 in the northern German city of Hanover. Some 4,157 companies from 68 countries are displaying their latest gadgets at the fair taking place from March 2 to 6, 2010. AFP PHOTO DDP/ NIGEL TREBLIN GERMANY OUT (Photo credit should read NIGEL TREBLIN/AFP/Getty Images)
NIGEL TREBLIN/DDP/AFP/Getty Images

When video games become an addiction

“The influence (of video games) might even be stronger (than movies), both because of large exposures from repeated play and because of the highly personal, active nature of video game play,” said Dr. Brian A. Primack, associate professor of medicine and pediatrics at University of Pittsburgh who has done research on the effect of smoking in movies on adolescents.

The representation of tobacco use in video games also seems to be largely positive. Researchers at the Truth Initiative interviewed 44 young people ages 15 to 21 about their impressions of smoking in games.

In a YouTube video the organization posted in December, interview participants reported that the characters who smoke are seen as “bad ass” and “look more in charge.” “These are the cool characters, the more powerful characters,” Koval said.

However, using smoking to signify cool or powerful is antiquated on the part of game makers.

“A lot of young people don’t like smoking. … I don’t think there’s a strong majority of kids saying ‘Put more tobacco in these games, we really like that,’ ” Koval said. “I’m kind of surprised. Why aren’t people designing games to reflect thoughts of young people?”

Whether or not smoking is out of touch with what young people want, it has only become more common in video games over the past decade. A 2012 study found that, among the games that the ESRB rating system deems appropriate for people 10 and older, the number that contain characters that use tobacco or references to tobacco has increased from less than 1% in 2005 to more than 12% in 2011.

The tobacco content in video games really started to shoot up around 2005, which is also when smoking in U.S. films started to wane, said James Thrasher, associate professor in the Arnold School of Public Health at University of South Carolina who led the research for the 2012 study.

It is not publicly known whether tobacco companies pay video game makers to feature cigarettes and other products in games, Thrasher said.

“(But) there would be lots of ways for the tobacco industry or representatives to muck around or pay off for product placement in video games just because the [gaming] industry is more flexible and dynamic than the film industry” and video games come out much more frequently than movies, Thrasher said. 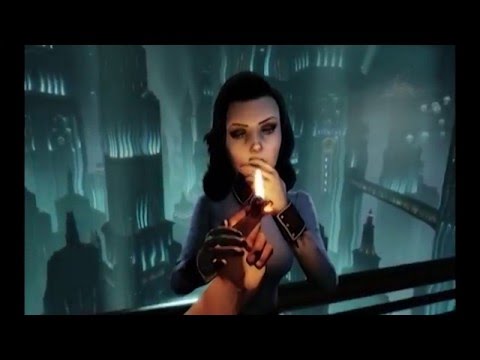 To make matters worse, it may often be hard to find out which video games contain smoking characters and other tobacco references. The study in September by the University of California San Francisco found that only 8% of the games they reviewed were described by the ESRB as containing tobacco, whereas 42% of them actually did.

“[This study] would suggest that the ESRB system is not adequately capturing tobacco content,” Primack.

The ESRB system allows game makers to submit information about their products, which independent reviewers use to determine the appropriate rating, similar to movie ratings. Although the system is independent, it is sponsored by the gaming industry.

The system could be strengthened to make it more reliable, Thrasher said. More money would allow ESRB reviewers to conduct more independent evaluations of games, rather than just rely on what game makers tell them. Another tactic would be to have game makers sign an agreement they didn’t receive money from tobacco companies if their games have tobacco content, Thrasher added.

However, the ESRB ratings really only serve to let parents know more about the games their children are playing, Thrasher said. It is not against the law to sell games rated as “M” for mature to people younger than 17.

Parents can get a better handle on what their kids are playing by watching them play and talking with them about the content, Koval said.

“One of the things that’s always true is that if you raise awareness with young people as to the fact that you’re being influenced by others, that’s just the first step (because) young people do not like being manipulated,” she added.

“There’s an opportunity for parents and the gaming community itself to make it known that these games are tons of fun to play without having to include smoking in them,” Koval said.