Everything you always wanted to know about voting in Guam

Guam and the Northern Mariana Islands weigh in on the W.H. race

The road to the White House doesn’t get much longer than this.

On Saturday, some 8,000 miles from the nation’s capital, voters in the far-flung U.S. Pacific Ocean territories will get their say in this hotly-contested and often whacky presidential primary season.

Republicans in Guam get the contests underway, with the Northern Mariana Islands’ Democratic caucuses following a few hours later. GOP conventions in Wyoming and Washington, D.C., come later in the day, making for almost 27 hours of non-stop voting.

Want to know more? You should.

Where are the Northern Mariana Islands?

About 5,800 miles south-southwest from California’s Pacific shore, the Commonwealth of the Northern Mariana Islands are so far west that they are, technically, east – 15 hours ahead of New York and Washington, D.C.

They’re much closer to Japan – just 1,500 miles south. The island of Tinian, one of the three main inhabited CNMI locations and home to a Saturday caucus site, was a critical strategic position in the Pacific theater of World War II. The “Enola Gay,” a B-29 plane that dropped an atomic bomb on Hiroshima in 1945, took off from Tinian’s North Airfield, according to the Atomic Heritage Foundation. 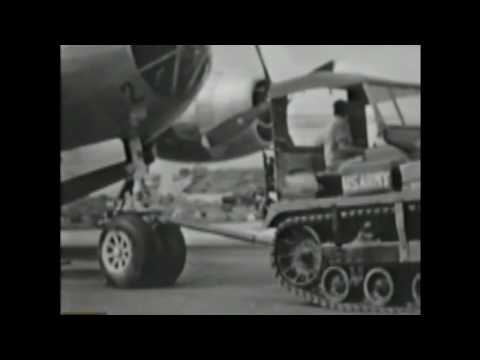 The Northern Mariana Islands are a U.S. Commonwealth, meaning people born there are considered natural-born American citizens. This has created some controversy of late, according to USA Today, with the islands’ governor accusing the Chinese of “birth tourism” – or traveling to the CNMI to give birth to guarantee U.S. citizenship for their children.

But the rights of a citizen in the Northern Mariana Islands, at least when it comes to elections, are limited. The primaries are about as far as the islands, with a population of more than 50,000, go in determining the next president, because they do not have a vote in the general election.

That’s not to say their contributions aren’t appreciated or sought after. Before the 2012 contest, Republican Mitt Romney’s son Matt visited the capital of Saipan and was treated to a “warm reception,” according to a statement from the campaign after it won the vote there with 740 of the 848 ballots cast.

This year, the Democratic caucuses, which will decide the fate of their six delegates, begin at around 6 p.m. Chamorro Standard Time.

There isn’t any polling out of the Commonwealth, but the CNMI’s non-voting delegate in Congress, Gregorio Kilili Camacho Sablan, an independent with ties to the Democratic Party, endorsed Hillary Clinton for president in January. Meanwhile, Bernie Sanders supporters on reddit have been scrambling to organize ahead of the vote.

What’s at stake in Guam?

Guam, home to a large and growing military base, will send six delegates to the Republican National Convention in Cleveland this summer. But GOP caucus-goers on the North Pacific island territory will not hold a formal presidential preference poll, so their loyalties won’t be bound Saturday.

Still, this far-off nominating fight doesn’t figure to be any less contentious what we’ve seen over the last few weeks. On Saturday, the Pacific Daily News reports, 350 Republicans selected “at the village level” will gather in the tourist center of Tumon to elect delegates.

One of the local party leaders has already declared his allegiance to Ted Cruz and Donald Trump’s campaign put word out in a recent statement that his election would “restore equality and fairness to all citizens, especially those that have been ignored for too long.”

Also like their Northern Mariana neighbors about 130 miles to the north, Guam’s influence on the election of a new president ends with the party primaries. Being born in the territory grants you citizenship, but not – assuming you live there – a vote in November.

Is there voting anywhere else on Saturday – and should I care?

Yes and you bet!

There has been some drama in Washington, D.C., whose Republicans initially allotted just six hours for voting, from 10 a.m. ET to 4 p.m. ET. But in response to the protests of a local rabbi, they have extended the deadline for Sabbath observant Jewish voters to 9 p.m. ET.

At stake in D.C.: 19 delegates, with a 15% threshold for winning a proportional share and a trigger that would award the whole stash to any candidate scoring a majority of the vote.

And then there’s Wyoming.

Saturday marks the second step in the state GOP’s long primary process, its county conventions, which will decide 12 of the state’s 26 at-stake delegates. The other 14 will be elected on April 16. Like in Guam, however, those delegates are unbound, meaning they can vote for their candidate of choice this summer.

Why does that matter?

Consider this: In places like Iowa – and just about everywhere else – delegates to the national convention are required (on the first ballot) to vote according to the state’s primary or caucus results.

In most years, Wyoming’s rules would make it an afterthought to the campaigns. But with the potential for a contested or brokered national convention on the horizon, those delegates could soon become some of the most powerful men and women in all Republican politics.