However, she says, the way people treat you after you are involved with it isn't worth it

Olson was one of Charlie Sheen’s live-in “goddesses” who shared his home with other women during his 2011 meltdown.

Olson estimates she was making $30,000 to $60,000 a month in the adult film industry before she gave up her career and parted ways with Sheen.

Since then, she’s been trying to transition into mainstream life, but it hasn’t been easy. Olson shared her struggles in a video for the digital interview series, “Real Women, Real Stories.” 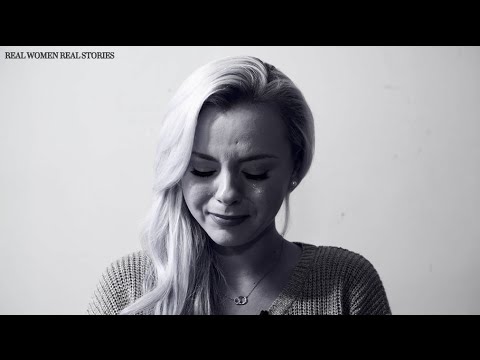 She said she has trouble finding work and making friends. No one wants anything to do with her after they find out about her former life. Without giving details, she said people who recognize her in public call her ugly, demeaning names.

“When I go out, I feel as if I’m wearing ‘slut’ across my forehead,” she said in the video interview, which was posted online last week and is making the rounds in feminist circles on social media.

“I have really gotten to the point where there are days to weeks at time where I don’t leave the house because I don’t feel like facing the world,” she said. “People treat me as if I am a pedophile. They don’t treat me like an ex-sex worker. They treat me like I would somehow be damaging to children.”

The curator of “Real Women, Real Stories,” Matan Uziel, told CNN he launched the series to empower women by highlighting their struggles, challenging stereotypes and raising money for causes that support girls’ and women’s education.

“Today, unfortunately women are seriously under-represented across nearly all sectors of society around the globe. I believe that with that proper exposure, we can minimize the destruction and even reverse some negative trends against women,” he told CNN in an email. “In our next episodes, we want to keep spotlighting provocative stories about women that you don’t get to access through magazines and reality television.”

When Olson is asked in the video how she would like to be treated, the question appears to catch her off guard. She brings her hands to her mouth, falling silent as tears fill her eyes.

“I would be so happy,” she continues. “I never even thought of that before. But it will never happen. That’s probably why I don’t think about it.”

“I’ll never put a child through this,” she said. “Even with the best private education and great parenting, the parents will talk and the children will hear and my child would be ostracized.”

She also fears that her past will derail her goal of having a traditional career.

“I’d love to go back to college and work for some amazing company, be it health care, children, some other type of firm, and I’d work my way right to the top – but I am hit with harsh realities constantly,” she told CNN.

“People say, change your hair color, move to another state. Ha! People know me by voice alone. I can’t run. I can’t hide. I have to face this. Anonymity is something I’ll never know. Even with all the surgeries, relocating, years of school, all it takes is one person to blow everything,” she said.