A moon, MK2, has been discovered orbiting the dwarf planet Makemake

It is around two-thirds the size of Pluto

Orbiting a tiny planet at the far reaches of our solar system is an even tinier, pitch-black moon, NASA’s Hubble telescope has revealed.

The moon – nicknamed MK2 – orbits Makemake, the second brightest icy dwarf planet, after Pluto, in the Kuiper belt, the huge mass of comets, frozen rocks and other objects orbiting the sun beyond Neptune.

It was discovered by scientists at the Space Telescope Science Institute and the Southwest Research Institute, using the Hubble space telescope.

Makemake, named for the creation deity of the Rapa Nui people of Easter Island, has a diameter of 870 miles, around a 10th of the size of Earth and two-thirds that of Pluto. MK2 is smaller still, with a diameter of just 100 miles. 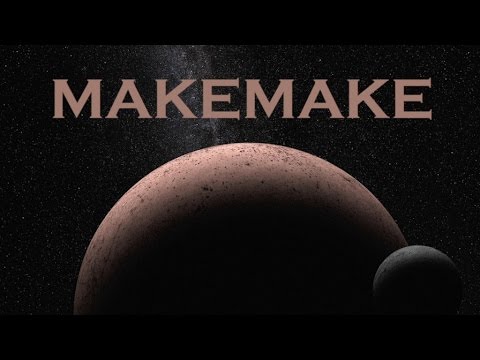 The discovery of Makemake, along with fellow dwarf planets Ceres, Eris and Haumea, was the primary reason for the reclassification of Pluto in 2006 as a dwarf planet.

Finding a moon orbiting Makemake only reinforces the unfortunate fact for Pluto lovers that the one-time ninth planet is not as special as once thought.

“This new discovery opens a new chapter in comparative planetology in the outer solar system,” Marc Buie of the Southwest Research Institute said in a statement.

As scientists observe the moon and its orbit more closely, they hope to gain insight into its origin.

A tight circular orbit would indicate that it was most likely formed as a result of a collision between Makemake and another Kuiper belt object, whereas a wider, elongated orbit would suggest the moon is in a captured orbit, sucked into orbit around the dwarf planet.

“Either event would have likely occurred several billion years ago, when the solar system was young,” the Hubble team said.

The discovery of Makemake’s moon isn’t the only recent expansion of our solar system’s known objects.

In January, scientists said they had found evidence of a theorized ninth planet orbiting the sun at a distance of more than 65 billion miles.

Ninth planet may have been discovered, researchers say

While the planet has yet to be observed, scientists estimate it would have a mass about 10 times that of Earth, and would take up to 20,000 years to complete an orbit around our star.