By Lisa Respers France, CNN
Updated 12:50 PM EDT, Fri May 6, 2016
Link Copied!
Ad Feedback
From his television appearances in the 1990s to the 2016 animated film "Trolls," singer Justin Timberlake has been on quite a roll with his career.
Michael Loccisano/Getty Images
In 1993, Timberlake was singing, dancing and acting in the Disney Channel's "The Mickey Mouse Club" alongside a group that would later become a who's-who of teenage idols. Here, clockwise from upper center, are Nikki DeLoach, Timberlake, Christina Aguilera, Britney Spears, Ryan Gosling, T.J. Fantini and Tate Lynche.
Everett Collection
Timberlake graduated from the Mickey Mouse Club, and in 1998 he began singing with the new boy band 'N Sync. Over the next five years, the group would sell 42 million records worldwide, according to their website.
Frank Micelotta/ImageDirect
In 2000, 'N Sync's "No Strings Attached" was the top-selling album of the year and Timberlake's picture was hanging inside the locker of teenage girls around the world.
Brenda Chase/Getty Images
Also in 2000, Timberlake starred alongside Maggie Lawson and Kathie Lee Gifford in Disney's TV movie "Model Behavior."
Disney Channel
The band 'N Sync performs at the 2000 MTV Movie Awards. "No Strings Attached" finished as the best-selling album of 2000. The song "Bye Bye Bye" was nominated for Song of the Year at the Grammy Awards.
Frank Micelotta/ImageDirect
Timberlake and singer Britney Spears dated from 1999 to 2002. Here, they attend the American Music Awards in 2001.
LUCY NICHOLSON/AFP/Getty Images
From left, Timberlake, Steven Tyler, Spears and Nelly perform during the 2001 Super Bowl halftime show.
Jeff Kravitz/FilmMagic/Getty Images
By 2002, 'N Sync went on hiatus. Then Timberlake launched the solo career that would define his next decade. Here, he hosts the 2003 MTV Movie Awards with Seann William Scott.
Robert Mora/Getty Images
At the 2004 Grammy Awards, Timberlake won best male pop vocal performance and best pop vocal album for his solo debut "Justified." Among the hit songs on the album: "Rock Your Body," "Cry Me a River" and "Like I Love You."
Frederick M. Brown/Getty Images
While performing with Janet Jackson at the Super Bowl halftime show in 2004, Timberlake popped off part of Jackson's corset, exposing her breast. The reveal raised quite a ruckus, and the Federal Communications Commission ordered an investigation.
Frank Micelotta/Getty Images
Timberlake's sophomore album, the club-friendly "FutureSex/LoveSounds," gave us hits (and new vernacular) like "Sexy Back" and "What Goes Around ... Comes Around." That 2006 album was the last new music we'd hear from Timberlake until 2013, but his acting career expanded during that time. Here, he appears in the 2006 movie "Alpha Dog."
New Line Cinema
JT lent his voice to 2007's "Shrek the Third." The film also features the vocal talents of Cameron Diaz, who reportedly dated Timberlake on and off from 2003 to 2007.
Franco Origlia /Getty Images
In 2008, Timberlake and Beyonce perform at Conde Nast Media Group's Fashion Rocks event in New York.
Stephen Lovekin/Getty Images
Timberlake and actress Jessica Biel, who were first linked in 2007, attend the Met Gala in 2009.
Larry Busacca/Getty Images
Timberlake played Sean Parker in the Academy Award-nominated film "The Social Network" in 2010.
Columbia Pictures
Timberlake gave a voice to Boo Boo in 2010's live-action comedy "Yogi Bear." Dan Aykroyd voiced Yogi.
Kevork Djansezian/Getty Images
Mila Kunis and Timberlake play friends-turned-lovers in 2011's "Friends with Benefits."
Screen Gems
Timberlake and Diaz put their breakup behind them to co-star in 2011's "Bad Teacher."
Columbia Pictures
Timberlake and Biel smooch for the cameras at a basketball game in 2012. Despite remaining mum on the topic, the pair reportedly got engaged in December 2011. In October 2012, they were married in an intimate ceremony in Italy.
Noel Vasquez/Getty Images
Amy Adams, Timberlake and Clint Eastwood star in 2012's "Trouble with the Curve."
Warner Bros. Pictures
Timberlake and Jay-Z perform "Suit & Tie" at the 2013 Grammy Awards. Timberlake's album "The 20/20 Experience" was a big seller in 2013, and he also released a second volume, "The 20/20 Experience - 2 of 2."
Christopher Polk/Getty Images for NARAS
Timberlake's crime drama "Runner Runner," co-starring Ben Affleck, didn't go over well with critics, and it flailed at the box office in 2013.
20th Century Fox
GQ named Timberlake one of its Men of the Year in 2013.
Sebastian Kim / GQ
Timberlake, part of an exclusive club of people who have hosted "Saturday Night Live" five times, "wraps" with Jimmy Fallon during a skit in December 2013.
Dana Edelson/NBC/NBCU Photo Bank via Getty Images
Timberlake shares a photo of his son, Silas, who Biel gave birth to in April 2015.
Twitter
Timberlake joins Chris Stapleton at the CMA Awards in November.
Rick Diamond/Getty Images
Timberlake and Biel arrive at the Vanity Fair Oscar Party in February. A couple months later, he released a new single, "Can't Stop the Feeling." It's featured on the soundtrack of the animated movie "Trolls," in which he voices one of the characters.
John Shearer/Getty Images

The rise of Justin Timberlake

If Friday had a sound, it would be Justin Timberlake’s “Can’t Stop the Feeling.”

So it makes sense that the singer would drop his new song and video on that day. Already it’s being bandied about as the possible song of the summer.

“Can’t Stop the Feeling” mixes business with Timberlake’s business pleasure as it’s not only his new single, but also featured on the soundtrack of the animated movie “Trolls,” in which he voices the character Branch.

So it made sense for the singer to get a little help from his costars James Corden, Anna Kendrick, Gwen Stefani, Kunal Nayyar, Ron Funches – as well as Caroline Hjelt and Aino Jawo of Icona Pop for the music video.

In it, the group can be seen getting a first listen to the song in various locations as they dance and sing along. 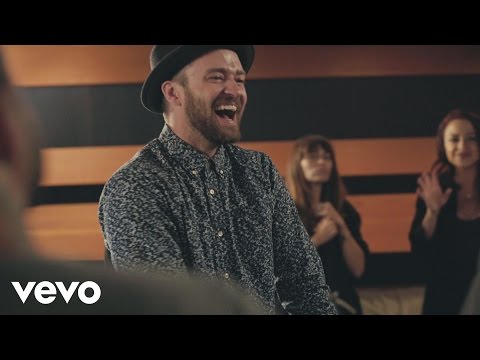 Fans have been eagerly awaiting new music from Timberlake, whose last project was the second half of his “The 20/20 Experience” in 2013. He had earlier teased the release on social media with #CantStopTheFeeling.

On Friday, Twitter lit up with reviews, calling the new tune everything from “infectious” to the “ultimate soul train line song.”

#CantStopTheFeeling is so infectious!!! Definitely going to be the summer song for many.

In March, Timberlake posted a photo of himself in the studio with super producer and “Happy” singer Pharrell, which got fans excited for the possibility of new music.