Aleppo battle: Rebels dance in the streets, but can victory hold?

When rebels broke a month-long government siege on eastern Aleppo, the residents of this battered enclave did something extraordinary: they gathered, en masse, to celebrate.

Reveling in large public gatherings may seem ordinary to most, but in Syria it is an act of unwavering defiance and bravery amid almost constant bombardment from the skies.

But on this rare day, as the sun beamed on the gray rubble left by months of bombing of the ancient city, people were dancing and singing in the streets.

But their celebrations could be short-lived.

A Syrian jihadist group previously linked to al Qaeda played a key role in the battle.

Jabhat al Nusra recently announced that it was severing ties with al Qaeda and changing its name to Jabhat Fateh Al-Sham. 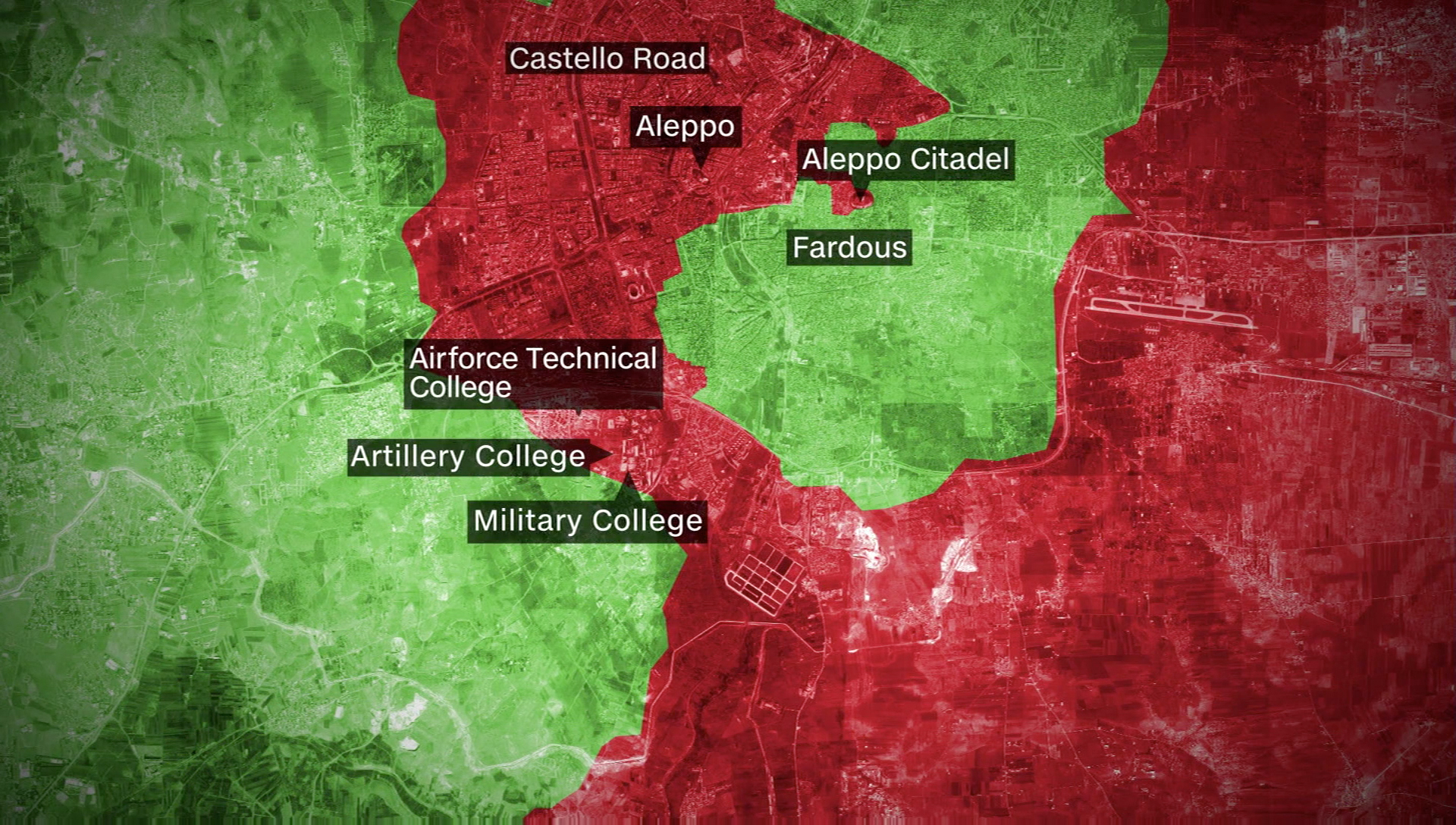 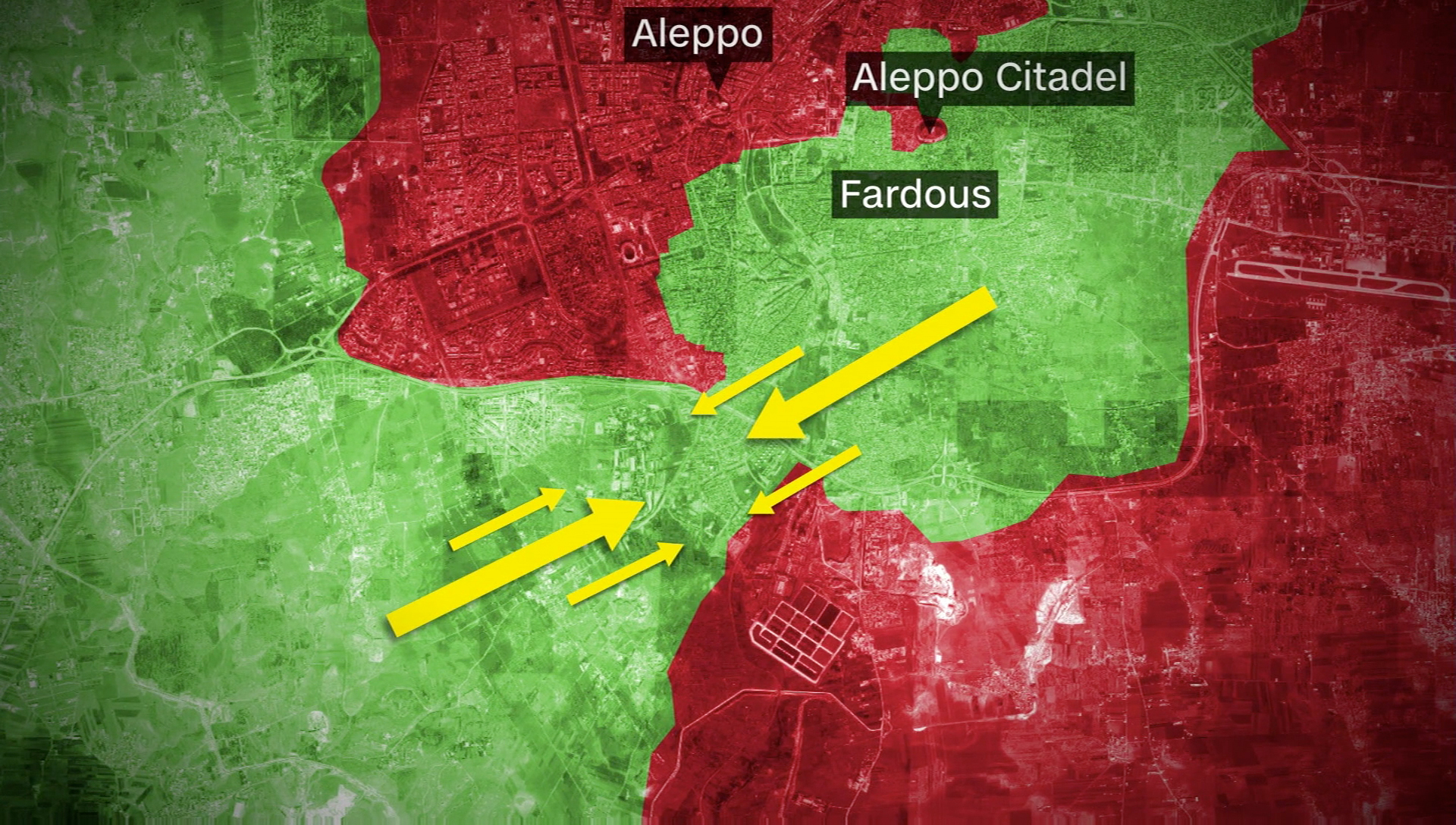 Rebels broke through a key government line in Aleppo

People who spoke to CNN in the streets of Aleppo after the siege was broken were very conscious that it was not the United Nations or the western-backed forces that had defeated Assad’s army – it was Islamist fighters.

“The whole thing was planned by (Jabhat Fateh Al-Sham and its allies) to sound like the extremists are saving the day,” Hassan Hassan, a Syria expert at the Tahrir Institute for Middle East Policy said.

But while the besieged Syrians of eastern Aleppo may have welcomed Jabhat Fateh Al-Sham, western Aleppo’s urban middle classes are not likely to do the same, Middle East expert Fabrice Balanche warned.

The divide between rebel eastern Aleppo and pro-government western Aleppo is not primarily based on sectarian splits, he wrote, “but mainly on social class divisions and the historic urban-rural cleavage.

“Therefore, the chances for an anti-Assad uprising in western Aleppo are non-existent,” the Washington Institute visiting fellow added.

And where rebels do have a foothold in this part of the city, they face regime forces willing to indiscriminately use weapons banned under international law.

This week, activists and doctors in the city said a gas attack on rebel-held parts of western Aleppo killed three people and injured dozens more.

Two children and their mother were killed in a confirmed chemical attack in Aleppo late Wednesday, according to the Syrian American Medical Society, citing the Aleppo Health Directorate.

According to a statement released by activists with the rebel-controlled Aleppo Health Directorate, clinical signs indicated that “choking agents were used, as symptoms are compatible (with) those of chlorine gas inhalation.”

The medical staff believe the agent was chlorine “from the smell and the symptoms that the people suffered from,” Dr. Usama Abulezz said.

Activists say victims were exposed to a gas and liquid form of the chemical agent that was dropped by a helicopter in a barrel bomb, according to the statement.

And rebel gains in other parts of the city are just as precarious.

There is still no safe access road into eastern Aleppo, so much-needed humanitarian aid has yet to be delivered to the tens of thousands of families trapped by fighting.

Emboldened by their unlikely victory, the Islamist factions have vowed to take all of Aleppo from President Bashar al-Assad, but their rhetoric has bordered on the fanciful.

“Today my brothers I want to assure that not even 20% of our manpower is being used,” Abdallah Muhammad al Muhaysini, a controversial Saudi cleric now based in Aleppo, told his followers in a YouTube video. “The coming days will be greater.”

In reality this one sliver of Aleppo has cost the opposition 500 fighters killed in battle, thousands of reinforcements from neighboring Idlib exhausted, and much ammunition spent, according to the Syrian Observatory for Human Rights.

“Aleppo is a done deal almost in a military sense,” Hassan added. “Neither side can win. The name of the game is encirclement and counter-encirclement. Each might continue with symbolic victories but there are limitations on both sides. “

“The fighting of the past few days confirms what we have known for a very long time – despite the overwhelming force of the Assad regime, Russia, Iran, and Hezbollah on one side – neither side will be able to win a swift or decisive victory in the battle for Aleppo,” U.S. Ambassador to the United Nations Samantha Power said this week.

“Yet the longer the fighting drags on, the more civilians will be caught in the middle, the more that they will pay the highest price.”

The rebels have fought hard, and paid a high price, for this unlikely victory. Now they must face the wrath of the Syrian Army, and its Russian backers, with what little they have left.

On Wednesday, Moscow bowed to international pressure when it announced a daily, three-hour, full cessation of hostilities in Aleppo to allow safe passage for aid convoys into the city.

The “humanitarian gap” will happen between 10 a.m. and 1 p.m. local time, the Russian Defense Ministry said on its website. “All combat actions, aviation and artillery strikes will be stopped,” it added.

However, it is not clear if all fighting parties in Aleppo will agree to this temporary truce.

CNN’s Matthew Chance in Moscow contributed to this report.