Pollution, residents cleared out in preparation for China's big G20 debut in Hangzhou

China wants to focus on economic issues, rather than the South China Sea dispute

World leaders touch down in the Chinese city of Hangzhou this week for the G20 summit and Beijing is determined it will proceed without a hitch.

Factories are shuttered, skies are clear and security is tight. Local residents have been given seven days extra vacation time and discounted tours to destinations outside the city to ensure Hangzhou is free of crowds and traffic.

Meanwhile, thousands of migrant workers have left the city due to the halt in their work lives and the growing inconvenience caused by G20 preparation measures.

What will be discussed at the summit? How has China prepared? And why is it in Hangzhou anyway?

The Hangzhou meeting will be the first G20 China has hosted, and only the second held in Asia since 2008.

The G20’s first high-profile meeting was in Washington D.C. in 2008, after the fall of Lehman Brothers bank and the start of the global financial crisis.

An alternative to the more exclusive G7, it was designed as a way to create conversation at the top levels of international government and try to ensure disasters, like the financial crisis, were avoided in the future.

The Hangzhou summit has been called another “milestone” for a rising China, keen to show its growing dominance on the world stage.

It’s an opportunity for President Xi Jinping to burnish his diplomatic credentials.

China's best public bike system —
While the rest of the country is moving from two wheels to four, cycling culture is thriving in Hangzhou. The city has the world's biggest public bike system, offering more than 84,000 bicycles for rent.
China Photos/Getty Images AsiaPac/Getty Images
West Lake —
A stroll along the 12,000-acre West Lake in Hangzhou city center is all it takes to understand why the city is called "paradise on earth."
Cancan Chu/Getty Images AsiaPac/Getty Images
Mountain getaways —
About 40 kilometers away from the city center, Qiandai Resort sits on Jing Mountain. The low-profile resort doesn't have a website, though it does have a WeChat account (China's version of Whatsapp/Facebook).
Shen Lu
Zen —
Surrounded by lush trees, Lingyin Temple is a pocket of calm a short ride from the city center. It's one of the country's oldest and most important Buddhist monasteries.
VCG/Getty Images AsiaPac/VCG via Getty Images
Silk —
Hangzhou is known as the city of silk. Scarves are the city's most popular silk souvenir, highlighting its cutting-edge dyeing techniques. The industry leader is Wensli, a homegrown silk brand.
courtesy Wensli
Longjing tea —
Hangzhou is home to some of China's finest -- and priciest -- tea leaves. The village of Longjing is where tea leaves were grown for China's ancient emperor. Tea-picking season is usually around late March to April, when travelers from across the country visit the village for quality tea leaves.
China Photos/Getty Images AsiaPac/Getty Images
Hangzhou cuisine —
Unlike dishes from northern China, heavy in sauces and spices, Hangzhou cuisine -- also known as Hangbang cai -- is mild but flavorful with a focus on fresh ingredients. Longjing shrimp is Hangzhou's signature dish.
Maggie Hiufu Wong/CNN
Alibaba —
Nicknamed China's Silicon Valley, Hangzhou is home to Jack Ma, the founder and chairman of Alibaba Group and the second-richest man in China. Alibaba, the world's leading e-commerce group, has transformed Ma's hometown into a high-tech metropolis.
VCG/Getty Images AsiaPac/VCG via Getty Images
China Art Academy —
Hangzhou's China Art Academy has seen some of the country's most celebrated Chinese artists pass through its halls. The head of its architecture school, Wang Shu, brought home China's first Pritzker Architecture Prize in 2012.
courtesy Shen Bo/China Art Academy
Fans —
It's said that tea, silk and hand fans are Hangzhou's three unparalleled gifts. The most iconic fans are by Wang Xing Ji. Established in 1875, this time-honored brand has charmed tourists and locals alike with its intricately designed fans.
courtesy Wang Xing Ji

China is not taking any chances with the showpiece event – Hangzhou is in “virtual lockdown,” according to CNN’s Andrew Stevens, in the lead-up to the arrival of world leaders on Friday.

A security checkpoint at the West Lake scenic spot in Hangzhou.
STR/Getty Images

Police officers and security guards will be stationed every five to 10 meters at popular attractions like the city’s West Lake, according to the state-run Global Times newspaper.

“Security is tight and getting tighter,” Stevens said, adding his camera crew were stopped multiple times and asked for their credentials.

One migrant worker told CNN that authorities had confiscated the gas tank his family uses for cooking, saying it didn’t meet safety standards.

Hangzhou wasn’t just chosen to host the G20 because of its natural beauty – it’s also symbolic as a marker of China’s transition from a low-cost manufacturer to high-tech economy.

E-commerce group Alibaba, one of China’s largest companies and most successful start-ups, was founded in Hangzhou, the hometown of founder Jack Ma.

Why Hangzhou becomes host city of G20 in China? 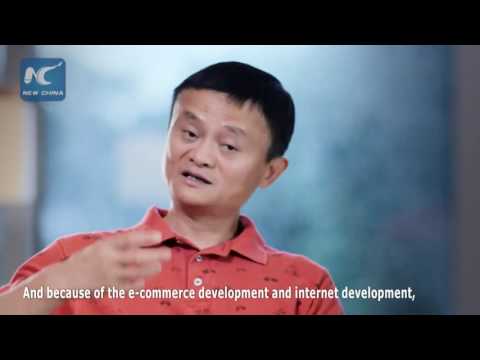 Chinese residents can easily get by without a wallet as the app allows them to pay bills with a simple swipe of their smart phones – even at the smallest street restaurants and vegetable vendors.

“We’re pretty small city, only have close to nine million people but Hangzhou is so powerful, so influential to China’s economy, to China’s culture,” Ma told Alibaba’s news services Alizila.

President Xi has a history with the city as well – he lived in Hangzhou for five years while serving as the province’s Communist Party chief and is said to be fond of his time there.

Hangzhou is renowned as one of China’s most beautiful cities, but, like many places in China, it struggles with pollution, ranking 43 out of 74 cities in a 2014 study by Greenpeace.

But in the lead-up to the G20, the sky has cleared as polluting industries have been shut down or moved for the international meeting’s duration. Some 225 factories have been ordered to close and traffic will also be restricted, with half the city’s vehicles barred from roads from August 28.

The China Daily said an upper limit of PM2.5 particles, one of the worst pollutants, was set at 35 micrograms per cubic meter during the summit. The average PM2.5 level in Hangzhou in 2014 was 66.1.

Nearby cities of Huangshan, Anqing, Yiwu and even Shanghai are also cleaning up their factories, according to Chinese media.

It’s a pattern seen before other big ticket events.

In 2014, Beijing residents coined the wry phrase “APEC blue” after authorities went all out to ensure clear skies before the powwow of Asia Pacific leaders and last September the skies turned “parade blue” as Beijing hosted a massive military parade.

Images taken from CNN's Beijing bureau on November 6, when the sky was blue during the APEC summit, and on November 19 when the smog returned.
Serena Dong/CNN

The elephant in the room?

It’s been less than three months since China lost to the Philippines in an international court case over its contested territorial claims in the South China Sea.

But at the G20 in Hangzhou, the host country will be working hard to keep it off the agenda.

Vice-Foreign Minister Li Baodong said it will be focusing on economic issues, according to government mouthpiece China Daily, rather than security.

In a separate editorial, the Global Times wrote the Hangzhou summit “shouldn’t be distracted by sea spat.”