Move comes amid a spike in anti-Pakistani rhetoric in India

One of India’s most famous movie directors has released a different kind of video: a plea deal.

Top Bollywood director Karan Johar dropped a bombshell Wednesday with a two-minute video explaining why he will no longer work with actors from Pakistan.

“Nothing else matters to me but my country,” Johar said in the video.

“Going forward, I would like to say that of course I will not engage with talent from the neighboring country,” he added, referring to Pakistan. 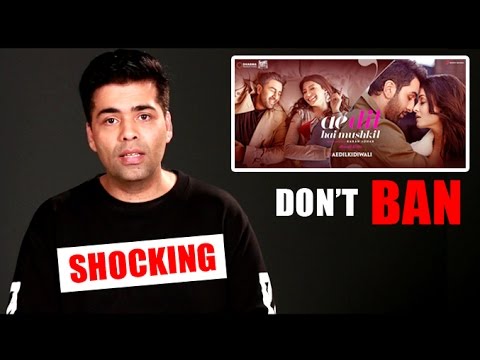 Johar has faced potential bans and threats of violence over his latest movie “Ae Dil Hai Mushkil” – which loosely translates as “Oh, Heart! It’s Difficult” – because one of the actors is Pakistani. It is due to be released on October 28.

Tensions between India and Pakistan have soared in recent months with frequent skirmishes along their disputed border in Kashmir. A heightened sense of fear and jingoism has seeped into regular discourse, particularly in national TV news broadcasts.

Bollywood movies, written in the loose Hindi-Urdu mix that is common in large parts of both countries, have been particularly impacted. Up to two-thirds of total revenue at Pakistani cinemas comes from Bollywood movies, by some counts.

“The country comes first, then the arts. If you think this is intimidation then yes, you’re right, it is,” he said in an interview on TV channel Times Now.

“If anyone works with Pakistani artists then we will beat them up.”

He also threatened that multiplexes which showed Johar’s movie would be vandalized.

In his video, a visibly shaken Johar pointed out that “Ae Dil Hai Mushkil” was shot at a time last year when relations between the two countries were “completely different.”

“Over 300 Indian people in my crew have put their blood, sweat and tears into (the film) … and I don’t think it’s fair to them to face any kind of turbulence on account of other fellow Indians,” he said.

TV host Barkha Dutt tweeted she was “ashamed that we as a society have bullied (Johar) into having to prove his patriotism. ‘Anti-national’ has become the label of the mob.”

Journalist Nandini Ramnath said the video was “appropriately funereal” and compared it to those “released by kidnappers and terrorists.”

Many in Bollywood have been speaking against the mood to ban Pakistani artists.

“Who a filmmaker casts and what a filmmaker does … shouldn’t be controlled and dictated by politics,” said Tanuj Garg, a film producer and managing partner at Ellipsis Entertainment.

“A situation where a filmmaker is held to ransom is not desirable in a democracy,” he added, pointing out that India already has a powerful film certification board which strictly vets releases. “Political groups trying to impose bans is a travesty of justice.”

Rafay Mahmood, life and style editor for The Express Tribune, told CNN the mood was “depressing and tragic.”

“To see the secular elite of India succumb to such stereotypical reactions lends to an unfavorable image of India which the more liberal forces of Pakistan have always defended as being pluralistic, having rich traditions and secular roots,” said Mahmood. “These myopic statement from India’s cultural ambassadors, such as Karan Johar, are shocking.”

Even after Johar’s video, Indian movie distributors contacted by CNN were holding firm.

Nitin Datar, president of the Cinema Owners and Exhibition Association of India, said a number of his group’s theatres will not be releasing the movie in the states of Maharasthra, Goa, Karnataka, and Gujarat.

“The film has not been banned,” said Datar. “We have asked for a postponement of the release until the time is right.”

He pointed out that the movie’s release at the end of October coincides with the Hindu festival of lights Diwali.

“This is the Diwali period. If a riot takes place … the Diwali spirit will be spoiled,” Datar said.

“The public gets relaxed after Diwali. We will then sit together to see what is the proper time to release the movie. Relations between India and Pakistan might normalize too.”