Jeremy Jones: ""The lack of thought... is almost mindblowing"

A Holocaust-themed ice skating routine on a Russian reality television show, involving the wife of a high-level aide to President Vladimir Putin, has sparked outrage around the world.

The act was based on the award-winning 1997 Italian film, “Life is Beautiful,” which tells the story of a Jewish father who tries to hide his son from the horrors of the Holocaust through humor and games.

In the routine, set to Israeli singer Noa’s “Beautiful That Way” from the film’s soundtrack, former Olympic ice skater Tatiana Navka and her dance partner Andrei Burkovsky dance in the striped pajamas and yellow six-pointed stars which Jewish victims of Nazi concentration camps were forced to wear. 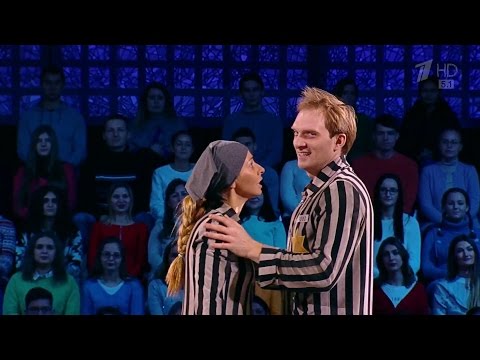 At the end, Burkovsky is heard being shot as Navka stands alone, looking grieved.

The dance was part of a celebrity ice-skating show on Russian television, named “Ice Age,” similar to the United States program “Dancing with the Stars” or the UK’s “Dancing on Ice.”

“The lack of thought that would have to go into making that decision is almost mindblowing … Long after they’re forgotten as ice skaters they’ll be remember as people who sunk to such depths to get some celebrity,” he said.

Jones said he hoped the backlash to the routine would serve to remind the world of the horrors of the Holocaust.

The “Ice Age” act also attracted harsh criticism on social media, with hundreds tweeting their shock and horror at the Holocaust-themed act.