This grieving mom got an incredible Christmas gift from Redditors

The mom posted on Reddit a video of her son singing

Redditors overwhelmed her with their kindness

Here’s a reminder that people are kind and the internet can be a beautiful place.

One of Angela McElhiney’s prize possessions is a video of her son Nathan singing “Wayfaring Stranger.” That video became even more precious when he committed suicide in October – a month and a day before his 16th birthday.

“It’s about someone going, basically, to heaven,” she said.

Unfortunately, the sound quality is not very good. The performance was held in a gymnasium and you can hear a lot of shuffling and coughing in the background.

A Promise to Nathan 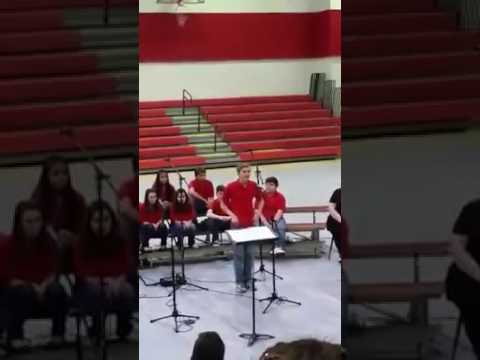 McElhiney posted the video on Reddit and asked if anyone knew how she could fix the audio. She thought she’d get a few tips or maybe links to companies that could help.

Instead, her inbox was flooded with condolences, kind words and offers to help from audio engineers, movie sound editors.

“There were a lot of people who said ‘I don’t really know what I’m doing, but here’s my best shot at it,’” she said.

Within the hour, she started getting remixed videos, like this one from a Redditor in the Netherlands.

Another, a musician on YouTube, made two versions of the song and worked until 2 a.m. 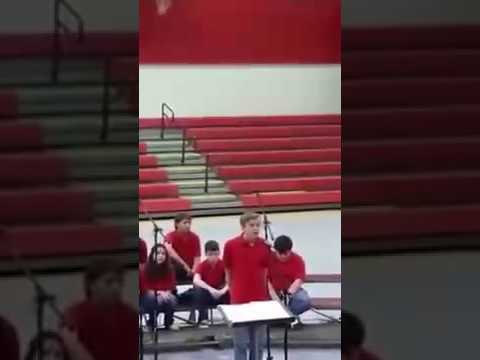 In all, McElhiney says she got about 20 new versions of the song and each one brought out something different.

“I never expected so much kindness and so many people taking time out of their day,” she said.

The first Christmas without Nathan has been hard for McElhiney and her family and this has been a welcome distraction for her. She tried to thank everyone who responded to her post, but fell behind when the number of comments grew into the thousands.

“We can’t express our gratitude enough,” she said.

If you are considering suicide or are worried about someone who could be in crisis, please call the National Suicide Prevention Lifeline at 1-800-273-8255 or chat with them online. They have people available 24/7 to help.