Why you say yes, even when you don’t want to

They can be used against you, but you can also use them to your advantage

A few years ago, Robert Cialdini found himself at a large appliance store, standing in front of a big-screen TV that he didn’t particularly want and certainly didn’t need. That said, it was a great deal on a model that had received high marks from a consumer group.

He recalls the salesman coming up to him and saying, “I can see you’re interested in this model, at this price, and I can tell why. It’s a great deal, but I have to tell you, that’s our last one. And we just got a call from a woman who said she might be coming down to the store today to buy it.”

Minutes later, Cialdini – the man who literally wrote the book on the power of persuasion – was wheeling out of the store with a new TV in his shopping cart, wondering whether he’d been duped.

Scarcity is one of Cialdini’s six “universal principles of influence.” Along with the other five – reciprocity, commitment, social proof, authority and liking – a good salesperson can talk someone into buying just about anything.

Cialdini, who has been studying the science of social influence for decades, presented new findings on his six principles Friday at the American Psychological Association’s annual convention in Washington.

“We’ve always thought of successful persuasion as an art – something that people are born with, a natural gift of saying just the right thing at just the right time,” said Cialdini, professor emeritus of psychology and marketing at Arizona State University. “That’s true, but what we haven’t recognized traditionally is that it’s also a science. It’s something that can be taught and learned.”

That, of course, is a double-edged sword. It means you could end up being talked into buying something you otherwise wouldn’t. But it also means you can harness these principles to your own advantage, to get what you want.

What it is: “There is a rule in all human cultures that says you must not take without giving in return,” Cialdini said, and this principle assures we do just that.

How it’s used: Myriad studies have shown that receiving a free sample at the supermarket or food court makes us significantly more likely to purchase something from the store handing it out, though not necessarily the exact product we’ve tasted. This principle also comes into play with the tote bags, T-shirts and sheets of return address labels you get in the mail.

One caveat is that usefulness does matter, according to Cialdini. If what you’re offered is cheap, unwanted or wasteful, you won’t think of what you’re receiving as a gift but rather as a trick – and the tactic backfires.

How you can use it: Want to get better presents from your family? Buy them something thoughtful first, and they’ll be more likely to reciprocate. Want someone to do you a favor? Start by lending them an unsolicited helping hand before you make your own request. Cialdini says the effect is amplified when what you give is meaningful, unexpected and personalized.

What it is: People want to be consistent with what they’ve already said or done. “If someone tries to get you to take a small step in a particular direction – so small that it seems trivial – beware, because you’ll now be much more likely to take a larger step in that direction … when asked,” Cialdini said.

How you can use it: As any good lawyer might tell you, always get your offer in writing. Bonus points if you’re able to get someone to promise you something voluntarily or in front of witnesses. And if you have more than one request, Cialdini says, always start with the larger one. If you get rejected or denied, you can counter with a lesser ask, which is then more likely to be granted.

What it is: “People want to follow the lead of what those around them, like them, have already done in a situation,” Cialdini said. “That reduces our uncertainty about what we should do in that situation.”

How you can use it: This one’s pretty simple. Want someone to do or buy something? Tell them – or better yet, show them – that others are doing it.

What it is: “People prefer to say yes to those who can show them evidence that what is being recommended comes from legitimate … authorities on the topic,” Cialdini said. “If an expert says it, it must be true,” according to his presentation.

How it’s used: Look no further than the celebrity endorsement! These are particularly powerful if, for example, a professional athlete is pitching a product related to his or her sport. But, Cialdini says, if you simply dress someone up to look like an expert – if you give them a suit and tie or eyeglasses – that often works just as well.

How you can use it: Don’t ever assume that people know what your specialty is, Cialdini says. Remind them, and underscore why they should listen to you over everyone else. Do you have experience solving the type of problem now at hand? Lay it all out on the table.

What it is: “We prefer to say yes to those who we like. That’s not a surprise,” Cialdini said. “What’s interesting is how simple it can be for us to get somebody to like us by simply identifying a commonality that exists.” Maybe you bond over a hobby, a taste in music or where you’re from. Another thing that can get someone to like you? Giving them compliments. Flattery, it turns out, can get you just about anywhere.

How it’s used: At one time or another, we’ve all fallen for a salesperson telling us we look great in an outfit – even though, deep down, we know we don’t. Or perhaps it’s a questionable haircut that we grow to regret. Cialdini says hairdressers and barbers can increase their tips simply by telling their customers how good a certain style looks on them. Even if these compliments aren’t sincere, people are more likely to respond affirmatively in the moment. But if you discover that someone isn’t being sincere – or worse, that they’re being malicious – you’ll lose trust in them and experience a boomerang effect.

How you can use it: “How to Win Friends and Influence People” is one of the most popular self-help books of all time – and with good reason. Dale Carnegie was on to something. Be nice, plain and simple. Get closer to someone by finding common ground. Compliment people, even when they don’t necessarily deserve it, but be sincere and specific. Cialdini calls it “charm and disarm.”

What it is: You want what you can’t have.

How it’s used: Limited time offer! Call now! Operators are standing by! This principle works via the concept of anticipated regret, says Cialdini, in which you think about how bad you’ll feel if you miss out on a purchase or experience. Sometimes, if you don’t act immediately, you will miss out. Other times, these tactics work to convince you to buy – or buy more – of what you don’t need. Research has shown that even limiting a product that is in abundant supply to a certain number per customer makes you want more than what you’re being told you can have.

Interestingly, if you’re told that you’re being offered information about scarcity exclusively, your drive to buy is even higher, because you feel as though you’re getting an advantage over everybody else. “We notice ourselves paying concentrated attention to this information and assume that it must be warranted attention,” Cialdini said.

How you can use it: Tell people that you’ve got inside information and that if they listen to you, they’ll come out ahead.

What’s a consumer to do?

All six of these principles have an evolutionary purpose, Cialdini says: They allow people who receive certain information to decide whether to accept it and then whether to act.

“These six principles generally steer people correctly into choices,” Cialdini said. “That’s why they’ve evolved to be the ones we’re particularly sensitive to, in deciding how to choose.” 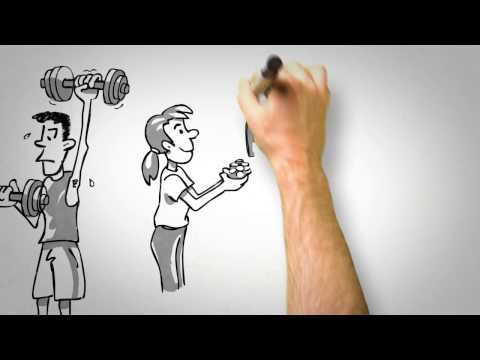 When does it all backfire? If you’re not sincere and you get busted, if you don’t reciprocate, if you go back on your word, if others aren’t really doing what you say they’re doing, if you’re not the expert you claim to be, if your compliment is insincere, if there’s ample supply of what you’ve said is scarce.

What about that TV Cialdini bought? As you might have expected, he went back to the store the next day to see whether the space on the shelf was filled with another TV – and it wasn’t.

Since the salesman had been honest about the scarcity of the product, Cialdini went online and posted a positive review: reciprocating the purchase with praise, honoring his commitment to leave good feedback, offering online shoppers social proof of an honest transaction, establishing himself as an authority on this particular purchase and “liking” the salesman with a sincere compliment.

Four years later, Cialdini still has the TV and says he likes it a lot.