A monument to a British explorer that’s stood in Sydney’s Hyde Park for 138 years is at the center of a debate that’s becoming louder and more divisive about how the country remembers its past.

Just one week after a vandal scrawled the words “no pride in genocide” and “change the date” on the statue of Captain James Cook in late August, a far-right group marched through the park to condemn the act.

“I take the vandalism as a personal attack on me and Australia’s colonial heritage,” Party for Freedom Chairman Nick Folkes told CNN.

The Party for Freedom opposes immigration and multiculturalism and its website appropriates the campaign slogan of US President Trump’s to urge Australians to “Make Australia Great Again.”

On Tuesday, members of the party stormed a council meeting in Yarra, Melbourne, waving flags and shouting “shame” and “nationalism is healthy, nationalism is good.”

Yarra was targeted because it’s one of two councils which have voted not to hold citizenship ceremonies on Australia Day, January 26, out of respect for the Indigenous community. 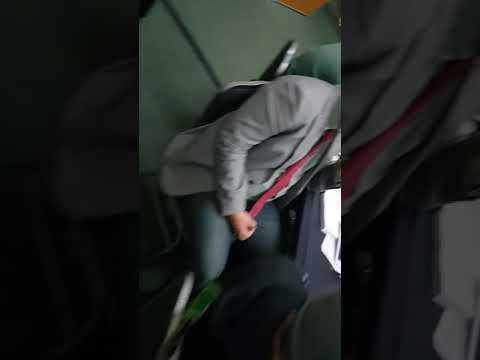 Australia Day is celebrated with a national holiday on January 26 each year, typically with barbecues and Australian flags.

It marks the day when, in 1788, the Union Jack was hoisted at Sydney Cove to establish a British penal colony. However, since as early as 1938, Aboriginal and Torres Strait Islanders have opposed honoring a day they call Invasion Day or Survival Day.

Calls to change the date of Australia’s national holiday are not new, but the vandalism of Captain Cook’s statue has renewed the debate about the day and how the country remembers its colonial past.

Australian Prime Minister Malcolm Turnbull denounced the vandalism on a statement on his Facebook page that likened it to Stalinism. He said it was “part of a deeply disturbing and totalitarian campaign to not just challenge our history but to deny it and obliterate it.”

“History is always under review,” she told CNN.

“The recent statue de-facings are a protest about who, and what, has been left out of our history, not an erasure of that history.”

The current furor over Captain Cook’s statue is as much about the man as the plaque’s inscription.

It states the explorer “discovered this territory,” which prominent indigenous journalist Stan Grant described in a recent article as a “damaging myth.”

Captain Cook's statue in Hyde Park is etched with the words "discovered this country 1770."
Jessia Mudditt/CNN

“Today the idea of discovery, the doctrine of terra nullius – empty land – that underpinned the British claim on this land and extinguished the rights of indigenous people no longer stands,” he told CNN.

“It’s been repudiated by our high court. The law is not trapped in an era of racial discrimination, nor should history be.”

However the prime minister says the context of Captain Cook’s “discovery” was obvious to him “when as a schoolboy I first read the inscription.”

Conservative social and political commentator Andrew Bolt agrees, telling CNN: “(Captain Cook) discovered (Australia) in the way most adults reading the inscription would understand it: (he) discovered something unknown to the wider world, which in turn had not been discovered by Aborigines.”

‘We are not the United States’

Grant said it was the recent tearing down of Confederate leader statues in the United States that prompted him to reflect on his own country’s monuments.

However, he isn’t calling for the statues or plaques to be removed. He welcomes “creative suggestions for new statues and plaques that would enlarge the idea of who we are as a nation.”

He also isn’t concerned that Australia is about to witness the deadly riots seen in Charlottesville, Virginia.

“Let’s be clear – that act of vandalism was disgraceful and unacceptable. But we are not the United States. The issue of confederate statues and the legacy of the civil war is not specifically analogous to the Australian experience. We do however have our own history of racism that we confront in our own way.”

His views about the statue are echoed by Professor Mick Dodson, a prominent indigenous rights activist and the Director of the National Center for Indigenous Studies at Australian National University.

“The word ‘discovery’ in the colonial sense is such a hugely arrogant use of the language,” he told CNN.

“You plant a flag on someone else’s country and somehow it becomes yours? But I don’t mind the plaque being there – it reminds us that the job of dealing with unfinished business hasn’t been done.”

A City of Sydney spokesperson told CNN that while concerns about the statues have been referred to the council’s Indigenous Advisory Panel, there are no plans to remove the monuments.

“In other cities such as Melbourne and Perth, additional plaques have been added to historical statues to give context to the original wording or to balance history,” the spokesperson said.

In other parts of Australia, there seems a growing willingness to revisit aspects of history that have become unpalatable. Last week the Queensland Government announced it will change the names of 10 locations with racially insensitive names.

Calls to ‘change the date’

The Australian government is steadfastly refusing to consider changing the date of Australia Day.

Earlier this month, the government stripped two local councils – Yarra and Darebin – of their powers to hold citizenship ceremonies after they voted not to hold them on January 26. There are murmurs that other councils want to hold their own votes.

Citizenship ceremonies are the final step in the process of becoming a naturalized Australian citizen – and typically see participants make a formal public pledge to uphold the values of Australia.

#Yarra Council has tonight voted unanimously to change the way it marks January 26, from 2018 onwards: https://t.co/6Hw2nyE9U4

“I think it’s an over-reaction,” said Professor Dodson of the government.

“They are backing themselves into a corner because they’re not even prepared to have a debate about it. What is the government afraid of? Obviously the two councils concerned have had a discussion and have come to a conclusion.”

Yarra Council said it had commissioned an independent survey of 300 non-Indigenous people in the area which showed almost 79% supported a smaller, culturally-sensitive event.

“The overwhelming sentiment from our Aboriginal community is that January 26 is a date of sadness, trauma and distress. They have told us that this is not a day of celebration, but a day of mourning,” said Mayor Amanda Stone.

Aboriginal Australians are the oldest known civilization on Earth, with ancestries stretching back roughly 75,000 years.
Mark Kolbe/Getty Images AsiaPac
Australia's early Aboriginal people would paint murals using natural ingredients -- such as dust of ants' nests and minerals. Their culture is incredibly rich and diverse, with many communities keeping their heritage alive by passing down knowledge, rituals and languages from one generation to another.
Courtesy Graeme Churchyard
Song, music and dance plays a large role in Aboriginal life and customs. One famous instrument is the didgeridoo -- a wind instrument made from tree trunks -- that produces a distinctive low-pitch sound.
TORSTEN BLACKWOOD/AFP/AFP/Getty Images
In 1770 after James Cook circumnavigated and mapped New Zealand, he discovered and claimed the east coast of Australia for England. The First Fleet then arrived at Sydney Cove in Port Jackson on January 26, 1788 which marked the beginning of British colonization.
E. Le Bihan/Public domain
This photo of European settlers surrounded by Aboriginals is believed to be the earliest photograph taken in Australia.
Henry Guttmann/Hulton Archive/Getty Images
European colonization had a devastating impact on Aboriginal people. In today's society, they're the most disadvantaged among Australia's 24 million population.
GREG WOOD/AFP/AFP/Getty Images
On February 13, 2008, Prime Minister Kevin Rudd delivered a historic apology in parliament to the Aboriginal people for injustices committed over two centuries of white colonization. The apology was viewed as a watershed moment in Australia, with major television networks airing it live and crowds gathering around huge screens in major cities to witness the event.
WILLIAM WEST/AFP/AFP/Getty Images
Prime Minister Rudd's apology referred to the "past mistreatment" of all Aboriginals, singling out the "Stolen Generations" -- the tens of thousands of Aboriginal children taken from their families by governments between 1910 and the early 1970s, in a bid to assimilate them into white society.
Lisa Maree Williams/Getty Images AsiaPac/Getty Images
Australia has now made it a national commitment to address Aboriginal disadvantage and to close the gap on health, education and employment between Indigenous and non-Indigenous Australians.
Courtesy Tourism Australia

A brief history of Aboriginal Australians

Darebin Mayor Kim Le Cerf said she was disappointed in the government’s decision to revoke its right to hold ceremonies but said the council would continue to support the “change the date” campaign.

“It’s ironic that the Prime Minister has said changing the date is a national debate we need to have, yet his Government appears to be working to silence it by punishing councils for taking a stand in support of their Indigenous communities,” Le Cerf said.

“Most Australians are not getting worked up at all. Some activists are, claiming that January 26 is distressing in reminding them of the arrival of the First Fleet, which they claim was the start of an alleged genocide, rather than of Western civilization.”

He cited a McNair yellowSquares poll conducted in January that found just 15% of the 1,156 respondents support changing the date.

“Most seem the kind of people who will not accept a democratic decision,” Bolt said.

However, the Australian Greens party, which unlike both major parties supports the #ChangeTheDate movement, believes momentum is building.

Debate for another time?

Advocates of changing the date have proposed a variety of alternatives and point out that the tradition of Australia Day isn’t a longstanding one. It wasn’t until 1935 that every Australian state and territory adopted the term “Australia Day.”

“January 26 was a proclamation of the penal colony of New South Wales, which doesn’t include half the country,” said Professor Dodson.

“Parts of the Northern Territory, parts of South Australia and all of Western Australia – where I come from – weren’t included in it. And anyway, there were people here for tens of thousands of years.”

Professor Dodson suggests the best way forward for Australia Day is to wipe the slate clean.

“I think we should wait until the day we choose to become a republic,” he said.