Donald Trump has a grandiose view of himself and his centrality to, well, everything.

He is the first mover. He comes up with things. Like the idea of putting the words “fake” and “news” together.

“The media is really, the word, one of the greatest of all terms I’ve come up with, is ‘fake,’” Trump told Mike Huckabee in an interview for the two-time Republican presidential candidate’s new show on the Trinity Broadcasting Network. “I guess other people have used it perhaps over the years but I’ve never noticed it. And it’s a shame. And they really hurt the country. Because they take away the spirit of the country.”

This is not satire. Even though it does sound exactly like Dr. Evil’s memory of his father in “Austin Powers”: “He would make outrageous claims like he invented the question mark.” 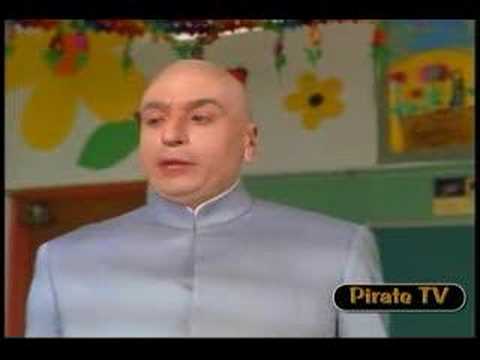 It’s not entirely clear from the quote above whether Trump is claiming that he invented the word “fake” or just that he was the first person to use the phrase “fake news.”

The word “fake” originates in the early 19th century. “‘Fake,’ in the sense of something being bogus or counterfeit, apparently began life a little over 200 years ago among the ‘flash’ language used by criminals in 18th- and 19th-century England,” according to this totally-fascinating Mental Floss piece in March 2017.

Trump is on slightly stronger footing if he is claiming that he popularized the term “fake news.” But he isn’t really saying that. He’s saying he came up with it. Which he didn’t.

“Fake news appears to have begun seeing general use at the end of the 19th century,” according to Merriam Webster – citing several references to “fake news” in newspapers in 1890 and 1891.

But Trump may well be responsible for dictionary.com’s decision to add the term “fake news” this fall. The definition? “False news stories, often of a sensational nature, created to be widely shared online for the purpose of generating ad revenue via web traffic or discrediting a public figure, political movement, company, etc.”

That definition does not really cover the way Trump uses the phrase. Trump calls things “fake news” not because they are, in fact, fake, but rather because he doesn’t agree with them or they paint him in a bad light.

That is something very different from what we now know Russia did in the 2016 election when the foreign agents purposely created totally made-up “news” stories to drive voters away from Hillary Clinton and toward Trump.

Does Trump know the difference? Probably. Does he care? Almost certainly not.