It’s Wednesday, and here are the five things to know for your New Day.

Next year is a presidential election year in Russia. We know that President Vladimir Putin is going to run for re-election. We also know who won’t be running against him. Opposition activist Alexey Navalny had planned a run against Putin in the March 2018 race, but the country’s Central Election Commission has nixed that idea, citing his conviction on an embezzlement charge. Russian law prevents convicted criminals from running for public office, but Navalny and his supporters say the conviction was politically motivated. Navalny plans to appeal the commission’s decision.

Guatemala has decided to go along with President Trump’s decision to recognize Jerusalem as the capital of Israel. The Central American nation is the first country to say it’s moving its embassy to Jerusalem since Trump’s announcement. Guatemalan President Jimmy Morales said he’s instructed his foreign minister to make this happen as soon as possible. Guatemala was one of a handful of nations to vote against a UN resolution last week condemning Trump’s decision. Israeli Prime Minister Benjamin Netanyahu predicted other countries would soon join the US and Guatemala in moving their embassies.

Erica Garner, the oldest daughter of Eric Garner, is reportedly in a medically induced coma after a heart attack. Garner, 27, became an activist against police brutality after her father died in a New York police officer’s chokehold in 2014. Eric Garner’s apparent last words – “I can’t breathe!” – became a rallying cry in the Black Lives Matter movement. Erica Garner was a prominent supporter of Sen. Bernie Sanders during the 2016 presidential election.

It’s been an absolutely tragic holiday weekend in the Philippines, which has endured a fatal bus wreck, a deadly mall fire and a powerful typhoon. Twenty people, traveling to a dawn Christmas service, died in the town of Agoo after a bus collided with another vehicle. Thirty-seven people were killed when a fire broke out in a shopping mall in the city of Davao; they all were call center agents for a company based in the mall. And at least 164 people have been killed by Typhoon Tembin, while almost 200 people are still missing.

Well, you don’t see this everyday: a topless protester at the Vatican, trying to steal a baby Jesus doll from a nativity scene. It happened Monday, when a woman wearing just pants and shoes tried to nab the doll while thousands were in St. Peter’s Square waiting to hear the Pope’s Christmas Day message. The protester, Alisa Vinogradova, had “God is Woman” written on her torso and was detained by Vatican police. She’s a member of the international feminist group Femen, which has targeted the Catholic Church for its conservative policies.

People are talking about these. Read up. Join in.

Admit it. You have no earthly idea what Boxing Day and Kwanzaa are all about. Don’t worry. We’ve got you covered.

Heather Menzies Urich, who died at age 68, will forever be remembered as one of the von Trapp kids from “The Sound of Music.”

If you have tickets to Lorde’s concert in Tel Aviv, we’ve got bad news. The “Royals” singer is canceling her gig as part of a boycott against Israel.

She’s a 63-year-old college freshman, attending the DC school that enslaved her ancestors.

QUOTE OF THE DAY

“As soon as my boys are of age, I’ll tell them stories about the quality of the man I’ve gotten to know.”

US Sen. John McCain speaks at a town-hall meeting while campaigning for the presidency in 2008. He was the Republican Party's nominee for that year's election, which he lost to Barack Obama.
William Thomas Cain/Getty Images
McCain sits on a sofa with his sister, Sandy, in a reproduction of a family photo taken around 1938. McCain was born in 1936 to Roberta McCain and John McCain Jr., a Navy admiral.
Terry Ashe/Getty Images
McCain sits with his grandfather and his father, both of whom were Navy admirals, in this family photo from the 1940s.
Terry Ashe/Getty Images
McCain, bottom right, poses with his Navy squadron in 1965.
ASSOCIATED PRESS
McCain graduated from the US Naval Academy in 1958 and served in the Navy until 1981.
Bettmann Archive/Getty Images
During the Vietnam War, McCain's plane was shot down and captured by North Vietnamese forces. Here, he is pulled out of a lake in Hanoi by North Vietnamese soldiers and civilians in October 1967. McCain broke both arms and his right knee upon ejection and lost consciousness until he hit the water. Upon capture, McCain was beaten, he has said. He was held for five years by the North Vietnamese and tortured.
Getty Images
A Vietnamese doctor examines McCain in 1967. For his service, McCain was awarded the Silver Star, the Bronze star, the Legion of Merit, a Purple Heart and the Distinguished Flying Cross.
AFP/Getty Images
McCain, center, and his wife, Cindy, pose with US Rep. John Rhodes after McCain was elected to the House in 1982. McCain has represented Arizona ever since. In 1986, he became a US senator.
Ken Akers/THE ARIZONA REPUBLIC/AP
McCain talks with people in Hanoi, Vietnam, during the filming of the CBS special, "Honor, Duty and a War Called Vietnam" in 1985.
CBS Photo Archive/Getty Images
McCain, left, joins President George H.W. Bush at a news conference about soldiers missing in action during the Vietnam War.
Jeffrey Markowitz/Getty Images
McCain gets a kiss from his wife as they kick off his campaign for the 2000 presidential election.
Harry Hamburg/New York Daily News Archive/Getty Images
McCain spends time with his wife and children at their home in Phoenix in 1999. John and Cindy McCain have two daughters, Meghan and Bridget, and two sons, Jack and Jimmy. He also has three children from a previous marriage: Andrew, Douglas and Sidney.
Karin Cooper/Getty Images
McCain rests in a New Hampshire motel room while on the campaign trail in 1999.
Karin Cooper/Getty Images
McCain poses with his wife and seven children in 2000. The children, from left, are Andrew, Jimmy, Jack, Bridget, Meghan, Douglas and Sidney.
David Hume Kennerly/Getty Images
McCain laughs during an interview with "Tonight Show" host Jay Leno in 2000.
Paul Drinkwater/NBC/Getty Images
McCain reaches out to supporters during a campaign rally in Portland, Maine, in 2000. He suspended his campaign several days later and eventually endorsed his primary opponent, George W. Bush.
Carolyn Cole/Los Angeles Times/Getty Images
John McCain addresses a shadow convention at the University of Pennsylvania in 2000. McCain was booed when he asked supporters to back George W. Bush for President.
Harry Hamburg/New York Daily News Archive/Getty Images
McCain and his wife host George W. Bush and his wife, Laura, at the Arizona's Red Rock Crossing in 2000.
PAUL J. RICHARDS/Getty Images
McCain acts in a skit while hosting "Saturday Night Live" in 2002.
Dana Edelson/NBC/Getty Images
McCain talks with US Marines in Iraq as he and other senators stopped at Camp Falluja in 2005.
Michael Appleton/New York Daily News/Getty Images
McCain and fellow US Sen. Hillary Clinton listen to President George W. Bush speak at the National Prayer Breakfast in 2007.
BRENDAN SMIALOWSKI/Getty Images
McCain, again running for President, speaks during a campaign rally in New York in 2008.
Mario Tama/Getty Images
McCain shakes hands with US Sen. Barack Obama, the Democratic presidential nominee, before their first debate in 2008. Obama defeated McCain in the general election.
Win McNamee/Getty Images
McCain and US Sen. Mitch McConnell speak about health care reform in 2009.
Mark Wilson/Getty Images
McCain listens as former FBI Director James Comey testifies to the Senate Intelligence Committee in June 2017.
Cheriss May/Getty Images
McCain returned to the Senate floor in July 2017, less than two weeks after surgeons removed a large blood clot from his brain and diagnosed him with brain cancer. He received a standing ovation on both sides of the aisle.
Chip Somodevilla/Getty Images
McCain votes no on the GOP's "skinny repeal" health care bill in July 2017. He was one of three Senate Republicans who voted against the failed bill.
McCain speaks to members of the media while heading to a roll-call vote in October 2017.
Bloomberg/Getty Images
"No place I would rather be," Meghan McCain tweeted with this photo of her and her father in March 2018.
meghan mccain/twitter

The life and career of US Sen. John McCain 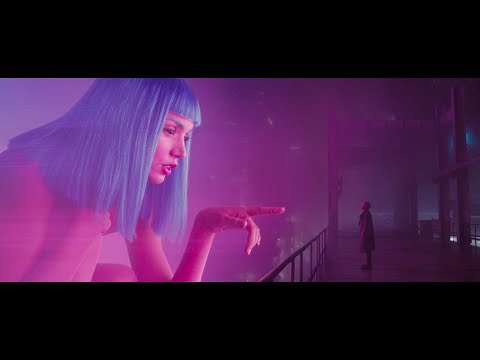