The actor addressed the controversy surrounding him during an appearance Wednesday on “Late Night with Seth Meyers.”

“The Deuce” star has been answering allegations after his appearance at the Golden Globes Sunday stirred some women to criticize him via Twitter for wearing a Time’s Up pin in support of the organization created to combat sexual harassment.

“I think, well, the ones I read were not accurate,” the actor said. “But one of the things that I’ve learned is that this is a conversation that obviously needs to be had.” 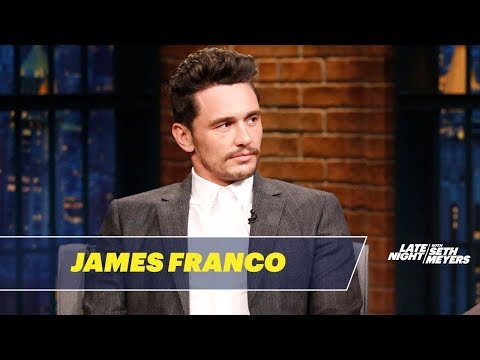 On Sunday night, actress Violet Paley tweeted: “Cute #TIMESUP pin James Franco. Remember the time you pushed my head down in a car towards your exposed penis & that other time you told my friend to come to your hotel when she was 17? After you had already been caught doing that to a different 17 year old?”

Cute #TIMESUP pin James Franco. Remember the time you pushed my head down in a car towards your exposed penis & that other time you told my friend to come to your hotel when she was 17? After you had already been caught doing that to a different 17 year old?

Filmmaker Sarah Tither-Kaplan tweeted: “Hey James Franco, nice #timesup pin at the #GoldenGlobes, remember a few weeks ago when you told me the full nudity you had me do in two of your movies for $100/day wasn’t exploitative because I signed a contract to do it? Times up on that!”

Actress Ally Sheedy also took to Twitter during the Golden Globes to post about Franco in since deleted tweets: “James Franco just won. Please don’t ever ask me why I left the film/tv business.”

“Why is a man hosting? Why is James Franco allowed in? Said too much. Nite love ya,” Sheedy wrote.

CNN has reached out to the three women for comment.

“I have my own side of this story, but I believe in these people that have been underrepresented getting their stories out enough that I will hold back things that I could say just because I believe in it that much,” Franco responded when Meyers asked about the tweets.

“If I have to take a knock because I am not going to try and actively refute things then I will because I believe in it that much,” Franco added.

The allegations also came up when Franco appeared as a guest on “The Late Show with Stephen Colbert” on Tuesday. 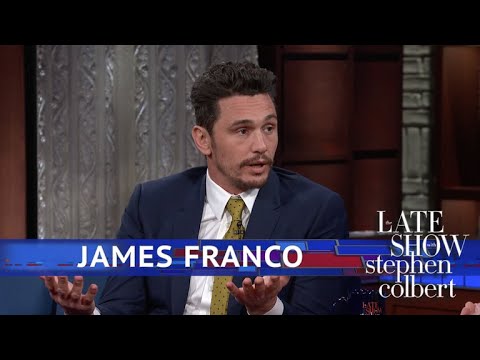 “The things that I heard that were on Twitter are not accurate, but I completely support people coming out and being able to have a voice because they didn’t have a voice for so long,” Franco said to Colbert. “So, I don’t want to shut them down in any way. It’s a good thing and I support it.”

Franco went on to say that he had “no idea” what Sheedy’s tweets were in reference to but vowed to “fix it” if he had done “something wrong.”

On Thursday, the Los Angeles Times published a story in which Paley and Tither-Kaplan joined three other women in alleging they experienced inappropriate and sometimes sexually exploitative behavior by Franco.

Hilary Dusome told the publication she took an acting class with Franco in 2012 at Playhouse West in North Hollywood, California.

She and fellow student Natalie Chmiel alleged that they experienced “an unprofessional and hostile shoot at a strip club,” while working on what they believed to be an art film or a commercial by Franco.

“I felt like I was selected for something based on my hard work and my merit, and when I realized it was because I have nice [breasts], it was pretty clear that was not the case,” Dusome said. “I don’t think he started teaching with bad intentions, but he went down a bad path and damaged a lot of people in the process.”

When contacted by CNN, a representative for Dusome declined to offer further comment.

“He just took advantage of our eagerness to work and be a part of something bigger,” Chmiel said. “We were all these up-and-coming actors who were so hopeful.”

Katie Ryan told The Times she met Franco at Playhouse West and took several classes at Franco’s Studio 4 film school, which he launched in Los Angeles and New York.

Ryan alleged that Franco would lead students to believe “there were possible roles on the table if we were to perform sexual acts or take off our shirts.”

CNN has not confirmed the women’s accounts.

When contacted by CNN, a spokesperson for Franco pointed to the actor’s comments on the late-night shows and provided statements from supporters.

“As an owner of Rabbit Bandini Productions, the company that ran Studio 4 - the school was always run professionally,” Vince Jolivette said in a provided statement. “Our instructors were excellent, student feedback was positive and this recent tweet from a former student is very inconsistent with the mission of the school and we are investigating this matter.”

In 2014, Franco made headlines for texting with a 17-year-old girl he had met and then flirted with on social media.

Franco addressed the incident during an appearance on “Live with Kelly and Michael.”

“I’m embarrassed and I guess I’m just a model of how social media is tricky,” Franco said at the time. “It’s a way people meet each other today, but what I’ve learned … you don’t know who’s on the other end. You meet somebody in person and you get a feel for them, but you don’t know who you’re talking to. So, I used bad judgment and I learned my lesson.”