‘Do The Right Thing’ still has something to say

This story has been updated from its original version. For more stories behind the films you love, watch CNN’s “The Movies” Sundays at 9 p.m. ET/PT starting July 7.

In 1989, the warnings were dire. The Spike Lee film “Do the Right Thing,” critics and columnists said, would provoke violence and disrupt race relations.

“This movie is dynamite under every seat,” wrote Newsweek’s Jack Kroll.

Other commentators believed the film would harm the candidacy of David Dinkins, an African-American who was running for mayor of New York. It might even spark riots at movie theaters, they thought.

DO THE RIGHT THING - Trailer - HQ 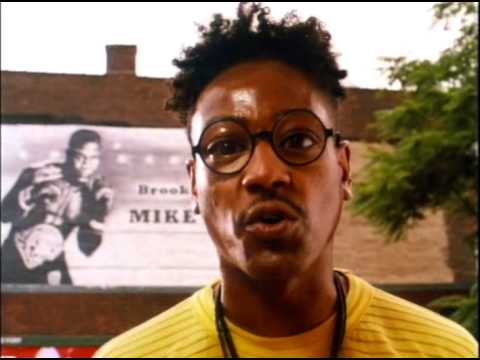 Instead, what the film provoked was … talk. There were no riots. Dinkins was elected. Released in theaters on June 30, 1989, “Do the Right Thing” went on to have a successful run at the box office – if not as successful as Lee and his supporters hoped – and was nominated for two Academy Awards.

“It was like a cultural hand grenade,” actor Edward Norton says in the CNN Original Series “The Movies.” “Someone set it off, and you just couldn’t believe the things that were being said in that film. They were all under the surface, but they just weren’t said in that way.”

Go back to the '80s with these 33 massive movie hits

Thirty years later, the film still maintains a hold on the imagination. The American Film Institute ranks it as one of the 100 best American films, and it’s known as the movie that made the late, venerated critic Roger Ebert cry. “Spike Lee had done an almost impossible thing. He’d made a movie about race in America that empathized with all the participants,” he wrote in 2001.

Part of its staying power is in its boldness, both in look and action. Lee’s first two films, “She’s Gotta Have It” (1986) and “School Daze” (1988), had marked him as a rising young filmmaker. But it was “Do the Right Thing,” made when Lee was just 32, that showcased his confidence, from the deliberately striking color scheme (bright reds and oranges that make a hot day seem even hotter) to its heightened – sometimes stagy – atmosphere, to its grim, documentary-style riot climax.

"Do The Right Thing" is set in the Brooklyn neighborhood of Bedford-Stuyvesant.
40 Acres and a Mule/Universal Pictures

Then there was its willingness to address issues head-on. Lee has said he wrote the film quickly, upset by racial incidents roiling New York City in the 1980s. (In one, the 1986 Howard Beach tragedy, three black men who had wandered into the largely Italian neighborhood by mistake were beaten by a group of white teens; one of the men was killed as he fled across a nearby highway.)

“When I wrote the script … New York City was a very polarized city, racially,” he said. “I wanted to do a film that would try to show what was happening at the time.”

He was also determined to roll in other clashes between poor locals and gentrifying whites, between police and citizenry, even between men and women.

Richard Edson, left, John Turturro, center, and Spike Lee appear in "Do the Right Thing."
40 Acres and a Mule/Universal Pictures

That friction takes a simple, sketchy plot – a scorching day in the life of Brooklyn’s Bedford-Stuyvesant neighborhood – and turns it into a series of tense standoffs. The generally African-American residents are trying to beat the heat. Sal, an Italian pizza shop owner, oversees his corner business.

A local agitator, Buggin Out, crosses Sal. Sal’s prejudiced son Pino faces off with Mookie, the delivery man played by Lee. The residents grumble at the Korean grocer. But all is more or less calm until Sal busts the boombox of the defiant Radio Raheem, and then hell breaks loose.

The passion of “Do the Right Thing” is obvious: “Opinion will always be divided on … ‘Do the Right Thing,’ ” wrote The New Yorker’s Anthony Lane. “But it remains a thrilling panorama of social crackup – a wide and worthy development of themes that Lee had been mulling since ‘She’s Gotta Have It.’ “

“Into the ’80s, there was certainly a push to have more diversity on screen. But diversity on screen doesn’t necessarily mean diversity behind the camera,” says The Boston Globe’s Renee Graham. “And you didn’t really have a lot of black filmmakers who were getting a chance to make films, so you really do need Spike Lee at that point.”

But perhaps the real reason people talk about “Do the Right Thing” three decades on is because it’s still relevant. In 2009, one year into Barack Obama’s presidency, Lee made the point that race issues didn’t vanish simply because America had a black president. Nearly a decade later, not much had changed.

Lee told CNN in 2018 that he thinks the election of Donald Trump is a “direct reaction to eight years of President Barack Obama.”

“It’s two step forward, one step back,” he said. “The reason why I feel that race is still a big discussion in this country (is) because we’ve never really honestly dealt with slavery. Once we start having an honest discussion on slavery, then we can move forward.”

If you have yet to see “Do The Right Thing,” try checking your local theater listings; the film is being re-released in 4K this weekend in select theaters.