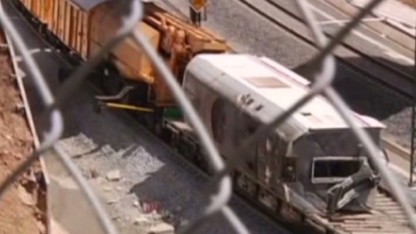 CNN's Karl Penhaul reports on the charges facing the driver of a high-speed train that crashed in Spain, killing dozens.
FULL VIDEO 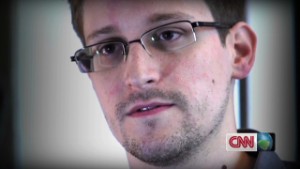 Snowden continues to wait for asylum 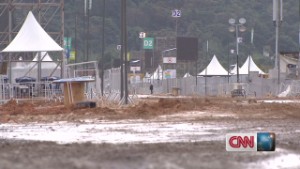 Foreign nationals have been killed in an attack in northern Pakistan. CNN's Saima Mohsin reports from Islamabad.

What will Obama, Xi discuss?

The building of the future

CNN's John Vause talks to Lloyd Alter about what will be the tallest building in the world.

US diplomat accused of spy recruitment

Russian authorities detained a US diplomat accused of attempting to recruit a Russian intelligence officer into the CIA .

Several countries may not be able to enter the Eurovision song contest because of the economic crisis.

Spotify lists the five rock star moms who get streamed the most by its listeners. Shanon Cook shares the list.

A fight broke out on the floor of Venezuela's parliament. The opposition wants a presidential election recount.

Family and friends gather for the funeral of the teen who committed suicide after allegedly being raped and bullied.

As North Koreans celebrate Day of the Sun, some South Koreans put their anxiety aside to enjoy the spring weather.

A musician in Syria has found an innovative way to make instruments from weapons.

As ex-PM Silvio Berlusconi arrived at a polling station in Italy on Sunday, topless protesters pushed through the crowd.

Accused of murdering his model girlfriend, Oscar Pistorius breaks down in court. CNN's Errol Barnettt has the latest.

CNN's Phil Black reports on the meteor shower that injured hundreds in Russia.

Several people are reported killed in an attack on a camp for Iranian exiles in Iraq. CNN's Arwa Damon reports.

The UNHCR believes there will be more than one million Syrian refugees before June. CNN's Mohammed Jamjoom reports.

Jonathan Mann talks with ITN Correspondent Lindsey Hilsum as she drives into Gao with Malian troops.

The UN says that 620,000 are registered as Syrian refugees. CNN's Joe Duran visited some of the camps where they live.

CNN's Tim Lister has more on France and how it will be involved in the Mali conflict.

Police clash with protesters in Belfast

Protesters in Northern Ireland oppose a decision by the Belfast City Council to stop flying the Union flag year-round.

Nominations are in and Kim Serafin takes a look at the leading contenders to take home an Oscar this year.

Thousands of people have been stranded and at least 100 homes destroyed as wildfires raced across Tasmania.

Rumors persist that Venezuelan President Hugo Chavez is sicker than the government says. The latest from World Report.

Friend: I begged them to leave her

A man describes the brutal rape of his friend and their struggle to find help after being dumped from a New Delhi bus.

Which actors and actresses topped Forbes' list of those making the most for each dollar they earn? Kim Serafin reports.

Spaniards and immigrants seek relief in austerity-driven Spain. Al Goodman catches up with three people in the crisis.

Authorities say at least one person died and 40 people were injured after a fire broke out in a warehouse in Lagos.

CNN's Robyn Curnow reports on the release of Nelson Mandela from a hospital in South Africa.

CNN's Mohammed Jamjoom reports on a video that seems to show Syria's military police chief defecting to join the rebels.

Celebrating Christmas around the world

Watch Christians gather around the world as the pope celebrates Christmas Eve Mass.

Who was snubbed by the Grammys? Which actors are overpaid? Stephen Baldwin arrested. Kim Serafin reports.

Two men prepare to spend a year in space and gather data on the long-term effects of space travel. Jim Clancy reports.

Multiple explosions have been reported "in the vicinity of Jalalabad Airfield" in eastern Afghanistan.

An unknown number of cars were trapped early Sunday after a tunnel collapsed west of Tokyo. CNN's Alex Zolbert reports.

This week in Hollywood

Charlie Sheen's show of support, Lindsay Lohan's new charges and Halle Berry's deal with the father of her child.

No Internet, phone service in Syria

CNN's Arwa Damon reports via satellite phone about the loss of Internet and cell phone service in Syria.

CNN's Fred Pleitgen reports from Ramallah, where people have taken to the streets in celebration of the U.N. vote.

Hamas stronger after the conflict

CNN's Brian Todd reports on Hamas's position after the conflict with Israel: indications are it has emerged stronger.

President Obama begins his Asia visit, which will include a stop in Myanmar. CNN's Dan Rivers reports.

Empowering women around the world

This video purports to show government forces shelling a bakery in Aleppo that reportedly killed dozens of people.

Retired cyclist Lance Armstrong speaks out at a gala marking the 15th anniversary of his Livestrong cancer foundation.

Syria under suspicion for Lebanon attack

Syria is under suspicion for Friday's deadly attack in Lebanon. CNN's Mohammed Jamjoom has the latest update.

Jolie: We are all Malala

CNN's Mohammed Jamjoom talks about how the Syrian government is trying to regain control of a key location.

Singer Rihanna and Chris Brown may be back together. Kim Serafin of "In Touch Weekly" has the latest.

Officials are beginning their investigation into a Hong Kong ferry collision that left 38 people dead.

CNN's Richard Roth reports on the latest in the China-Japan land dispute and what Japan's PM said in front of the UN.

Hundreds of Libyan protestors have stormed the headquarters of an extremist militia. CNN's Arwa Damon has the details.

Cancer center: We know how to save lives

MD Anderson Cancer Center has a plan for dramatically reducing cancer deaths in the next few years.

Japan Airlines has gone from bankruptcy to the biggest IPO of the year next to Facebook. Alex Zolbert reports.

Several Japanese plants in China have shut down after a wave of violence. CNN's Nina dos Santos reports.

Ernie Bower discusses Aung San Suu Kyi's visit to the U.S. and what's ahead for her country.

CNN's Stan Grant reports on the latest in the China-Japan land dispute and the U.S. Secy. of Defense's visit to China.

CNN's Stan Grant reports on the fallout from the island dispute between China and Japan.

Power goes out in parts of Cuba

Millions of people in Cuba lose power, and is believed to be the result of a transmission line outage.

Check out this huge sinkhole that opened up on a highway in Canada. It's so big it swallowed a car.

A koala surprises a group of people in Australia by swimming across a river towards their canoe and climbing in it.

Killing in the name of 'honor'

Pakistani human rights officials report 943 "honor" murders of women in 2011. A look at what drives these alleged crimes.

The case against assisted suicide

A Russian punk band will soon learn if they'll be sent to prison for holding an impromptu anti-government performance.

Jennifer Lopez has filed a $20 million lawsuit against her former driver. Kim Serafin has the latest.

CNN's Ben Wedeman reports from Syria on the desperate need for doctors amid bombardment by government forces.