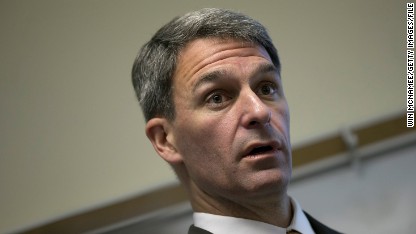 What GOP can learn from Cuccinelli's tanking bid in Virginia

Virginia is a cautionary tale for conservatives this year. And those Republicans who always argue that their party wins when it moves further to the right are going to have a lot of explaining to do after Election Day.
FULL STORY 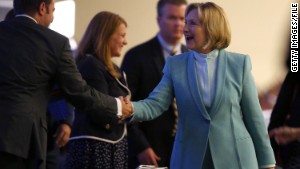 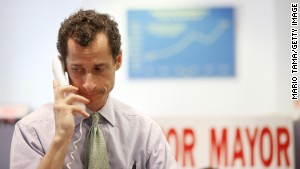 In the rearview mirror of history, the Nixon administration can look monstrous. It features a brilliant but insecure and almost constantly cursing chief executive who ruined a landslide 49-state re-election with a corrupt cover-up of a burglary ordered from within the White House.

Aaron Sorkin's HBO show "The Newsroom" represents the reality of working in television news about as accurately as "The West Wing" captured working in politics -- which is to say, not at all.

This week on the "Big Three" prodcast we talked with our special guest, CNN legal analyst Jeffrey Toobin, about the momentous upcoming week for the Supreme Court.

Why do we love gangsters -- at least the ones on TV and in the movies?

This week on The Big Three we say bye bye to Michele Bachmann; comedian Russell Brand joins us (naked, apparently) to talk about his column condemning group-blame in the wake of the brutal beheading of a British soldier; and Dean and Margaret offer their take on a commencement address for the Class of 2013.

On Memorial Day, we honor those patriots who gave "the last full measure of devotion" -- in Abraham Lincoln's words -- and died defending our freedom and union.

This week on "The Big Three," we take a look at what might have been Obama's worst week ever -- as a negative trifecta of scandals threaten to overwhelm his administration and derail his ambitious legislative agenda. We get a reality check with special guest, U.S. Rep. Keith Ellison. And no talk about the biggest stories of the week would be complete without a conversation about Angelina Jolie's decision to have a preemptive double mastectomy and the message it sends to millions.

The fiery South Carolina congressional special election between former Gov. Mark Sanford and Elizabeth Colbert Busch is attracting national attention -- but not for the reasons it should.

There are days when Congress seems determined to earn its 12% approval rating -- and that 14 Republican senators are threatening to filibuster any new gun legislation should make your blood boil if you still have a heart to pump it with.

This week on The Big Three we tackle North Korea's nuclear threats, North Carolina's push for an official state religion and a new poll that shows conspiracy theories proliferate along partisan lines across the USA.

Forget Punxsutawney Phil's predictions. The words "Play ball!" are the most dependable sign that spring has arrived in America. Finally, baseball season is here.

Some days start out historic. The gay civil rights movement has reached the Supreme Court -- a milestone by any measure. We won't know what the justices will decide until June, but it is not too early to reflect on how we got here.

Welcome to The Big Three -- a CNN Radio podcast on the big three stories of the week, featuring three contributors who write for CNN Opinion -- myself, my bride, Margaret Hoover, and political comedian Dean Obeidallah, who is of no relation (as far as we know).

"You guys are crack addicts."

Never fear. While North Korea is a closed communist state, a rogue nuclear power that regularly threatens war and starves its own people in prison camps, Dennis Rodman has just returned from some one-on-one diplomacy with its "dear leader" Kim Jong Un and has good news to report: "I love him. The guy is awesome. He was so honest."

With a crop of political movies in the Oscar running, this weekend Hollywood is looking more like Poliwood. Best Picture contenders such as "Argo," "Zero Dark Thirty" and "Lincoln" have managed to pay off at the box office even as they brought politics and history to the big screen -- proof that we'll take smart over stupid as long as we're entertained while educated.

You would click on the link, and there you'd find the Tea Party Patriots' mailer, calling for liberty and asking for money, decrying "big-government Republicans" and "leftist Obama Democrats" alike.

"What we have done is kicked this can down the road. We are now at the end of the road and are not in a position to kick it any further. ... We have to signal seriousness in this by making sure some of the hard decisions are made under my watch, not someone else's."

Question: What do George Clooney, Chaka Khan, the American Medical Association, Bon Jovi and C. Everett Koop have in common?

At Thursday's Capitol Hill confirmation hearing, Chuck Hagel will finally get to answer his critics.

Louisiana Gov. Bobby Jindal rode into the Republican National Committee retreat in Charlotte, North Carolina, ready to offer a dose of tough medicine for the Republican Party, which he now says "must stop being the stupid party."

If you don't get the job done at work, you won't get paid.

Everybody knows the Republican Party is basically an all-white bastion, right? After all, even Colin Powell condemned the "dark vein of intolerance" that has flowed through his party since the post-civil rights era political realignment.

Joe Biden doesn't much like the NRA -- and the feeling is mutual.

"It's why the American people hate Congress. Unlike the people in Congress, we have actual responsibilities."

Jack Alvo drives the streets of the New York City six days a week -- the 5 a.m. to 5 p.m. shift. He never imagined he'd be a cabdriver at his age.

Sometimes it takes a tragedy to make us confront reality.

Washington is playing chicken with the fiscal cliff -- the combination of automatic tax hikes and deep spending cuts in 2013 that could plummet our recovering economy back into recession. Brinksmanship is back while the clock ticks.

Marvin Miller died Tuesday at the age of 95.  And here's why you should know his name: Miller transformed the game of baseball even though he never put on a uniform.

Who's afraid of Grover Norquist?

In the horse race coverage of political campaigns, we sometimes forget that elections are just exciting preambles to the main event -- governing.

Indiana Republican Senate candidate Richard Mourdock believes that rapes resulting in pregnancy are "something that God intends to happen."

This election is about the economy -- not social issues or other distractions.

"Partisanship ought to end at the water's edge" is a longstanding adage of American politics.

One of the mysteries of this administration is that President Obama is a great orator, but not always a great communicator, and we saw that dichotomy in effect again last night in Charlotte.

Clint Eastwood's rambling speech to an empty chair in Tampa, Florida, was more than just awkward performance art on a political stage.

Is that the best he can do?

"If it's a legitimate rape, the female body has ways to try to shut that whole thing down."

One hundred years ago Monday, Theodore Roosevelt launched the most successful third party presidential bid in American history, declaring, "We stand at Armageddon, and we battle for the Lord!"

The bodies of the victims are being buried. The court case will continue, without cameras. The horror in Aurora has faded from the front page in favor of Olympic coverage.

Welcome back to work, Congress. Hope you enjoyed your fourth full week off this year. Now find a way to work together to help get America back to work.

This is what happens when politics starts looking like a cult: Jeb Bush gets attacked for being a traitor to the conservative cause.

It's not your imagination: Our politics are more polarized than at any point in recent history.

The World Trade Center is again the tallest building in New York one year after the killing of Osama bin Laden and more than 10 years after the attacks that brought them down.

It turns out that Richard Nixon was a hippie.

It's tough to get quality people to run for political office these days. There's the cult-like polarization, the vicious mudslinging, and the cost to families and finances.