Findings of the Cafeteria Events

The Cafeteria Team was led by FBI Special Agent Rich Price and assisted by Denver Police Department Sergeant Calvin Hemphill.  The team was assigned the task of identifying and interviewing all students, faculty and school employees that were in the school cafeteria before, during and immediately following the shooting.  The purpose of the interviews was to specifically identify witness locations and proximity to others within the cafeteria, identification of students sitting with other students, identifying what they witnessed, and their exit out of the cafeteria once the shootings began.  The cafeteria team consisted of 27 investigators for varying terms based on availability.  A total of 751 leads were assigned to the cafeteria team, which included areas in close proximity to the cafeteria. 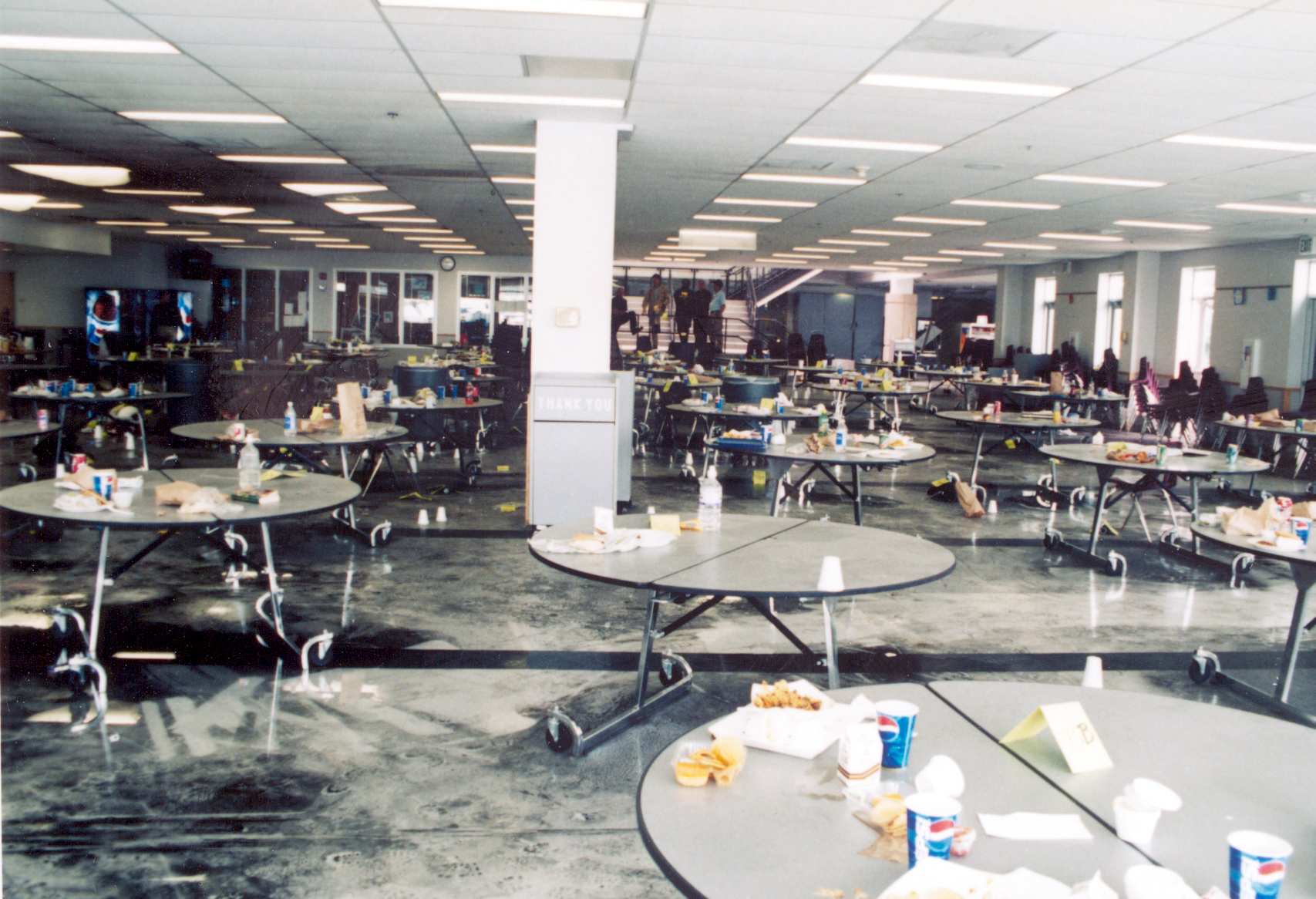 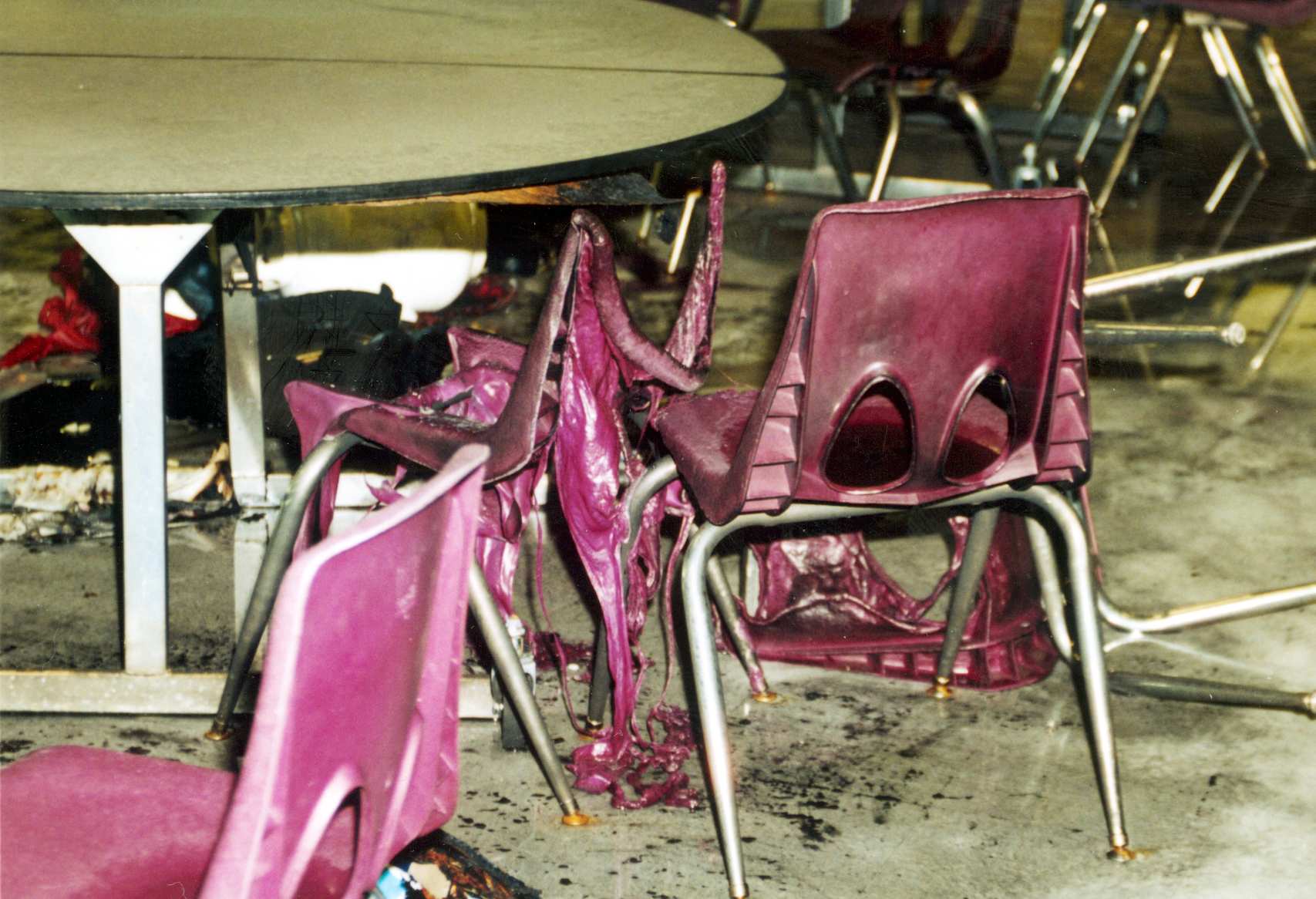 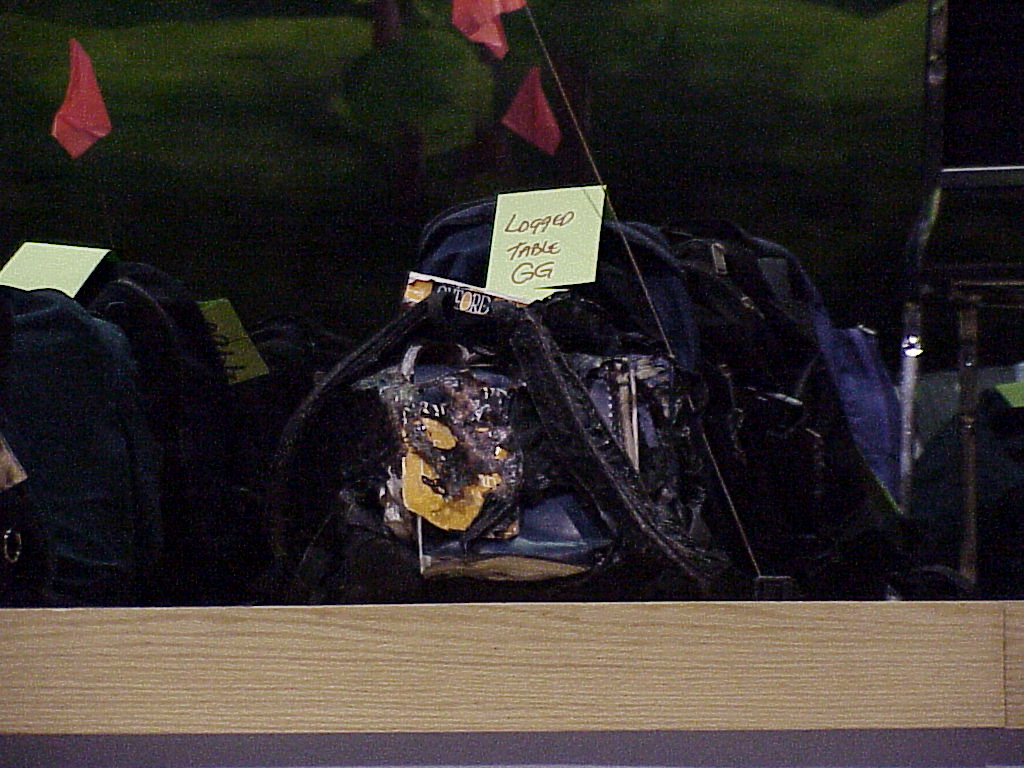 Over 400 backpacks (shown below in the auditorium) were initially recovered in the cafeteria and helped the investigators identify students believed to be present in the cafeteria when the incident began.  School records also provided student and faculty information as to scheduled lunch periods and class schedules.  Witness interviews resulted in identifying those students who did not leave their backpacks behind. 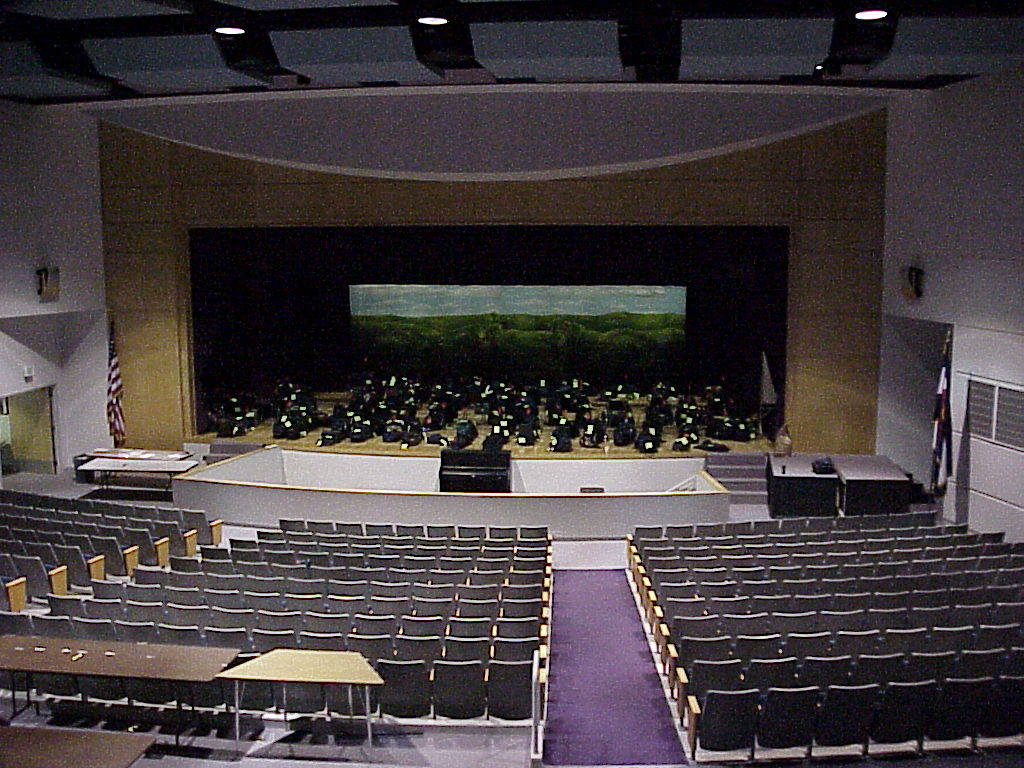 Identification of the suspects ranged from personal acquaintances to physical descriptions of Harris and Klebold.  Witnesses observed Klebold and Harris with weapons, explosives or both.  No one other than Harris and Klebold were identified as being involved in the shootings.

There was no one injured in the cafeteria as a direct result of Harris and Klebold’s actions.