Two bombs struck near the finish line of the Boston Marathon on April 15, killing three people and injuring dozens. Read below for timelines of the bombings, the manhunt and an explanation of how the bombs may have been constructed. Full story »

Map of the attacks

The timeline below of the two suspects in the bombings -- identified as Tamerlan Tsarnaev, 26, and 19-year-old Dzhokhar Tsarnaev by law enforcement officials -- are culled from a criminal complaint and affidavit filed by FBI special agent Daniel Genck. Read profiles of the victims » 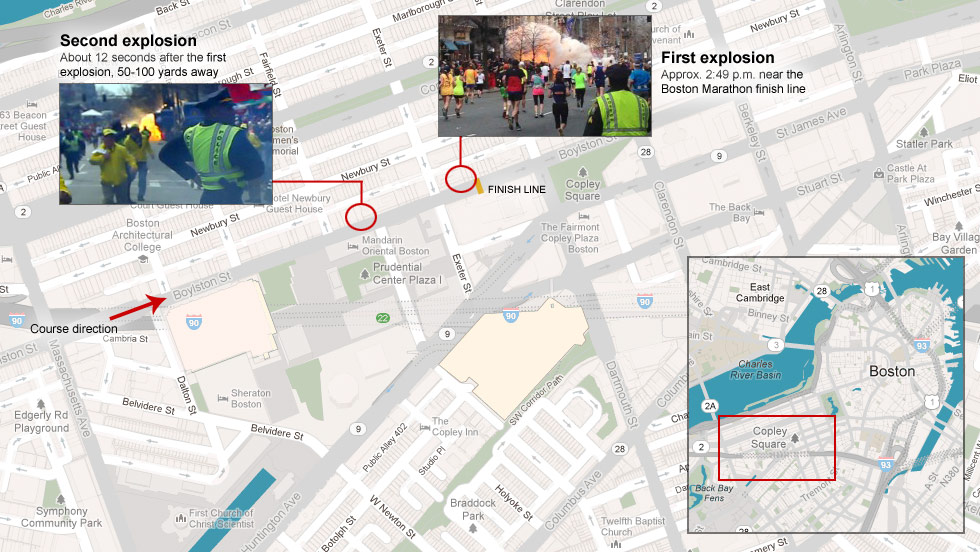 Search for motive in Boston bombings

Uncle: 'Loser' should turn self in

A suspect in the Boston Marathon bombings was taken into custody Friday, April 19, ending a massive manhunt that locked down the Massachusetts capital. Earlier, another suspect died from injuries sustained during a firefight with police. 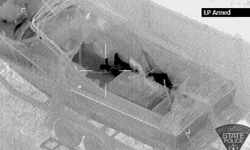 A look at pressure cookers as bombs 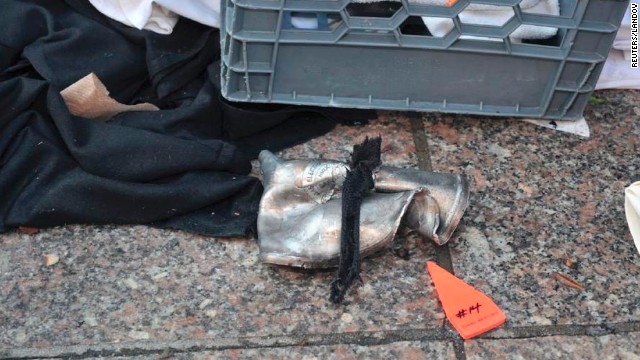 A federal law enforcement source with firsthand knowledge of the investigation told CNN that a lid to a pressure cooker thought to have been used in the bombings had been found on a roof of a building near the scene.

Pressure cookers have been used in past attacks and plots. They're considered a serious enough threat that the Department of Homeland Security issued an advisory about pressure cooker bombs in 2004.

Click through for a glance at the role of pressure cookers in the making of bombs.

The two bombs -- each with the capacity to hold 6 liters of liquid, according to a Boston law enforcement source -- blew up seconds and a short distance apart on Boston's Boylston Street.

Photos obtained by CNN, which were in a bulletin sent to federal law enforcement agencies, showed parts of a pressure cooker, a shredded black backpack, and what appear to be metal pellets or ball bearings. The parts found include a partial circuit board, which could be used to detonate a device.

A CNN animation of how the apparent pressure cooker bomb may have been set up.

The device contained fragments that may have included nails and ball bearings, the FBI said. Part of a circuit board was also found, which might have been used to detonate a device.

The Department of Homeland Security issued an advisory about pressure-cooker bombs in 2004. Bombs are made by placing TNT or other explosives in a pressure cooker and attaching a blasting cap at the top of the pressure cooker, the advisory said.

"The size of the blast depends on the size of the pressure cooker and the amount of explosive placed inside. Pressure cooker bombs are made with readily available materials and can be as simple or as complex as the builder decides. These types of devices can be initiated using simple electronic components including, but not limited to, digital watches, garage door openers, cell phones or pagers."

Such improvised devices use readily available materials that cannot be easily traced. Al Qaeda in the Arabian Peninsula, in its English-language online magazine Inspire, noted such "ingredients are readily available" and they are "easily disposed of if the enemy searches your home."

There is no evidence of AQAP involvement or of any of its supporters in the Boston attack. And such a formula is certainly not unique to AQAP. Variations appear all over the Internet. A senior U.S. counterterrorism investigator told CNN that pressure cooker bombs have also been a signature of extreme right-wing individuals in the United States, who he said tend to revel in building homemade bombs.

Some past terror plots have used pressure cookers. In 2010 in Times Square, Pakistani-American Faisal Shahzad (right) tried to detonate a vehicle bomb that included "a pressure cooker containing approximately 120 firecrackers," according to a 2010 DHS bulletin.

In July 2011, Naser Jason Abdo (left) attempted to attack fellow soldiers at Fort Hood using a bomb, police said. After Abdo's arrest, police searched his hotel room and backpack and found 6 pounds of smokeless powder, Christmas lights and battery-operated clocks -- which were apparently intended to create a timing and triggering device -- sugar, shrapnel, a pressure cooker, and shotgun shells that were being dismantled for raw explosives, a Defense Department official told CNN.