There have been many questions about the train crash and explosion in Lac-Megantic, Quebec that wiped out a swath of the town 130 miles east of Montreal. Below is an overview of the events leading up to Saturday's derailment, according to investigators and railway officials.
Full story » 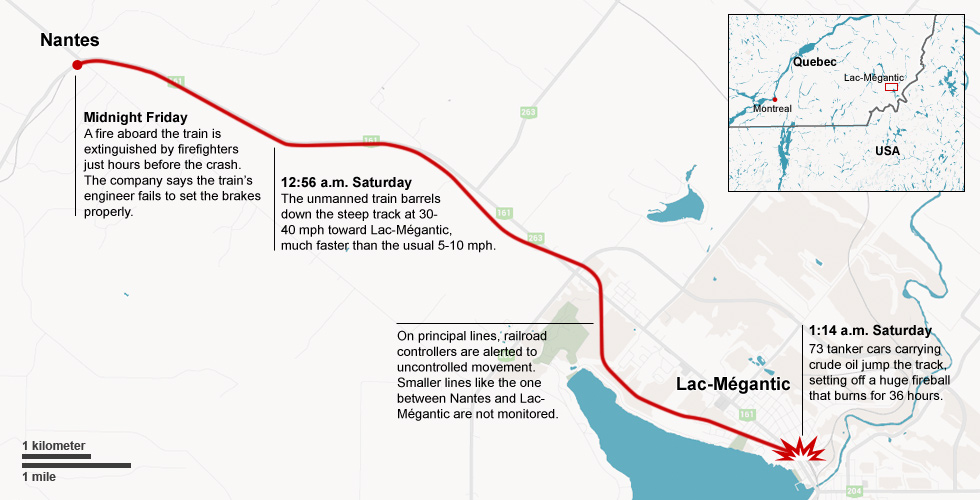 An estimated 2,000 people were forced to flee their homes, according to the Canadian Red Cross. As of Tuesday, some 1,200 residents were allowed to return to their homes in the area. Another 800 were still being kept away due to the investigation and safety issues, authorities said.
See more aerial photos » 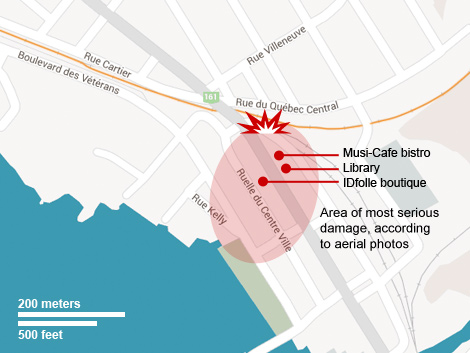 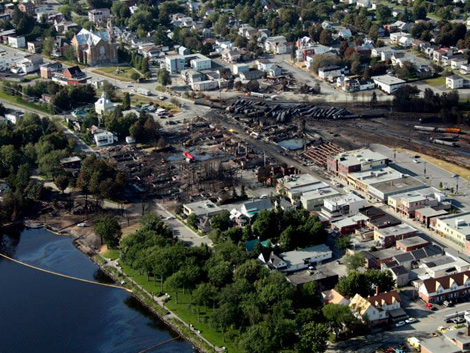 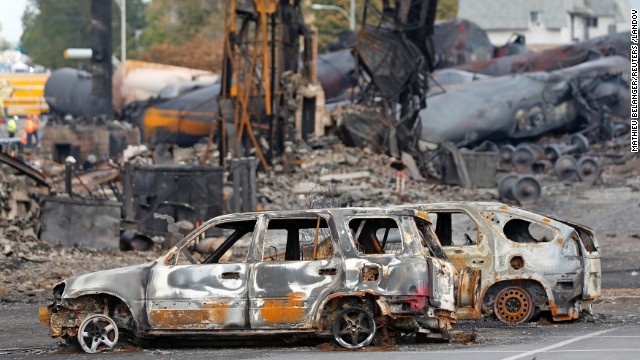 Train wreckage is pictured in Lac Megantic, Quebec, on July 9. About 40 businesses were leveled in Saturday's explosion. 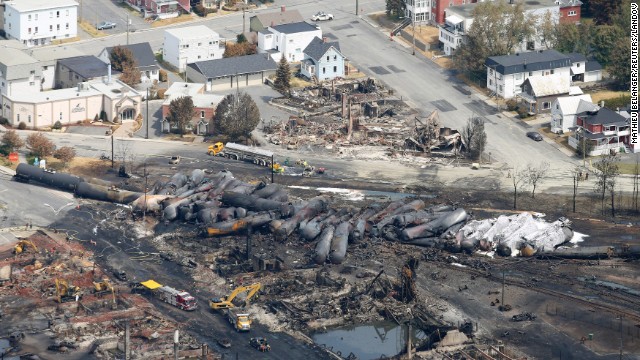 Burned tanker cars are scattered on the tracks in Lac-Megantic, Quebec, on Monday, July 8.