Rugby Union formally began in Australia with the formation of the first clubs, the oldest of which is the Sydney University Club, formed in 1864. By 1874 there were enough clubs to form a Sydney Metropolitan competition, and in that year the Southern Rugby Union was established. 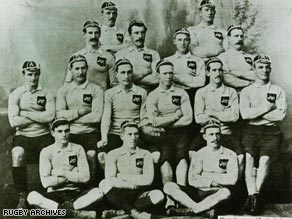 Until 1947, New South Wales, as the senior union, was responsible for the administration of all incoming and outgoing tours and for representing Australia on the International Rugby Board. However, in that year the various State Unions agreed that the future of Rugby Union in Australia would be better served by forming one administrative body.

Added impetus came in 1948 when the International Board invited Australia specifically (rather than a New South Wales representative), to take a seat on the Board.

Sir Leslie Herron, the President of New South Wales Rugby Union, was a guiding hand in the formation of the Australian Rugby Football Union and overseeing activity through his role as chairman.

After a slump in the fortunes of Australian Rugby in the early 1970s, an in-depth survey of the past, present and future Rugby Union was carried out, resulting in a re-appraisal of coaching Rugby World Cup techniques and a restructuring of the administration.

All About Australian Rugby Union