Q&A: How will the UK bailout work?

LONDON, England (CNN) -- Why has the UK government decided to inject nearly $90 billion of taxpayers' money into banks and lend them a further $350 billion? 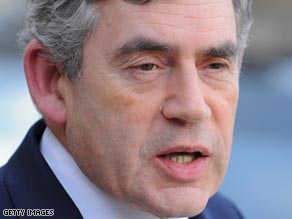 In short, they had little choice. The level of panic in the markets Tuesday, which saw banking shares decimated, meant British Prime Minister Gordon Brown and Chancellor Alistair Darling had to take urgent action to lift confidence in the banking sector. They hope the funding injection in return for shares will reassure the markets that giant banks like the Royal Bank of Scotland (RBS) and HBOS can survive the credit crunch. The $350 billion worth of loans is needed because the banks are reluctant to loan to each other -- an essential part of their daily business -- and to get cash flowing through the system again.

Where did the idea come from?

A similar scheme was introduced in Sweden in the early 1990s when the country faced a banking crisis. It proved successful, with taxpayers eventually seeing a return on their capital investment when the banks' share prices improved.

Why not a U.S.-style bailout?

Many have criticized the U.S.'s $700 billion bailout because it does not recapitalize the banks in return for a share holding on which taxpayers could see a return. Instead, its main aim is to purchase all the bad debt held by the banks and make money from that over time. The risks to U.S. taxpayers are perceived as being greater.

Are the banks happy?

You bet. They have been clamoring for extra cash to shore up their balance sheets following the runs on their share prices. Abbey, Barclays, HBOS, Lloyds TSB, Nationwide Building Society, RBS and Standard Chartered have all signed up for the government deal. HSBC endorsed the plan but added it had "no current plans to utilize the UK recapitalization initiative."

What is the government asking for?

The details are still sparse, but Brown and Darling say in return for the funding they want preference shares. They will also demand new rules to control dividend payments and executive compensation and require the banks to lend more to small businesses and home buyers.

What is the risk to UK taxpayers?

Well, it's probably not something anyone really wants to dwell on. The nightmare scenario would be that the package fails to see confidence return and that money markets remain frozen. If shares prices continue to slide the taxpayer loses out. Moreover, if the banks take up all of the government's latest lending and can't pay it back the financial hangover could last for decades. If banks don't start lending again to each other and, just as importantly, customers, a deep recession is inevitable.

Is there any good news?

Dream of Sweden. If bank share prices rebound, which is the most likely result (though it may take years), the government could sell at a profit. Till then, the government will also receive dividends on shares and income from the extra lending it is providing.