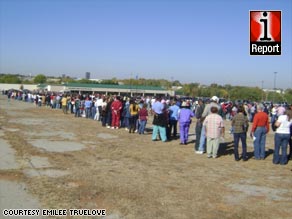 "It's a flight or fight response," Crawford said. "Basically, my heart rate gets high or my blood pressure gets higher. Adrenaline and noradrenaline start secreting and it's energizing me to do something." iReport.com: Election stress-o-meter

Similarly, he doesn't recommend giving full vent to your anger and "letting it all hang out." Listen to more from Mark Crawford in the Health Minute podcast

Crawford also touted the benefits of hitting an imaginary pause button during an angry situation and calling for a time out. iReport.com: Facing long voter lines? Show us