WASHINGTON (CNN) -- Opponents of a bill that would overhaul the 1978 Foreign Intelligence Surveillance Act blocked consideration Thursday of the controversial bill until after the July 4 recess. 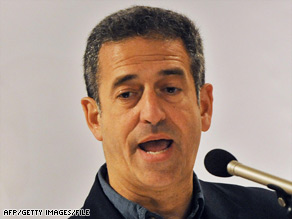 Senate Democratic leaders announced the delay because of a filibuster spearheaded by Sens. Russ Feingold, D-Wisconsin, and Chris Dodd, D-Connecticut.

But the measure is expected to pass by a large margin with the support of both major parties' presumptive presidential nominees, Sen. Barack Obama and Sen. John McCain.

Language that appears likely to let telecommunications companies escape lawsuits over the Bush administration's warrantless surveillance program has drawn sharp opposition from liberal Democrats such as Feingold and Dodd.

"I'm pleased we were able to delay a vote on FISA until after the July 4 holiday instead of having it jammed through," Feingold said. "I hope that over the July 4 holiday, senators will take a closer look at this deeply flawed legislation and understand how it threatens the civil liberties of the American people. It is possible to defend this country from terrorists while also protecting the rights and freedoms that define our nation."

"I'm pleased that consideration of the FISA Amendments Act has been delayed until after the 4th of July recess," Dodd said. "I urge my colleagues to take this time to listen to their constituents and consider the dangerous precedent that would be set by granting retroactive immunity to the telecommunications companies that may have engaged in President Bush's illegal wiretapping program.

The House of Representatives voted last week to overhaul FISA, which requires a secret court to sign off on domestic electronic surveillance in intelligence cases. The law was passed in 1978 in response to Watergate-era wiretapping abuses.

The Bush administration and the bill's supporters argue that modern technology requires that the law be updated to allow intelligence agencies to spy on phone or Internet traffic overseas that might be routed through switches in the United States.

"As telecommunications technology has changed, intelligence agencies have been presented with collection opportunities inside the United States against targets overseas," said Sen. Jay Rockefeller, the Democratic chairman of the Intelligence Committee. "Yet because of the way FISA was written in 1978, they could not take full advantage of these new opportunities."

Supporters say the new bill requires court oversight of communications intercepts and will prevent presidents from launching another program like the one the Bush administration acknowledged in 2005.

Obama, who had said he would oppose any bill that would toss out lawsuits against the phone companies, has said he will support the new proposal. He said it makes sure that in the future, "somebody's watching the watchers."

"Given that all the information that I've received is that the underlying program itself actually is important and useful to American security, as long as it has these constraints on them, I felt that it was more important for me to go ahead and support this compromise," Obama said Wednesday in Chicago, Illinois.

President Bush acknowledged in 2005 that he ordered the secretive National Security Agency to intercept communications between U.S. residents and people overseas suspected of having ties to terrorism. The administration insists that the program was authorized when Congress approved military action against al Qaeda after the terrorist network's 2001 attacks.

But Democrats and some leading Republicans in Congress say it violated FISA, which required intelligence agencies to get court approval before spying on Americans. The revelations led to several lawsuits against the phone companies that cooperated with the program by people who suspect they were targets of the wiretaps.

The Bush administration has refused to share records of the program with federal courts, invoking a "state secrets" privilege.

All About U.S. Senate