Harness your star power to shine in interviews

LONDON, England (CNN) -- The next time you've got a job interview and someone advises you to "just be yourself," you might do well to ignore their advice. 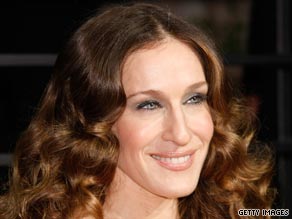 Sarah Jessica Parker says even if you don't get the job, "just getting through the process is invaluable."

"A job interview is a performance, almost the purest performance of all because you've got a very short time to make a good impression," says Caroline Goyder, a communication coach who counts actors, politicians and broadcasters among her students.

Goyder has just written a book called "The Star Qualities," which includes a chapter on how to shine in job interviews, taking tips from movie stars including Ewan McGregor and Sarah Jessica Parker.

"Auditions are quite similar to interviews -- the process is the same," Goyder told CNN. She says everyday life is full of performances, and in a job interview you need to present a particular image of yourself.

So what tips do Goyder and the movie stars have for job interviewees?

Goyder told CNN there's no point going to an interview unless you genuinely believe you have a chance of getting it; if you don't believe in yourself, neither will the interviewers. She recommends visualizing yourself actually doing the job.

Goyder says that in an interview you're so full of adrenaline that you'll have a tendency to gabber. She says that an actors' trick is to consciously breathe between thoughts, to put the breaks on your motor mouth.

Know when to stop talking

In your efforts to impress, you can sometimes say too much. Goyder says that once you've answered a question, resist the impulse to keep talking. If the interviewer needs to know more, they'll ask another question.

Rufus Sewell, who was in "The Illusionist" and "A Knight's Tale," says, "I used to have a tendency to talk myself out of jobs. I'd be so panicked by the pause that I would fill it with whatever came into my head."

Goyder told CNN, "There has been loads of research that says the interviews where you're likely to get the job are the ones where the interviewers talk more than you, because they're selling the job to you."

Your body language can say a lot about you, and Goyder recommends practicing your posture using a mirror or video camera.

"Actors talk about 'getting into the body,' meaning having an awareness of what your body is doing," she said.

"Most people with desk-bound jobs lose that awareness, but playing a sport will really help you develop that physical confidence."

Come back to the moment

"A thing that actors do when they get nervous is bring themselves back to where they are," said Goyder.

She recommends focusing on the chair you're sitting on, the floor under your feet or your hands on the table.

"When we get scared we have negative scenarios in our head, but if you come back to sitting, and be mindful of breathing and the room, you stop worrying," she said.

If you don't get it

Sarah Jessica Parker says, "It helps to think of the interview as an experience...just getting through the process is invaluable."

Goyder told CNN, "If you don't get the job, most actors say you have a day to feel rubbish then you have to bounce back.

"Don't feel defeated, it just wasn't meant to be. You can have a day to feel bad, then you have to move on."