FBI agent: How body language can boost your career 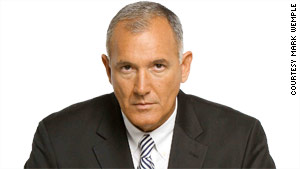 Former FBI agent Joe Navarro says you can use body language to get an edge in business.

London, England (CNN) -- Want to get an edge in business? Read your clients' body language, says one former FBI agent.

Understanding body language is the secret to inspiring confidence, conveying authority, and building relationships with business clients, according to Joe Navarro, a former FBI agent and expert in non-verbal communication.

Navarro, who was an agent for 25 years, says the skills he learned in the bureau can be used in business, helping companies win clients, and employees to develop their careers.

"When you recruit a spy or you get someone to confess, it's no different to making a sales pitch," Navarro told CNN.

"If you're watching a shoplifter in a store, you notice they try to hide in the open; their shoulders rise towards their ears and their head tends to be lower.

"It's the same thing in business. You're doing due diligence and you ask someone what their projected sales are; if they answer with shoulders up towards ears they lack confidence and are trying to mask their answer."

In his book "Louder than Words," Navarro says noticing these kinds of unintentional physical cues is a skill that anyone can learn and apply to the world of business. So what's his advice for using body language in the workplace?

If you want to convey authority, Navarro recommends identifying a leader you admire and mirroring their behavior.

"When Colin Powell walks into a room he doesn't have to say 'I'm a leader, I'm in charge, listen to me.' He exudes that non verbally," Navarro told CNN.

When you recruit a spy or you get someone to confess, it's no different to making a sales pitch
--Joe Navarro, former FBI agent
RELATED TOPICS

"Tony Blair does that and it sends the message 'I'm confident,'" said Navarro. "We wring our hands when we're struggling -- steepling is the opposite."

Navarro said that making clients, customers or colleagues feel comfortable is a sure way to win them over -- something he refers to as "the comfort dividend."

The key to making people feel comfortable is noticing when they're not. Navarro told CNN that people begin to show signs of discomfort by furrowing their forehead and crinkling their nose upwards.

If someone squints, covers or rubs their eyes -- that's a sign of discomfort. If they compress or bite their lips, or touch their neck, that's another giveaway.

But the biggest clue of all is if they interlace their fingers, with the fingers of one hand between the fingers of the other. If they then rub their hands it's a sure sign they are unhappy.

If you spot any of these behaviors it means there's an issue that needs to be addressed, and you should immediately try to identify the problem.

Navarro said that lie detection itself is very difficult, but there are clues that can help you work out whether to trust somebody. Watch how they respond when you ask them a question, when they process that question and when they answer the question.

"If they have difficulty in all three of those areas, you'd better check up, because truthful people don't struggle," said Navarro.

Signs of discomfort, such as speech errors, neck touching, lip biting, and squinting, mean they may not be being honest.

Non-verbal communication isn't just about body language -- it's about how others perceive you. Navarro said you need to take a good hard look at how you are perceived by others.

Dress for the job that you aspire to have. Be presentable; make sure your nails are clean and cut. Shoes don't have to be expensive, but they must be clean. Avoid excessive jewelry and comedy ties.

"You can either dress and groom to attract, or to distract," said Navarro.

"If you dress and groom to distract don't be surprised if you're not taken seriously or promoted or hire. That's just life," he finished.