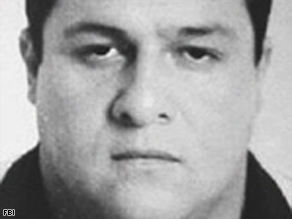 "As is often the case in plea agreements, there are concessions and benefits a defendant gets," Clay told CNN. "There are benefits that are very valuable to Montoya. Twelve counts will be dismissed at the time of sentencing."

Montoya's plea covered two federal cases. In one, prosecuted by the U.S. attorney's office in Miami, Montoya admitted to one count of conspiracy to import more than 5 kilograms (11 pounds) of cocaine into the United States and one count of obstruction of justice by murder, federal officials said.

In the second case, prosecuted in the District of Columbia, Montoya pleaded guilty to one count of conspiracy to engage racketeering. That case was transferred to Miami for the plea.

Sentencing is set for October 21, Clay said. By statute, Montoya could be sentenced to life in prison, but he will not, the attorney said. He said he believes prosecutors will ask for a 45-year sentence.

"This notorious leader of the extremely violent Norte Valle Cartel is where he belongs: behind bars for murder, drug trafficking and racketeering," acting Drug Enforcement Agency Administrator Michele M. Leonhart said in a news release.

Montoya, 48, had a $5 million reward on his head before his capture in Colombia in September 2007 and extradition to the United States 15 months later. He had been on the FBI's 10 Most Wanted list since 2004.

Authorities say Montoya, known as "Don Diego," was the head of the Norte Valle drug cartel. The FBI called the cartel "the most powerful and violent drug trafficking organization in Colombia."

The Justice Department said Tuesday that, "based upon FBI estimates, at its peak the Norte Valle Cartel was responsible for 60 percent of the cocaine exported from Colombia to the United States. ... (B)etween 1990 and 2004, the Norte Valle Cartel exported more than 1.2 million pounds, or 500 metric tons, of cocaine worth more than $10 billion from Colombia to the United States."

Even though he did not have to, Montoya chose to make a statement to Judge Cecilia M. Altonaga, the Colombian's attorney said.

"He said to the judge he wanted to express remorse to his family and to the families of the victims of his criminal conduct," Clay said.

Montoya is the fourth member of his family to be convicted as part of the Florida case, officials said Tuesday.

A brother pleaded guilty in January to one count of conspiracy to import more than 5 kilograms of cocaine into the United States and one count of obstruction of justice by murder. He was sentenced to 30 years in prison.

In November 2005, officials said, another brother and a cousin each pleaded guilty to one count of conspiracy to import more than 5 kilograms of cocaine into the United States. Each received a sentence of more than 20 years.

All About Drug Trafficking