Suspect's DNA was a clue waiting years to be found

(CNN) -- Jennifer Schuett didn't know it, but the DNA of the man suspected of attacking her in 1990 was sitting in an FBI database for at least 13 years, just waiting for a connection to be made. 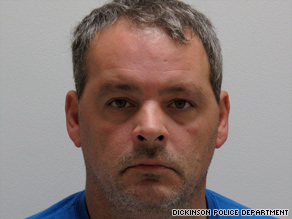 Dennis Earl Bradford, a 40-year-old welder, was arrested after DNA allegedly tied him to the crime.

She was 8 and had been abducted from her room, raped and left for dead in a field. All she knew about the man who kidnapped her was that he called himself Dennis.

His DNA was found on underwear left behind, but the sample was too small at the time to get a match.

Schuett helped police create a detailed sketch of the man who attacked her.

CNN normally does not identify victims of sexual assaults. But Schuett decided to go public with her story and her name to increase the chances of finding and prosecuting her attacker.

For nearly two decades, there were no answers.

But with technological advances, authorities were able to retest the small sample of the attacker's DNA last year. With those results, a suspect would be found -- and it would all be because he was convicted for an eerily similar crime.

Dennis Earl Bradford, 40, was arrested Tuesday in connection with Schuett's abduction and attempted murder. Authorities believe he was the man who kidnapped Schuett from her Dickinson, Texas, home, choked her, dragged her from his car and slashed her throat in 1990.

Watch the sketch artist's memories of Schuett at 8 »

On April 16, 1996, Bradford walked into Gator's Bar in Garland County, Arkansas, and offered to buy a woman a beer.

They played pool for a while until she was ready to leave, and he offered her a ride. He wanted to spend more time with her, so he asked if she wanted to ride around in his car for a while and listen to an Ozzy Osbourne tape, the woman told police, the documents show.

About 20 to 30 minutes later, he said he wanted to show her some property. According to the court documents, he stopped the car, began choking her and beat her in the head.

"He dragged her from the car into the woods and threw her to the ground," according to the court documents. They go on to say that he beat her and choked her again, at one point knocking her unconscious, she told police. He stripped her naked and put a knife to her throat.

Then, according to the documents, he raped her.

He ordered her to stay still, gave her a towel to clean herself up and took her to a nearby creek and helped her finish bathing, court documents said.

As they got back into the car and drove toward the Oaklawn Race Track, he said again that he had planned to kill her, the court documents show.

This time, she asked him why he didn't. She told police he said he got scared.

Bradford began apologizing repeatedly, the victim said, until he stopped the car at the track and let her out.

That's when she turned and saw his license plate as he drove off into the distance.

When Bradford was arrested in 1996, police took his DNA, which was entered into the FBI database. It remained there for years, until technology would catch up.

A Garland County Circuit Court jury found Bradford guilty of kidnapping but was not able reach a verdict on the rape charges. Arkansas corrections officials said Bradford entered prison in march 1997, facing a 12-year-sentence, and was paroled in February 2000.

Cromie asked if the FBI could see if new methods of DNA testing might help find a match for Schuett's attacker.

In July 2008, the evidence from Schuett's attack was sent for analysis, and on September 22, 2009, authorities say they received word there was a match. The FBI lab informed them that the DNA in the attacker's underwear matched Bradford's DNA profile.

Bradford was arrested Tuesday morning on his way to work in Arkansas. He appeared in court in Little Rock on Wednesday and waived extradition to Texas. Attorney Mark Jesse, who represented Bradford at the hearing, said plans were in place to fly him to Texas later in the day. Earlier, the FBI said Bradford would arrive in Texas as early as Wednesday night and no later than Friday.

Though it may have taken 19 years to find a suspect, Schuett's story came full circle this week with Bradford's arrest.

"I hope that my case will remain as a reminder to all victims of violent crime to never give up hope ... " she said. "With determination and by using your voice to speak out, you are capable of anything."

All About Sexual Offenses • Kidnapping • Federal Bureau of Investigation