Vitamin D may protect people -- especially those with asthma and other chronic lung conditions -- from colds and other respiratory tract infections, according to the largest study to date to look at the link. 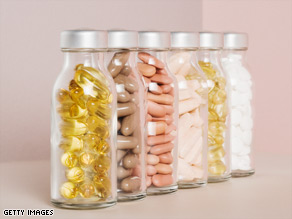 People with low blood levels of vitamin D were more likely to have had a recent cold.

Unlike other vitamins, a deficiency of vitamin D (which is known as the sunshine vitamin because sun exposure triggers production in the body) is quite common in the United States -- particularly in winter.

At least 50 percent of people in the new study, which included nearly 19,000 people 12 and older, had levels that suggested less-than-optimal protection against respiratory tract infections, according to the report in the Archives of Internal Medicine.

"People think that if they have a good, balanced diet that they will get enough vitamin D, and that's actually not true," said Dr. Michal Melamed, an assistant professor at Albert Einstein College of Medicine in New York. "Unless you eat a lot of fish and drink a lot of milk, you can't get enough vitamin D from diet."

In the study, Dr. Adit Ginde of the University of Colorado Denver School of Medicine and colleagues at Harvard Medical School and Children's Hospital Boston found that people who had low blood levels of vitamin D were more likely to report having had a recent cold than those with higher amounts. What's more, the risk of a recent cold or other respiratory infection seemed to rise as vitamin D levels dropped.

However, there are limitations to these types of studies: They often suffer from a chicken-and-egg problem. It's not clear if low levels of vitamin D boost your susceptibility to colds or if colds cause vitamin D levels to drop, possibly because people who feel sick stay inside and out of the sun. Health.com: How to call in sick without jeopardizing your job

The researchers don't think it's the latter, however, because it can take two to three weeks for vitamin D levels to change, while most colds last only three to four days. To truly answer the "Can vitamin D prevent colds?" question, Ginde suggested that researchers need to give some people the vitamin, give others a placebo, and see who's more likely to catch a cold in an average winter. Those studies are under way, he said.

That said, Melamed notes that vitamin D is garnering a lot of interest from scientists lately. "There is some other research that suggests that this is a real finding," said Melamed, who was not involved in the new study. Visit CNNhealth.com, your connection for better living

The interest in vitamin D is not limited to cold research. Recent findings (including a study by Melamed) suggest that people with higher levels of vitamin D have a survival advantage and may be less likely to die in a given time period than people their same age with lower levels of the vitamin. Health.com: 5 myths about the common cold

One reason vitamin D is so interesting is that unlike other vitamins, vitamin D acts as a hormone in the body and is known to help regulate at least a thousand genes, said Melamed. It's a cell-signaling molecule that may play a role in controlling the immune system, fighting cancer, improving cardiovascular health, and possibly regulating blood sugar. (There are vitamin D receptors in blood vessels and in the pancreas, which regulates blood sugar.)

For now, the jury is still out on vitamin D's link to respiratory infections. But it's a tantalizing link.

"People have always said you get more colds in the winter because you're indoors, you're around other people who might be sick, you get cold, and you can't fight off infections -- these are all the things you've heard," she said. "Maybe it is really just that our vitamin D levels go lower so we are more at risk for infection."

Currently the recommended intake of vitamin D is 200 to 600 International Units per day (depending on age, with 400 IU recommended for those 51 to 70 years of age), which are based on the amount needed to maintain bone health. A severe vitamin D deficiency can cause childhood rickets, a condition of weakened and abnormal bone growth.

"A lot of people feel that 400 IU is really not enough vitamin D to get to what people would call adequate levels," said Melamed. "Data suggest you need at least 800 IU a day, especially in the winter."

About 4 million people in the United States have levels that were considered low in the study, and that number may be even higher, said Melamed, given that the study used data from 1988 to 1994.

"We spend a lot less time in sun [than in the past], and when we are out in the sun we put sun block on because we're afraid of getting melanoma," she said. "We are, as a community, very vitamin D deficient."

Melamed recommended 10 to 15 minutes' daily exposure to sun (without sunscreen) to spur vitamin D production in the body.

Ginde notes that although sunscreen is recommended to prevent skin cancer, it's OK to get a little bit of sun for vitamin D purposes. Health.com: Battle aging with vitamin D

"Like everything with medicine, it's all about weighing the risks and benefits," he said. "There's probably a role for judicious, moderate amounts of sunlight exposure where you're not burning your skin but you are getting a little bit of sunlight on it."

However, the safest way is probably to take a supplement, he said. Although he does note that is it possible to take too much vitamin D, excess intake can cause kidney stones and other problems.

All About Common Cold • Vitamins and Supplements