Unhappily ever after: Why bad marriages hurt women's health

When a marriage is rocky, it can make both partners feel depressed. 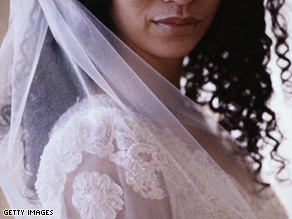 Women in bad relationships were more likely to have high blood pressure, blood sugar and depression.

But only middle-aged women -- not men -- seem to have health problems associated with marital strife, such as high blood pressure, excess belly fat, and other factors that boost risks for heart attack and diabetes, according to a study being presented Thursday at the American Psychosomatic Society meeting in Chicago.

"I think we've got to get used to the fact that a toxic relationship is toxic to your whole health," said Dr. Nieca Goldberg, a cardiologist and medical director of New York University's Women's Heart Program.

In the study, University of Utah researchers looked at 276 couples to see if depression was the real reason poor marriages have been found to be harmful to health. The couples were middle-aged or older Utah residents who were mostly married for a long time on average more than 27 years; they ranged in age from 32 to 76.

The researchers found that bad relationships were bad for health-- for women at least. Women in troubled relationships were more likely than other women to be depressed. Plus, they were more likely to have metabolic syndrome, a cluster of risk factors including elevated blood pressure, high triglycerides, low levels of HDL (good) cholesterol, abdominal obesity, and elevated blood sugar-- all basically steps on the road to heart attack or diabetes.

"For husbands, we didn't see, on its own, that negative marital stuff was related at all to metabolic syndrome. The only thing it was related to was their depressive symptoms," said Nancy Henry, a doctoral candidate in clinical psychology at the University of Utah. "For men, having a problematic marriage is still emotionally, but not physically, problematic healthwise." Health.com: 10 easy food swaps that cut cholesterol

Although the researchers didn't specifically ask the subjects about religion, many Utah residents are Mormons, who may be less likely than people in other religious groups to get divorced, said Henry.

"Because we have this really traditional value of marriages here in this state, in this area, then I think we have surveyed couples that are staying together no matter what," she said.

The researchers analyzed several aspects of the participants' relationships, looking at levels of conflict, disagreement, and hostility. They found that 27 percent of the wives and 22 percent of the husbands were unsatisfied with their marriages, said Henry, who is also a psychology intern at the Salt Lake City VA Medical Center.

The study does not imply that getting a divorce would necessarily improve a woman's health, said Henry.

"We can't really say 'Dump your spouse, and you'll be fine,'" she said. "There are a lot of other factors that go into this. Health habits over a number of years, personality factors-- [marital strife] is just a small part what might help contribute to some of these health outcomes."

Goldberg agreed. She said doctors should look at all aspects of a patient's life when trying to help them overcome health problems.

"As studies like this emerge, the medical community can no longer amputate the head from the rest of the body," said Goldberg, who was not involved in the new research.

She added that anger and hostility in a marriage can increase stress hormones, which are associated with insulin resistance, ultimately leading to higher blood sugar and greater risks of diabetes and heart disease.

"There have been studies that show that if a marriage is stressful, not a good relationship, those women have higher rates of heart attack," Goldberg said.

Other research has shown that women, in general, are more affected by relationship issues than men, said Henry. Health.com: How to keep your marriage healthy when one of you is in pain

Goldberg says there are number of things people can do if they are feeling the stress or strain of a marriage or life itself.

"The things that lead to emotional health and lower levels of heart disease are being in a supportive environment and learning how to delegate: you can't have a to-do list with 20 things on it if you can only do five," said Goldberg, who wrote "Dr. Nieca Goldberg's Complete Guide to Women's Health."

She also recommended getting exercise to reduce stress and seeking counseling, if needed. Health.com: 3 lifestyle habits that can boost your sex drive

"Talk to someone," she said.

All About Marriage • Women's Health