Best cure for stomach troubles-- which probiotics work and why

Michelle Klawiter was nine days into a course of antibiotics for a sinus infection when the gut pain hit. Bloody diarrhea quickly followed. 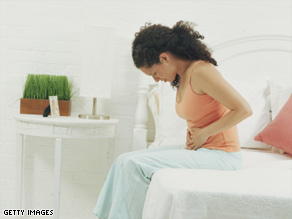 Taking antibiotics can open opportunity for pathogens to invade the body, requiring probiotics to boost health.

The 42-year-old secretary and mother of three in Chandler, Arizona, had developed a nasty intestinal infection, the kind that sometimes occurs when antibiotics kill your body's good bacteria along with the bad and lower your defenses to other invaders.

Doctors prescribed a series of increasingly potent antibiotics to try to knock out the new bad bug, Clostridium difficile (C. diff), but nothing worked. Her tummy troubles turned into antibiotic-associated colon inflammation.

And even after three months, "sometimes the pain and cramping was so bad I thought I would pass out," Klawiter said. Having lost 20 pounds and feeling unable to cope at her job in a small office with two bathrooms, she quit.

The nightmare ended only after Klawiter tried a probiotic that her gastroenterologist had read was effective against C. diff. Klawiter found the over-the-counter product, called Florastor, at her drugstore. Visit CNNhealth.com, your connection for better living

"Within a week," she recalled, "I was eating normally again."

Scientists have known for decades that probiotics can boost your health. That's why yogurt's "active cultures," or good bugs, are touted so often. And now these bugs can be found in cereal, cheese, energy bars, soup, and a wealth of other products filling up grocery and pharmacy shelves. Their labels promise everything from fewer tummy aches to faster cold and flu recovery.

But probiotics aren't all created equal, said University of Western Ontario microbiologist Gregor Reid who has studied them. The strain that helped Klawiter -- Saccharomyces cerevisiae boulardii --probably won't do a thing for eczema, and vice versa, studies show. Health.com: Probiotic-packed foods and supplements that work

In fact, Klawiter had tried eating more yogurt and popping generic probiotic supplements, including acidophilus. Still her condition worsened because she wasn't using the right kind of probiotics.

But how do you decide which one to take? Here's what you need to know.

In a healthy body, trillions of bacteria colonize the skin, mouth, intestines, and genital tract.

"They do a great job fighting off disease-causing microbes trying to gain entry," said University of Washington epidemiologist Lynne McFarland, PhD, the co-author of The Power of Probiotics. "But taking antibiotics can open up a window of opportunity for pathogens to move in."

So-called antibiotic-associated diarrhea, like Klawiter had, is a classic example, with C. diff being the most common culprit. Fortunately, three specific probiotic strains (S. cerevisiae boulardii, Lactobacillus rhamnosus GG, and Bacillus coagulans GBI-30) can reduce infection risk while you're taking antibiotics and shortly after. That's the vulnerable period. Researchers don't know exactly how these good bugs do their thing; some believe they may simply overpower the invaders.

The "get well down there" probiotic

Even when you're perfectly hygienic, intestinal bugs can stray into your vagina and urinary tract. A healthy vagina is home to bacteria that repel these microbes.

Unfortunately, antibiotics, douches, and spermicides can lower the levels of protective bacteria. Solution: Once or twice a day, take capsules of L. rhamnosus GR-1 and L. reuteri RC-14, which reach the vagina via the intestinal tract (just like the bugs they have been shown to repel).

Once there, they muscle out the problem bugs associated with bacterial vaginosis (BV), urinary infections, and even yeast. In a study of 40 women with BV, two daily capsules containing these probiotics worked better than standard treatment with prescription metronidazole gel. In another study of 100-plus women, adding these probiotics to standard metronidazole therapy more than doubled the cure rate-- from 40 to 88 percent.

The "boost your immunity" probiotic

Lab studies show that many probiotics have invigorating effects on the immune system. In theory, this should increase a person's resistance to disease. But only a few strains, like L. casei DN-114001, L. rhamnosus GG, and L. acidophilus NCFM, seem to reduce the frequency and severity of illnesses like winter colds.

In a study with 360 people over age 60, daily use of L. casei DN-114001 cut the duration of respiratory infections by a one and a half days and the severity by 20 percent. Health.com: Herbs that strengthen, energize, and beat stress

Similarly, in a study with 571 kids in day care, L. rhamnosus GG reduced both stay-at-home sick days and the number of infections serious enough to require antibiotics. And in a winter study of more than 200 preschoolers, the third strain (L. acidophilus NCFM) reduced the incidence of fever by 48 percent, cough by 42 percent, and antibiotic use by 68 percent. Researchers think similar benefits may be enjoyed by all age groups.

Some 10 million American women know the belly pain and bloating discomfort of irritable bowel syndrome (IBS). Experts don't fully understand what causes IBS, nor do they have effective meds to treat it. But some of the most encouraging news comes out of studies using the probiotic strains Bifidobacterium infantis 35624 and L. plantarum DSM9843.

Scientists link a modern epidemic of allergic conditions with the relative lack of bacteria in our sanitized lives. And some research shows that certain probiotics raise levels of allergy-calming chemicals in the blood.

But probiotics don't appear to be all that helpful with one exception: eczema, an allergic skin condition. Daily doses of L. rhamnosus HN001 or L. rhamnosus GG mixed into breast milk or formula substantially reduced the risk that children would develop eczema (but not other allergic conditions such as hay fever, asthma, or food allergies).

So you're off to Mexico for spring break and dreading Montezuma's Revenge? Understandable. Up to 50 percent of international travelers develop diarrhea caused by parasites and infectious bacteria in unsanitary water, which are common in less-developed countries.

But don't despair. Studies show that the S. cerevisiae boulardii strain reduces the risk of developing traveler's diarrhea (if you start taking it a week before you go) and can help cure established infections.

If certain gut bacteria promote good health, it makes sense to eat a diet rich in the nutrients that make those microbes happy. That's the concept behind prebiotics, which include several kinds of soluble plant fiber that are abundant in foods like onions, garlic, and leeks.

Prebiotics appear to promote the growth of good bugs that fight gut invaders like salmonella, and supplements are even showing up on store shelves. Should you take them? Maybe someday.

Most researchers don't think the studies on prebiotics are persuasive enough not yet, anyway. While studies continue, stick with the pros.