To drink or not to drink: Should you raise a glass to your health?

(CNN) -- Moderate drinking can be good for your heart. But for women, drinking alcohol raises the risks of breast cancer. 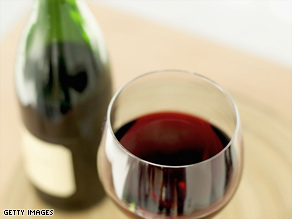 Studies show light drinkers are healthier than those who abstain. But they also have higher rates of liver disease.

The body of alcohol research can be baffling, with one finding contradicted by the next.

Researchers say there is no one-size-fits-all approach to determining whether alcohol is more likely to help or hurt a person's health. That depends on the individual's health, his or her family history and other risk factors. Here are some expert insights that could help sort through the studies on alcohol.

Should I drink for heart health?

For years, red wine has enjoyed a reputation of staving off heart disease, which is the leading cause of death in the United States.

A Danish study in 2000 found red wine drinkers had half the risk of dying from heart disease as nondrinkers. Some studies showed that moderate drinking led to increases in HDL, or high-density lipoprotein, known as "good" cholesterol, that protect against heart attacks.

"One drink a day for women and no more than two for men is thought to be good for coronary heart disease," said Dr. Samir Zakhari, director of the division of metabolism and health effects at the National Institute on Alcohol Abuse and Alcoholism. The limit for men is higher because they generally weigh more and have more of the enzyme that metabolizes alcohol.

While an older person who has a history of coronary heart disease and smoking might benefit from moderate amounts of alcohol, a younger person may not benefit as much, said Zakhari.

"Not everyone gets the heart benefits from moderate drinking," said Zakhari, who, not surprisingly, warned against relying on alcohol as a means to protect the heart.

"If they want to abandon the exercise, good diet and lifestyle, just to be a couch potato and say, 'I will have a glass of wine instead of exercising,' just to improve my health, this is not good. A healthy lifestyle is important," he said.

"This is not a recommended preventative strategy," said Mosca, a past chair of the American Heart Association Council on Epidemiology and Prevention. "There's a lot of consequences of drinking alcohol that's negative."

"The problem of the data on alcohol and the heart is that it's observational," Mosca said. "You can't do clinical trials. Our data is limited and you can't draw definitive, causative links. People who drink and people who drink wine have different habits than those who do not. Those factor, may account for the protective effect."

Is wine better than beer or liquor?

Much of the commotion about red wine has centered on resveratrol, a compound found in the skin and seeds of grapes, and flavonoids, which are antioxidants believed to reduce LDL, low-density lipoprotein, or "bad" cholesterol.

Flavonoids can help with heart disease, but a person would need to drink a lot to get some benefit, Zakhari said.

"The health benefits are the same for beer, wine, hard liquor, because it is due to alcohol itself," he said.

The more important consideration is the drinker's lifestyle, rather than the drink, whether it's a glass of merlot, a pint of beer or a martini.

Wine drinkers tend to lead healthier lifestyles, exercise more, smoke less and are also better educated -- compared with beer and liquor drinkers. So it might be the drinkers who are healthier, not the effects of the nutrients in wine, Klatsky said.

Does drinking increase the risk of breast cancer?

Virtually all of the studies show that heavier drinking, meaning two or more drinks per day, is associated with higher breast cancer risk.

"There have not been studies that suggest drinking is beneficial for breast cancer," Klatsky said.

In 2007, researchers at Kaiser Permanente found that one to two drinks of alcohol a day increased a woman's risk of breast cancer by 10 percent. Those who drank three or more drinks a day tripled their risk to 30 percent, according to the study of 70,000 women.

"Alcohol may be associated with an increase in the risk of breast cancer in the population overall," but "the relative effect of moderate consumption is small," according to the NIAAA Report on Moderate Drinking, which examined numerous alcohol and health studies.

Will drinking cause early aging and memory problems?

Heavy alcohol consumption can lead to forgetfulness of recent events, structural brain damage, destroyed tissues in the nervous system and increased risk of dementia, according to published studies.

"We were always taught alcohol is bad, bad, bad for the brain when you look at extreme cases," said Dr. Ron Petersen, director of the Mayo Clinic Alzheimer's Disease Research Center. "When you look at moderate, mild cases [of drinking], it's less obvious."

Some epidemiological studies suggest that low to moderate drinking decreases the risk of vascular dementia, cognitive problems that develop because of clogged blood vessels to the brain.

"I think there's more preponderance of data that mild to moderate alcohol intake might be protective," said Petersen. "It's probably more beneficial in mild quantities."

Studies on alcohol's effects on Alzheimer's disease are inconclusive, according to the NIAAA, which is part of the National Institutes of Health.

So is drinking good for my health?

People who are pregnant, breastfeeding, taking medication, driving or operating heavy machinery should not drink, said Zakhari, an author of the NIAAA report on moderate drinking.

Drinking alcohol isn't a magic bullet and there are better ways to improve health.

There's no advice on drinking that applies to society as a whole, except that heavy drinking is harmful, said Klatsky.

A young woman who has a mother or sister with breast cancer needs to weigh her risks. Meanwhile, a middle-aged man who doesn't have liver problems, but worries about his heart might be better off with drinking. Each person should take into account his or her personal and family medical history, and consult with the doctor, experts said.

"Most people don't drink for health," Klatsky said. "The advice needs to be individualized."