LONDON, England (CNN) -- The office of the wife of former British prime minister Tony Blair refused to comment Thursday on UK media reports that she has swine flu. 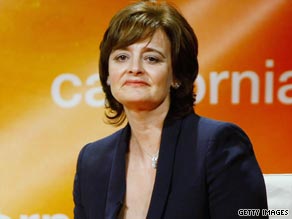 A spokeswoman for Cherie Blair told CNN: "This is a private matter and we will not be making a comment."

Blair was reported to have contracted the H1N1 virus, commonly known as swine flu, on Tuesday, according to the British Press Association and various media reports.

PA reported that she has been given a course of the anti-viral drug Tamiflu, and told to rest.

Tony Blair and the couple's four children have not shown any signs of being infected, PA added.

Cherie Blair, who is a human rights lawyer, had been due to pick up an honorary degree at the Liverpool Hope University in north-west England Thursday.

With 29 deaths and a dramatic increase in the number of cases, Britain has the worst swine flu figures in Europe.

Official figures released Thursday by the UK's Department of Health have revealed that swine flu will cause one in eight workers to stay off work in September, potentially crippling many businesses still struggling in the wake of the recession.

General health practitioners in Britain have also reported a 50 percent increase in the number of people complaining from flu like symptoms.

Doctors say they have also seen a significant rise in the number of children reported to be affected.