(CNN) -- Divorce causes more than bitterness and broken hearts. The trauma of a split can leave long-lasting effects on mental and physical health that remarriage might not repair, according to research released this week. 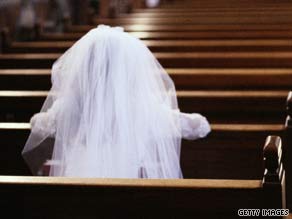 Research shows health differences between people who are married and those who have gone through a divorce.

"People who lose a marriage take such damage to their health," said Linda Waite, a sociologist at the University of Chicago in Illinois.

Waite and co-author Mary Elizabeth Hughes, of Johns Hopkins Bloomberg School of Public Health, found that divorced or widowed people have 20 percent more chronic health conditions such as heart disease, diabetes or cancer than married people. They also have 23 percent more mobility limitations, such as trouble climbing stairs or walking a block.

Their article, published in the Journal of Health and Social Behavior, examined the marital history and health indicators for 8,652 middle-aged people in research funded by the National Institute on Aging. The authors found differences between the overall health of those who remain married and those who divorce.

Almost half of all U.S. marriages end in divorce, according to the National Institutes of Health.

"Losing a marriage or becoming widowed or divorced is extremely stressful," Waite said. "It's financially, sometimes, ruinous. It's socially extremely difficult. What's interesting is if people have done this and remarried, we still see, in their health, the scars or marks -- the damage that was done by this event.

Divorced people "have more chronic conditions, more mobility limitations, rate their health as poorer than people like them in age, race, gender, education who've been married once and are still married," Waite said.

"Married men have better health habits," she said in comparison to single males. "They lead a cleaner, healthier life, and less times in bars and eat better. Women tend to manage men's interactions with the medical system, get him in for colonoscopy and make sure they get flu shot."

Mark Hayward, director of the Population Research Center and a professor of sociology Fellow at the University of Texas at Austin, said spouses check up on each other's needs. They remind each other about when to go see a doctor, a dentist or when to get a medical issue checked out.

"You're making decisions together about your lifestyle and investing in a future together," said Hayward, who was not involved in the latest research. But in a similar study, he found that divorce has a lasting impact on cardiovascular diseases, even after remarriage. His 2006 study, funded by the National Institute on Aging, found that divorced middle-aged women were 60 percent more likely to have cardiovascular disease than middle-aged women who remain married.

"There's no erasure of the effects of divorce," Hayward said. "There is intense stress leading up to divorce, stresses during divorce proceedings. Think of divorce as one of the most intense stressors. It leads to what we call dysregulation [impairment] in key cardiovascular process that may be permanently altered. You're not going back to your original set point."

Both genders suffer irreversible, detrimental effects on their health after losing marriage through a divorce or death of a spouse, according to the findings.

Those who did not remarry after a divorce or a spouse's death showed deficits in mental and physical health. Waite called this the "double whammy" because they don't get the protective effects of marriage and have gone through a "damaging, health-destroying experience."

They had worse health indicators than people who never married and therefore "didn't get the goods and didn't get the bads," Waite said.

People who remarried had better health than those who did not.

"If you loved and lost, did you find love again?" Waite said. "The people who did are doing better." But this group overall showed health deficits compared to those who remained married.

All About Marriage • Divorce • Mental Health