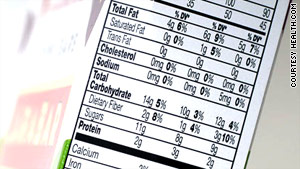 (Health.com) -- Like most people, you probably think of cholesterol -- if you think of it at all -- and picture fatty foods and heart trouble.

Yes, elevated blood cholesterol is bad news, and 34 million Americans have levels that can increase their risk of all sorts of health problems, including a heart attack.

But if you think you've heard everything you need to know about this waxy fat, there may be a few surprises in store.

High cholesterol inevitable for some

If you have sky-high cholesterol, it may be partly genetic. But for some families, it's inevitable that LDL, or bad cholesterol, will be in the unhealthy zone. The disease, known as familial hypercholesterolemia, affects about 1 in 500 people and can cause total cholesterol levels from 300 mg/dL to 600 mg/dL, as well as heart attacks early in life.

Some people with familial hypercholesterolemia inherit two defective genes (one from each parent)­, a much rarer condition that affects 1 in 1 million people; they can have total cholesterol over 1000 mg/dL. Such high cholesterol can cause early death, often before age 20.

Even if you can't see xanthomas on the skin, high cholesterol can still build up in the body.

LDL slowly builds up in artery walls, causing a thick plaque that can narrow arteries, restrict blood flow, and lead to blood clots.

Arteries thicken, become more rigid, and start to take on the yellow color of cholesterol. If you were able to take a look at the inside of cholesterol-clogged arteries, they would look as if they were lined with a thick layer of frozen butter!

You can see high cholesterol

Normally, you only know you have high cholesterol levels if a doctor tells you so. But it is possible for high cholesterol to be as plain as the nose on your face, showing up on the skin as reddish-yellowish bumps known as xanthomas.

The patches vary in size and can be found all over the body, including on the joints, hands, and eyelids (though not all eyelid xanthomas are caused by high cholesterol). They tend to occur in older people and in those with diabetes or other health problems.

Xanthomas are also more likely to be seen in people with familial hypercholesterolemia, who can even have them in infancy.

Health.com: Myths about your cholesterol number

Cholesterol can be too low

Everyone knows that high cholesterol is bad, but very low cholesterol can be unhealthy too.

Experts recommend that you keep your total cholesterol under 200 mg/dL, which is about the average for adults. However, below a certain level -- generally 160 mg/dL -- low cholesterol is associated with health risks, including cancer. Do the health problems cause low cholesterol, or vice versa? Are they even unrelated? It's not clear.

Our cholesterol is dropping

Finally some good news! While you may assume that cholesterol levels have blossomed along with the obesity epidemic, cholesterol has in fact dropped.

Elevated cholesterol, which was unrecognized as a serious health problem 50 years ago, is dropping mainly because of more awareness of its dangers, which has resulted in healthier diets, more cholesterol screening, and the widespread use of statin medications.

Health.com: Are you cholesterol smart? Take our quiz

But a recent study in the Journal of Lipid Research suggests that exercise may affect cholesterol differently, depending on the patient's race and gender.

Among the study participants, who were followed over nine years, physical activity equivalent to an extra hour of mild exercise or half hour of moderate exercise per week was associated with an increase in high-density lipoprotein (HDL), or good cholesterol, in each of the groups the researchers studied.

Watch out for cholesterol-free food. Cholesterol is made by the liver of animals, and it will only be found in animal-based foods, such as meat, milk, and eggs. Certain products can honestly state that they have little or no cholesterol -- however, that doesn't mean they are good for your cholesterol levels.

Many fried foods and commercial baked goods contain cholesterol-raising trans fats, most commonly in the form of partially hydrogenated vegetable oils. Trans fats, along with saturated fats, are the main culprits of high cholesterol from food, but they won't be listed as cholesterol on packaging.

Read ingredient lists and nutrition labels carefully, looking at fat content as well as the cholesterol content, before deeming a purchase a healthy choice.

High cholesterol may cause erectile dysfunction

Sure, it's bad for your heart. But high cholesterol can cause a host of other health problems.

A 2005 Swedish study found that men with total cholesterol of about 270 mg/dL and above were 4.5 times more likely to develop testicular cancer than men with cholesterol levels of 220 or below (though the authors cautioned that the link between the two conditions was probably complicated by other factors).

What's more, high cholesterol has been linked to a greater risk of erectile dysfunction, kidney failure, and even Alzheimer's disease.

And a 2009 study found that diets high in dietary cholesterol are associated with an increased risk of developing liver cirrhosis or liver cancer.