Overly eager White House is guilty of too much information 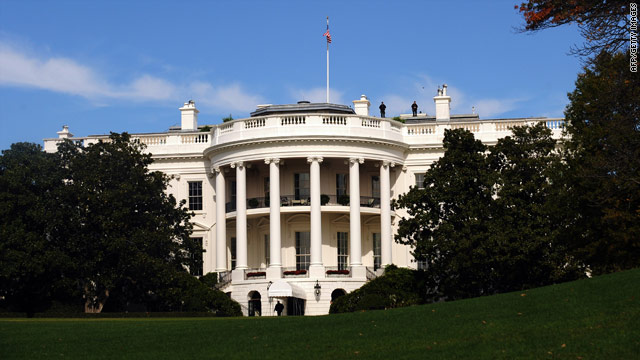 Editor's note: David Frum, resident fellow at the American Enterprise Institute, was a special assistant to President George W. Bush in 2001-2002. He is the author of six books, including "Comeback: Conservatism That Can Win Again," and the editor of NewMajority.com.

(CNN) -- "Transparency like you've never seen it before," the White House calls it.

Why don't they just install a 24-hour webcam in the Oval Office and be done with it?

I worked in the White House in 2001-2002. After the 9/11 attacks, regulations governing visits to the executive complex were tightened. The new rules made it so difficult to book meetings in one's own office that many White House aides just gave up. Instead, they walked across the street to the Pennsylvania Avenue Starbucks. With a little luck in his timing, a suicide bomber could have knocked out a swath of the National Security Council staff for the price of a caffe latte.

Rules to enhance security only detracted from security. These disclosure rules will backfire in the same way. The new visitor disclosure rules won't stop White House aides from meeting in secret with controversial people. Secret meetings will continue. They will just continue outside the White House complex.

What the disclosure rules will do, however, is force White House staffers to waste a lot of time on useless meetings summoned for the sole purpose of generating a public record.

Imagine the administration has OK'd new rules on grazing cattle on federal land. Ranchers lined up on one side, environmentalists on the other. The ranchers won, as they usually do.

You belong to the White House communications team charged with explaining the decision. You want to book a meeting with the ranchers' association to collect some heartwarming anecdotes from them: how the pro-rancher decision saved a family farm owned by a disabled Iraq War veteran, that kind of thing.

You realize, however, that the visit with the ranchers association will show up in the published logs. The visit will expose the administration to accusations of listening only to one side. The accusations will be unfounded: The environmentalists got their hearing weeks or months ago, on Capitol Hill and at the Interior Department, where the decisions were really made. But accusations do not have to be accurate to harm the president.

Just to be on the safe side, you book a meeting with the environmentalists, too. The meeting is a total waste of time. You could not alter the decision even if you wanted to. But you go through the motions all the same -- and there's 45 minutes or an hour sliced out of the day.

And the same the next day. And the day after that ...

The TV show "The West Wing" gives a false impression of what government work is like. In reality, the U.S. government -- and the White House that supposedly runs that government - is almost paralyzed by its own rules and procedures most of the time.

"The White House...is almost paralyzed by its own rules and procedures."
--David Frum
RELATED TOPICS

For his first three months in office, Treasury Secretary Timothy Geithner had to operate a "home alone" department as he waited for his key lieutenants to make it through the elaborate vetting process. That was no kind of non-speed record: Bush Defense Secretary Donald Rumsfeld was "home alone" with top deputy Paul Wolfowitz for more than six months in 2001.

Some of the rules that encumber governance are valid. It's important to check that officials do not use government power to favor their own financial interests. But many, and probably most, rules persist as fossilized remains of now-forgotten controversies.

In the 1950s, people worried that government officials who traveled abroad might have been suborned by communist agents. And so today, we still require White House staffers to disclose every foreign trip they have taken over the past 15 years, including the date of departure and the date of return.

Cheney refused. Democrats took Cheney to court. Cheney won. You might think that would have settled the matter.

You might even think that Democrats, having regained the presidency, would appreciate the wisdom of the Supreme Court's admonition to "afford Presidential confidentiality the greatest protection consistent with the fair administration of justice." But no -- they are still annoyed at Cheney.

Having lost in court, they are now changing the rules to score a retrospective point. Of course, the loser in this point-scoring won't be Cheney. He's retired. It will be the administration that inflicted this stupid policy on itself out of vindictive pique -- and those future administrations that discover they cannot escape a bad precedent instituted for bad reasons.