WASHINGTON (CNN) -- Nine scientists at the Food and Drug Administration have written a letter to President-elect Barack Obama and his transition team, alleging gross mismanagement at the agency that has "placed the American public at risk." 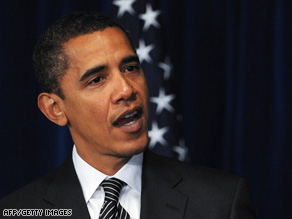 The agency is "fundamentally broken" and "failing to fulfill its mission," according to a copy of the six-page letter obtained by CNN.

The scientists work in the FDA's Center for Devices and Radiological Health, which regulates items ranging from rubber gloves and contact lenses to heart stents and mammogram machines.

The scientists claim that "the scientific review process for medical devices at FDA has been corrupted and distorted by current FDA managers, thereby placing the American people at risk."

Watch the FDA come under fire »

"Currently, there is an atmosphere at FDA in which the honest employee fears the dishonest employee, and not the other way around," the letter said. "Disturbingly, the atmosphere does not yet exist at FDA where honest employees committed to integrity and the FDA mission can act without fear of reprisal."

• Scientists and doctors have been threatened and told, on occasion, to ignore FDA regulations.

• Devices have not been properly labeled.

• Managers without appropriate experience have been given authority to make final decisions about device regulation and have done so while ignoring serious safety and effectiveness concerns.

• FDA experts have been excluded from product meetings because manufacturers felt that they were "biased."

• Manufacturers have been allowed to market their products without FDA approval.

An internal investigation of the charges, the scientists said, has resulted "in absolutely nothing: No one was held accountable, no appropriate or effective actions have been taken, and the same managers who engaged in the wrongdoing remain in place and have been rewarded and promoted."

In a statement, the Food and Drug Administration told CNN, "We have been working very closely with members of the transition team and any concerns or questions they have on any issue, we will address directly with the team. Separately, the agency is actively engaged in a process to explore the staff members' concerns and take appropriate action."

Congress is also looking into the allegations.

All About Barack Obama • Food and Drug Administration