Commentary: Americans are not cowards on race

Editor's note: Tara Wall is deputy editor for The Washington Times. Before joining the newspaper, she was a senior adviser for the Republican National Committee and was named a public affairs director in the Department of Health and Human Services by President George W. Bush. Read her columns here. 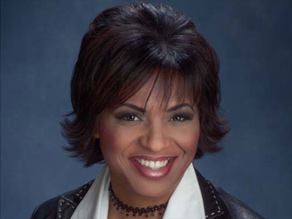 The coward comment comes from none other than President Obama's newly minted attorney general, Eric Holder.

The remarks were part of a speech Holder delivered for Black History Month. Yet, even in that context, the words came across as arrogant, condescending and not at all becoming a statesman.

One dictionary definition of coward is "lacking courage." Stinging words for a country at war, where white and black soldiers are shedding the same color blood. Are they cowards?

Ironic too that Holder's remarks come at a time when the nation has just elected its first black president and witnessed the confirmation of its first black attorney general (Holder himself). Forget that more whites than blacks cast their ballots for a black man to lead the nation. So this is how Holder says thanks?

Did the attorney general not think about the weight his words would carry? Was he simply trying to be provocative? Is this his way of bringing the races together? Does his position or his color give him the bravado to think that he can get away with calling us cowards?

Imagine for a moment if John McCain or George W. Bush uttered those words. The criticism would have known no bounds. i-Report.com: Share your thoughts on Holder's comments

Watch an encore of the CNN documentary that provoked dialogue across the nation.
Wednesday & Thursday, 8 p.m. ET

You'll recall, it was just a few months back that a media frenzy erupted when former Sen. Phil Gramm called national leaders (not the nation) a bunch of "whiners." Media pundits and broadcasters blasted Gramm for weeks, until he was forced off McCain's campaign.

Gramm's words, while true, were mild in comparison to Holder's. Where is that same outrage and moral condemnation over Holder's loose lips? It's a rhetorical question, of course.

And as much as we are constantly reminded of the past "mistakes" this country has made, is there nothing worth celebrating, no times when racial harmony brought racial reconciliation? Little of that made it to Holder's speech. Instead, he chose the celebratory occasion to exact punishment by way of guilt.

It makes one wonder, why does every race speech by those on the left have to begin (and end) with repudiation and insult? Why must there be a constant reminder of what went wrong without giving due recognition to what went right?

I will acknowledge that the country can always do better when it comes to race, but as much as Republicans are accused of refusing to admit racism exists, assuredly Democrats exploit it for every inch of territory they can garner. They point fingers, threaten and name-call without offering real solutions or substantive conversation.

One regular reader of The Washington Times, a Democrat, forwarded me a letter he sent to Holder, telling the attorney general how much he "applauds" his remarks but saying he had one request: "I would like to recommend that your office take the lead in ensuring the appointment of at least one African-American on every committee and task force that is created by the President of the United States and current cabinet Secretary's."

How's that for affirmative action on demand? More like affirmative extortion. The writer also stated in closing: "Let us (by "us," he means black folks) take advantage of every opportunity that is before us." I was particularly struck by the words "take advantage." It is a line of thinking and supposed reasoning to justify black Americans getting what's "due."

This was just one person's opinion, but it reflects a sentiment shared by many liberals. It also reveals a get-it-all-while-you-can mentality that has nothing to do with parity, equality or justice but rather with guilt trips, paybacks and quotas. This is not how the "case for race" should be made.

To be fair, there are some points Holder made with which I do agree (at least in part). "We, average Americans, simply do not talk enough with each other about race," Holder stated. It is a challenge for each of us, black, white, Hispanic, Asian, to go outside our comfort zone and reach out to someone "different" from ourselves (though I've done it my whole life).

It is an observation that, while true, shouldn't just apply to white people. It applies to black folks, too. Yet that's where the discussion of race loses traction among liberals. Holder doesn't really want to "talk" about race, because that would entail not only encouraging blacks to reach out, but it would mean addressing black racism -- which we've seen in the likes of one Rev. Jeremiah Wright -- in addition to white racism (and all racism).

Yes, we are sometimes too "socially segregated," as Holder put it, but cowards we are not. And mere rhetoric and rancor does nothing to elevate the discussion.

"We renew our commitment to securing liberty and justice for every American," Bush said, focusing on the present instead of the past: "We honor four Americans who ... are leading the way toward ending racial injustice across our land."

Rhetoric aside, what was lacking from Holder's remarks was a way forward. Instead of "hope," Holder offered more hate veiled in subtle anger.

Last year, Obama gave a famous speech on race, addressing the controversy about the remarks of his former pastor, Wright, and urging people not to wallow in resentment:

Obama said, "The profound mistake of Rev. Wright's sermons is not that he spoke about racism in our society. It's that he spoke as if our society was static, as if no progress had been made, as if this country -- a country that has made it possible for one of his own members to run for the highest office in the land and build a coalition of white and black, Latino and Asian, rich and poor, young and old -- is still irrevocably bound to a tragic past."

Obama's speech sums it all up. Holder's is a contradiction.

The opinions expressed in this commentary are solely those of Tara Wall.