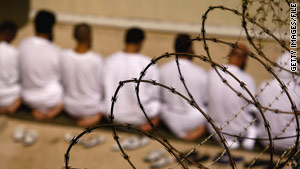 Washington (CNN) -- The official in charge of closing the Guantanamo Bay, Cuba, detention center has resigned, the Pentagon said Wednesday.

The Obama administration has vowed to close the Guantanamo facility, but acknowledges it is unlikely to happen by its self-imposed deadline of January 22.

About 215 men are held there. They include alleged 9/11 mastermind Khalid Sheikh Mohammed, who, officials said on November 13, will be transferred to New York to go on trial in civilian court.

His title was deputy assistant secretary of defense for detainee policy.