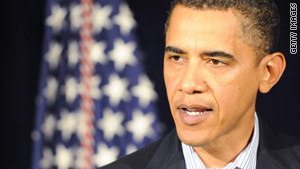 Honolulu, Hawaii (CNN) -- In a marked shift from previous positions, senior Obama administration officials now say they are starting to see an al Qaeda connection to the attempted terror attack on a U.S.-bound airliner.

In the days after the failed attempt on Christmas Day, administration officials steadfastly shied away from linking the incident to the terror group and, in some cases, said there was no evidence of such a connection.

But one senior administration officials said late Tuesday that "some of the new information that we developed overnight does suggest that there was some linkage there" with al Qaeda.

The senior administration official was referring to intelligence that White House officials obtained late Monday night and then briefed President Obama about on Tuesday in a secure conference call.

Without being more specific, the senior administration official said there were "bits and pieces of information in the hands of the American government" relevant to the suspect.

The official said had that info "been assessed and correlated" it could have helped "disrupt the attack" earlier in the process.

Pressed on CNN reports that the suspect's father had gone to the U.S. Embassy in Nigeria to warn the U.S. government about his son's ties to extremists, and perhaps that information had not been shared throughout the government, senior administration officials refused to confirm or deny it.

Full coverage of Terror on Flight 253

The senior officials added that in the spirit of candor and transparency the president decided to unexpectedly come out a second time on Tuesday to address the American people in order to share some of this new information with them.

Umar Farouk AbdulMutallab, a 23-year-old Nigerian man, is accused of attempting to detonate an explosive on an Northwest Airlines international flight as it was approaching Detroit, Michigan, on Christmas Day.