(CNN) -- A paramedic accused of plotting to extort $25 million from actor John Travolta after his 16-year-old son died in the Bahamas told a jury Wednesday the boy had been dead for some time before the ambulance service was called. 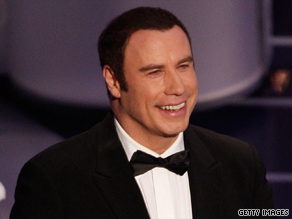 John Travolta's 16-year-old son, Jett, died in the Bahamas in January after having a seizure.

Tarino Lightbourn said in his statement to the Nassau, Bahamas, jury that a doctor told medics to keep administering cardiopulmonary resuscitation on Jett Travolta despite knowing the teen was dead, and that the ambulance company was told to transport him to the hospital -- something not usually done if a person was already dead.

Lightbourn and former Bahamian Sen. Pleasant Bridgewater are on trial on charges they attempted to extort money from Travolta after his son's January 2 death from a seizure.

In Bahamian courts, defendants are allowed to make a statement without being placed under oath and will not face cross-examination.

Earlier in the trial, Travolta testified that his son was found unresponsive by a nanny at the home on the island of Grand Bahama, where the family was spending the New Year's holiday.

Lightbourn said Jett Travolta's veins had collapsed and his body was stiff as he lay on the bathroom floor. Someone in the room suggested that those present would receive a lot of money if they stayed quiet, he said, adding he thought this was part of a cover-up. Lightbourn did not say to whom he was referring.

Travolta testified he initially told the ambulance driver to rush them to an airport where his private jet was parked and where Travolta, who is a pilot, planned to fly his son to a West Palm Beach, Florida, hospital instead of driving him to one in nearby Freeport.

The paramedic, however, asked Travolta to sign a statement releasing the ambulance company from liability.

"I received a liability of release document. I signed it. I did not read it. Time was of the essence," Travolta testified earlier in the trial. While he and his wife were riding in the ambulance with their son, they decided to divert to the hospital. At the hospital, the actor was told his son "wasn't alive," he said.

In her statement, Bridgewater said she advised Lightbourn not to sell the document because she was trying to protect the Travoltas and the Bahamas. She said she was concerned Travolta would tell his friends not to travel to the Bahamas because of the lack of privacy.

Lightbourn said Wednesday that he asked attorney Bridgewater to assist him in negotiations with Travolta's attorneys.

Travolta earlier testified he learned of a demand for $25 million, or "stories connected to that document would be sold to the press ... The stories would imply the death of my son was intentional and I was culpable somehow."

Travolta attorney Michael McDermott testified that he assisted police in a sting by secretly recording meeting with the defendants in a Nassau hotel room. Bahamian police had placed wireless microphones on McDermott and hidden two cameras in his room, McDermott said.

On Wednesday, Travolta attorney Michael Ossi told CNN he could not comment on specifics in the case. "The statements made today are not evidence, but what has already been placed into evidence speaks for itself," he said.

The trial is expected to wrap up early next week when the jury will begin its deliberations. Travolta and his wife, actress Kelly Preston, are not expected back in court.

Journalist Arthia Nixon in Nassau, Bahamas, contributed to this report.