LOS ANGELES, California (CNN) -- Natalie Cole's search for a new kidney ended this week when someone with a compatible organ died and their family asked that it be given to the singer, according to the organ procurement group that handled the donation. 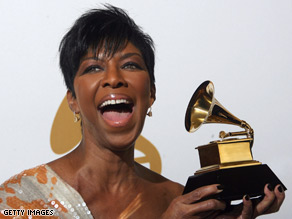 Cole had been on what she called "a very long list" of people waiting for an organ donation when she got word recently that OneLegacy, an organ procurement agency in Southern California, had a kidney that was a biological match.

It was a "directed donation" from a deceased organ donor, according to OneLegacy CEO Tom Mone.

"Having heard of Ms. Cole's need for a kidney, the family asked that one of their loved one's kidneys be transplanted to Ms. Cole if they were a match," Mone said.

Directed organ donations are rare, and rarer still are those directed to someone not related to or known personally by the deceased, he said.

The donor will remain anonymous until the family gives permission for the name to be made public, he said.

Cole's need for a kidney donation was highly publicized, including with an appearance on CNN's "Larry King Live" on March 31.

"I'm on a very long list, which is why we are looking to donors," said Cole, the daughter of legendary crooner Nat King Cole.

Cole said her kidney troubles date to February 2008 when she was diagnosed with Hepatitis C. Cole said she attributes the Hepatitis C to her well-publicized struggles to stop using cocaine and heroin. Cole said she has been sober for some time now after two stints in a rehabilitation clinic.

Cole said she underwent chemotherapy in an aggressive way to fight the virus. Within four months of getting chemotherapy, both of Cole's kidneys failed.

"I couldn't breathe. I -- I went into -- literally, my kidneys stopped functioning. They stopped, you know, processing the fluid that was starting to build up in my body."

Since then Cole has been on dialysis three days a week and has been searching for a kidney, she told King in one of the first public interviews about the issue.

Cole won six Grammys for her 1991 critically acclaimed album "Unforgettable: With Love," a jazzy tribute to her father. She won a Grammy this year for her new album "Still Unforgettable" and another Grammy for her work on another album.

Cole was still able to tour this year even with her kidney ailment. She canceled a planned show last week in South Korea because of her illness, which meant she was in Los Angeles when the organ became available.

"I have been on dialysis in Istanbul, Milan, Indonesia, Manila, London. It's -- it's amazing," Cole said.

During King's show, dozens of people sent e-mails to CNN telling Cole that they would get tested to see if their kidney could be donated.

King handed a thick stack of paper to Cole.

"These are all e-mails from dozens -- dozens of people offering to be tested to see if they can match, who want to give you a kidney," King said.

Cole stared at the papers for a moment.

"There are some great human beings out there. That's all I can say," Cole said.

Cole is expected to return to the tour after three to four months of recovery.