Lambert: I'm a performer, not a baby sitter 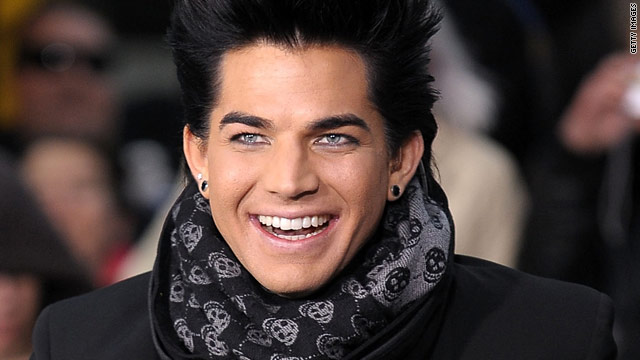 Adam Lambert performed without the raunch on "The Early Show" on Wednesday morning.
STORY HIGHLIGHTS

(CNN) -- Adam Lambert cleaned up his act for his CBS "Early Show" appearance Wednesday morning, giving a performance no one could take offense with.

Lambert said on the show that he believes he has been unfairly attacked because he is a gay man, and he blamed parents upset with his performance for letting their kids watch the American Music Awards without supervision.

"It's a double whammy -- I think it's because I'm a gay male, and I think people haven't seen it before," Lambert said about the negative response that has erupted over his Sunday night AMA performance.

ABC has received more than 1,500 complaints from viewers upset about Lambert's raunchy dance sequence at the AMAs to his single "For Your Entertainment," in which he simulated oral sex with one of the dancers and kissed a male keyboardist on the mouth. The network's morning show, "Good Morning America," canceled Lambert's scheduled appearance Wednesday because, it said, it couldn't trust what he would do.

Video: Lambert: 'I had fun'

"The Early Show" on CBS offered to give Lambert a platform to speak and sing after ABC's cancellation.

"The Early Show," which has typically been third in morning ratings behind "Good Morning America" and the "Today Show," made the most of the opportunity and allowed Lambert to dominate the morning programming as he took questions from fans, chatted with host Maggie Rodriguez and performed two of the songs from his new album, avoiding any untoward dance moves.

The former "American Idol" finalist admitted that he did "get carried away" during the AMA performance, but said that his dance moves came from an "impromptu place" and that they were not planned in advance.

"I do see how people got offended, and that was not my intention. My intention was to interpret the lyrics of my song and have a good time with it," Lambert said.

Asked what he would have done differently if he had the chance, Lambert said, "I would sing it a little bit better."

This week, the media watchdog The Parents Television Council attacked Lambert's AMA performance as vulgar and urged upset viewers to complain to the network, producers and the show's advertisers.

Lambert said on "The Early Show" that it wasn't his responsibility to worry about what kids were watching at home. "I'm not a baby sitter. I'm a performer," he said. "It didn't cross my mind, children. It was almost 11 o'clock. It was a nighttime show. I was there in an audience full of mostly adults."

Lambert pointed out that other performers at the awards show indulged in some not-so-child-friendly behavior as well.

"Lady Gaga smashing whiskey bottles, Janet Jackson grabbing a male dancer's crotch, Eminem talking about how Slim Shady has 17 rapes under his belt -- there was a lot of very adult material on the AMAs this year, and I know I wasn't the only one," Lambert said.

Lambert was joined on the show by his mother, Leila, who said she was "a little taken aback" by his AMAs song.

"But I just went with the flow, and it's all good," she said.

Before performing his songs "What Do You Want From Me" and "Music Again," Lambert assured the "Early Show" crew and the audience that his performance would be a chaste one.

"Parents, this is appropriate, I promise," Lambert said with a sly smile.