(CNN) -- An autopsy report issued Friday by Hillsborough County, Florida, cites cocaine as a contributing factor in the death of TV pitchman Billy Mays, who died in June at age 50. 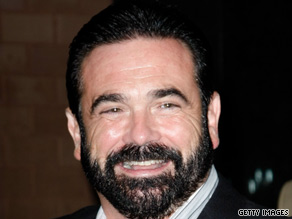 "Mays died from a lethal arrhythmia of the heart caused by hypertensive and arteriosclerotic heart disease," the county said in a statement attributed to Dr. Leszek Chrostowski, the associate medical examiner who conducted the autopsy.

"He further concluded that cocaine use caused or contributed to the development of his heart disease, and therefore contributed to his death," it added.

The fact that toxicology tests detected only breakdown products of cocaine, not the drug itself, led Chrostowski to conclude that Mays had used cocaine "in the few days prior to death but not immediately prior to death."

Cocaine is a stimulant that can raise blood pressure and thicken the wall of the left ventricle of the heart, one of the organ's four main pumping chambers.

The autopsy also found low concentrations of ethyl alcohol "consistent with social consumption of a few beverages" as well as the narcotic drugs hydrocodone, oxycodone and tramadol. Mays had prescriptions for the drugs -- which were found in therapeutic or subtherapeutic concentrations -- to ease hip pain.

In addition, the tests found evidence of two tranquilizers -- alprazolam (Xanax) and diazepam (Valium) -- which are commonly prescribed for a variety of ailments, including anxiety and insomnia. Both drugs were determined to be in therapeutic or subtherapeutic concentrations.

Mays was found dead at his home near Tampa on June 28.

Mays, with his booming voice, was famous for fronting products such as OxiClean and Orange Glo in TV commercials.

All About Billy Mays