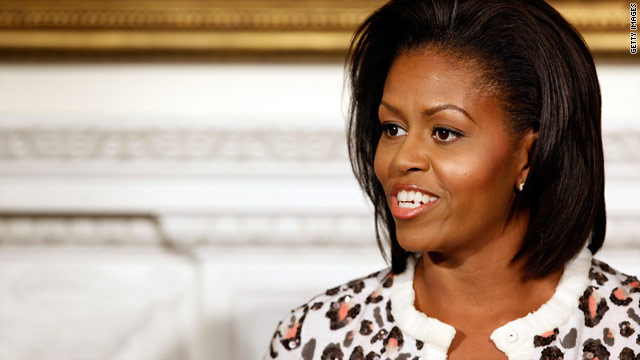 (CNN) -- The first lady of the United States has opened up the White House to the Food Network in an episode of "Iron Chef America" that will air in January.

Michelle Obama will appear on the show and announce the "secret ingredient" to the chefs before the competition. The episode, which has already been filmed, will feature chefs using ingredients that were grown in the Obama family's White House vegetable garden.

This will mark the first time that a first lady has appeared in a reality television series. Obama agreed to take part in the show as part of her efforts to promote healthy living to the American public.

During her appearance, Obama spoke about the influence that cooking shows like "Iron Chef" have on the American perception of healthy foods.

"It's going a long way to help change the way this country thinks about food," she told the chefs.

The first lady has begun a crusade to get Americans, particularly children, to follow a healthier diet. She launched the Healthy Kids Initiative to encourage healthier eating and urge children to reject fast food.

White House aides said that Obama's willingness to appear on the program and invite the show into her home proves her dedication to this cause.